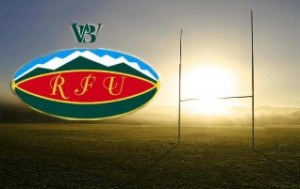 The NZRU has announced a national under 19 rugby tournament for rugby players who have left college as part of a nationwide strategy. The WBRU has been a front runner in supporting the new tournament to be held in Taupo from 27th September 2014.

The tournament will consist of all the 14 ITM Provincial Unions, an additional team from Auckland and the NZ Heartland team.

“This is the final piece the jigsaw to create a career path at all levels in the game. It also gives a the union an opportunity to build depth and a tool for clubs to encourage players to reach higher honours on a national stage” Hargood said

“However for this to be successful, we need to put a few stepping stones along the way and it provides a great opportunity now to start the first WBRU colts competition in nearly a decade to be held at the end of the club competition for a four week period. A WBRU under 19 side will be selected and the team will play in a 3-4 game competition with the best Wairarapa Bush under 19 players being selected for the NZ side.”

The WBRU board and council of clubs have approved the formation of a 4 to 6 team colt’s competitions and have allocated funding for the colts competition and the new WBRU under 19 side.