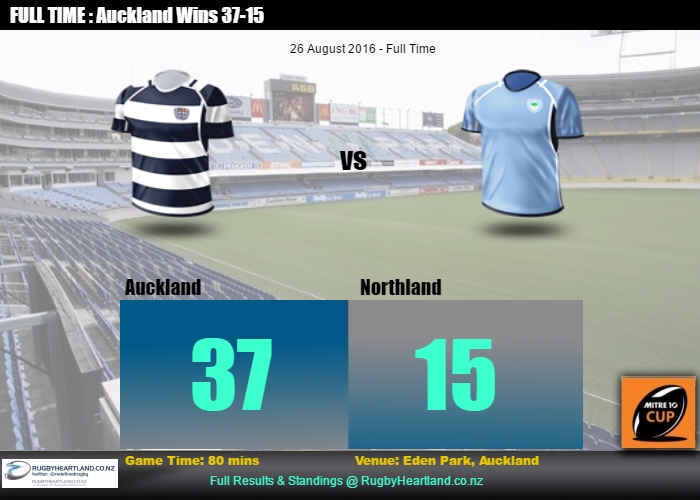 Auckland got their season back on track after claiming a deserved 37-15 victory over Northland at Eden Park on Friday.

The home side had plenty to prove after suffering a humiliating defeat against Canterbury in their tournament opener last weekend and did just that, outscoring their visitors by five tries to two.

All Blacks back-row Steven Luatua led the way with a brace of five-pointers while Simon Hickey contributed 12 points, thanks to two penalties and three conversions, in a match which was played in difficult weather conditions with heavy rain and a strong wind prominent throughout. 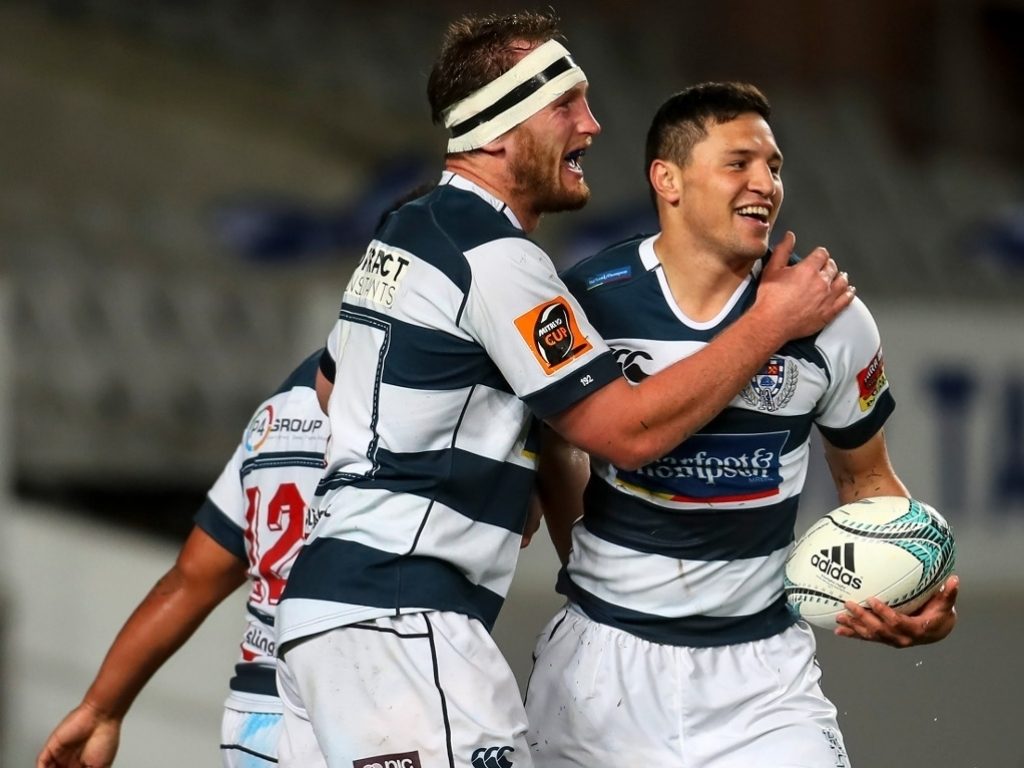 The opening period was fairly even and after Peter Breen and Hickey traded early penalties, the game came alive in the 13th minute when Monty Lama failed to deal with an up-and-under from Hickey, just outside Northland’s 22. Melani Nanai gathered the loose ball before offloading to Pryor Collier who got over for the opening try.

Hickey added the extras and the home side continued to dominate for the next 20 minutes, spending large periods camped inside Northland’s half of the field.

Auckland’s dominance was rewarded in the 26th minute when Kurt Eklund scored their second try off the back of a lineout drive deep inside Northland’s 22.

Shortly before half-time, Northland took the ball through several phases inside Auckland’s 22 before Josh Larsen crossed for their second try from close quarters and although they failed to convert, the visitors were still in this game with the score at 15-8 to the hosts at half-time.

The second half started similarly to the first with Auckland in control of proceedings and Hickey extended their lead in the 45th minute via another penalty.

Ten minutes later, Luatua got his name on the scoresheet when he barged over for his team’s third try from another lineout drive and he soon had his second try after taking a tap penalty close to Northland’s try-line.

Northland struck back with a try from Jone Macilai in the 68th minute but Auckland sealed their win when Vince Aso dotted down five minutes later.