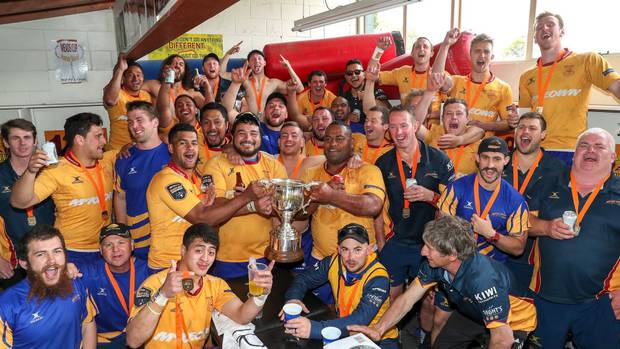 Having lost 27-22 to Wanganui during the round robin, North Otago doubled their resolve for the home final in Oamaru, led superbly by acting captain and veteran prop Ralph Darling, who did everything from the carries, to the lineout throws, and even a stunning drop kick from behind a 10m ruck near halftime.

Wanganui had been trying to become the first union to win the Meads Cup after losing their opening three games, but backing up from a physical semifinal win over defending champions Thames Valley in Paeroa the week before, they were bashed up around the fringes by a dominant home forward pack.

Lock and tryscorer Charles Elton, backed up by hooker Hayden Tisdall, No 8 Josh Clark and live wire fullback Patrick Pati, had earned the right to lift the silverware.

Masoe and Darling have now joined very elite company, which previously only included Wanganui players, to have won three Meads Cups in their careers.

North Otago started exactly as they did against Wairarapa Bush, as following lost Wanganui ball they worked through 15 phases with superb control, and from the 2m ruck recycle, Elton drove towards the posts and got the ball onto the padding, setting up an easy conversion for halfback Robbie Smith.

Wanganui won the kickoff through winger Shai Wiperi and then got a succession of penalties as the home side rushed up too quick, setting for two drives from the lineout.

But they were stopped, while fullback Nick Harding was away with a penalty attempt which the wind pushing the ball off on the left hand angle.

A Wanganui infringement in their own half, after North Otago quickly ran back their shallow clearances, set up a penalty for Smith to make it 10-0 in the 16th minute, and they were soon back again as the pack controlled the ball for another 17 phase attack before the defenders earned a relieving ruck penalty.

Trying to manufacture an opening, Harding went for a chip kick on halfway, but the bounce was perfect for Masoe to charge through an exposed back field and draw Wiperi to put winger Adam Johnson over untouched.

Wanganui had chances with flanker Angus Middleton and lock Josh Lane trying hit-ups, but lost ball in the carry was really hurting, then Pati ran wide through a big gap and found Tamou with him.

Tamou set up winger Howard Packman, who just maintained his footing through Wanganui winger Vereniki Tikoisolomone’s diving tackle to run back towards the posts, with Smith adding his 101st points of the season with the conversion.

At 22-0 after 27 minutes, Wanganui were in trouble, but responded well after Smith put a box kick out of the full, as captain Campbell Hart and No 8 Ezra Meleisea made short offloads for Wiperi to hit a gap and find halfback Lindsay Horrocks back inside to score beside the posts for 22-7.

Another 12 phases of carrying brought North Otago close enough for Smith to try a drop goal, which was partially charged down, and from a close ruck, Darling of all people took the snap and sent it down the middle with two minutes left until halftime.

Finding the wind not as strong as when they were going into it, Wanganui still made a comeback as they advanced from a 22m lineout, with centre Amos Pogia getting the pass from Middleton to attack the line, and then two rucks later, first-five Dane Whale fed Middleton, who showed great strength to stay on his feet in Pati’s tackle and twist over the tryline, with Harding converting in the 44th minute.

Yet North Otago proved they could play without the conditions in their favour, as they worked up from the kickoff and got a penalty advantage to retain control for another 17 phases, with Tamou attacking the tryline, and although the ball popped out loose, Smith quickly grabbed it and found defenders and attackers were still tied up, slipping through beside the maul for 30-14.

Wanganui began going to their bench, having already brought on prop Raymond Salu for Wiremu Cottrell before halftime, as reserve Ethan Robinson tried to set up a play with veteran Penijamini Nabainivalu.

From the ruck near halfway, lock Sam Madams fed the pass to Tikoisolomone, who dashed through the gap and ran right around Johnson to beat Pati with the dive at the corner flag – with the try awarded after the TMO gave the thumbs up.

It was Tikoisolomone’s 13th try of the season, just behind the Heartland record of 14.

Harding had only just been replaced and Whale could not add the difficult sideline extras, but hope was still alive for the visitors at 30-19 entering the final quarter.

It proved a false hope as they struggled to get out of their half, with North Otago still pressing relentlessly, which saw Wanganui offside following a defensive lineout to give Smith a 24m penalty chance and he took his team two converted tries ahead.

North Otago then camped in Wanganui’s half, as they made desperate errors trying to break out, and although Smith missed the match-winning kick with eight minutes left, the defence of Darling and his forwards meant they stayed deep inside the attacking 22m, right up to the final whistle. 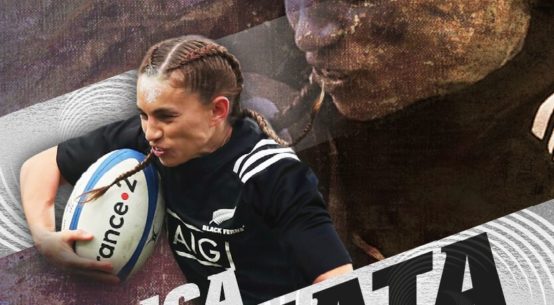 Provincial pride on the line at Regional Sevens