Semi-finals and finals continued around much of the country this week.

University beat Grammar TEC 29-26 in a truly epic Gallaher Shield final at Eden Park. The final went to overtime after scores had been locked at 19-19 at the end of 80 minutes. It was then 26-26 all after the first period of extra-time, but University kicked a penalty with about a minute remaining to give them the lead for the first time and ultimately victory.

Mount Maunganui beat Whakarewarewa 26-23 in the final of the Premier Baywide competition on Saturday.

Played in fine sunny conditions, Mount Maunganui led 16-8 at halftime, extending this to 23-8 early in the second half. But Whakarewarewa roared back with a converted try and penalty to trail 23-18 with 20 minutes still to play. Whakarewarewa then scored another try and it was 23-23. However, with several minutes left, Mount Maunganui kicked the winning penalty and they held on to the end. 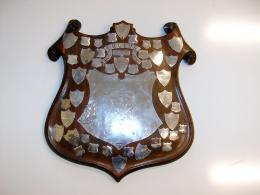 High School Old Boys and Sydenham will meet in next Sunday’s final.

Bombay defeated round-robin winners Karaka 16-10 to win the McNamara Cup, to be crowned 2014 Counties Power Premier Club Rugby Champions. In a tight and willing final, scores were locked at 10-10 at halftime. Both sides had chances in the second half, but two penalties won the match for Bombay.

Paraparaumu defeated Shannon 12-9 in the final.

University led 6-3 early, But Taieri went on the rampage and scored 48 unanswered points. They led 29-6 at halftime.

Top qualifiers Woodlands made it three titles in a row, beating Marist 32-3 in the final at Rugby Park, Invercargill. Woodlands led 24-3 at halftime, and then turned their attention to tightening up their defence and holding off Marist throughout much of the second half.

Inglewood defeated Coastal 35-14 in the final of the Taranaki Premiership last week.

The Nelson Bays and Marlborough finals were decided last week:

The semi-final results from the previous week were: Hamilton Marist 34 – University 28
and Hamilton Old Boys 23 – Otorohanga 13

Jubilee and Hardham Cups Round semi-finals

Hutt Old Boys Marist will play Wainuiomata in next Sunday’s Jubilee Cup final, while in the curtain-raiser, Northern United will play Poneke in the Hardham Cup final.