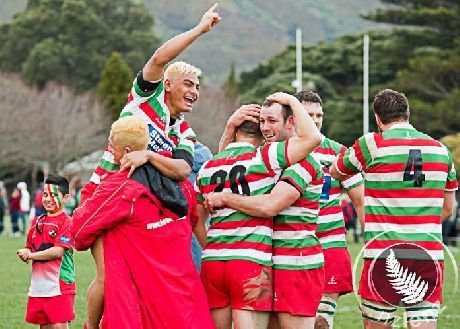 Above: HOBM wing Fereti Soloa leaps for joy as the Risdon brothers embrace – straight after HOBM had defeated Wainuiomata to win the Jubilee Cup final 14-11.

Hutt Old Boys Marist is victorious in the 2014 Jubilee Cup, taking down Wainuiomata 14-11 at a packed Hutt Recreation Ground this afternoon.

Led by their inspirational skipper, Jason Risdon, the Eagles came from behind to win the grand final in a nail-biting encounter.

It really could have gone either way, and both teams were worthy finalists, but a solitary penalty kick was all that separated these two giants of Premier rugby this season.

The supporters came out in droves and displayed that club rugby and grassroots levels truly are the heart of rugby in New Zealand. One could be mistaken for believing the match was being play over the other side of the hill, with the strong green and black support evident for all to see.

The first half was a titanic struggle in a nervy game of finals footy, neither team wanting to roll the dice and take 50/50 risks.

Despite Wainuiomata controlling the territorial advantage they failed to mass early points on their opposites. Josh Robertson-Weepu, in his debut Premier season, was simply superb at fullback for the Nui. His tactical nous led them into the right areas of the field in the opening 40, keeping HOBM’s electrifying attack at bay. 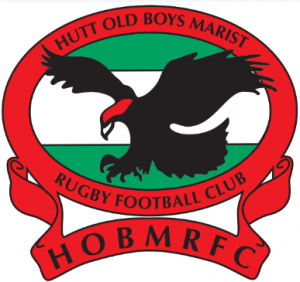 Two failed penalty attempts in the early stages would eventually cost Wainuiomata the match; however, it was always going to go down to the wire. Marist, on the other hand, opted for a lineout over points and backed their drive for maximum points before sloppy handling cost them first half points.

The first half pressure would finally crack when Shahn Eru crashed over for Wainuiomata’s first and only try of the afternoon after some belligerent forward attack, throwing everything at the Eagle’s line. The first try would go unconverted, however, Tyler Tane would redeem himself with a solid penalty just before the break pushing the margin to eight points and, more impressively, keeping the best attack in the competition scoreless.

No one would suspect the second half would keep HOBM off the scoreboard once again, and it didn’t. A tale of two halves played out in the second half as teams slugged it out blow for blow. But it was Hutt Old Boys Marist who found second gears where Wainuiomata began to waiver.

HOBM wing Chase Tiatia added to his try-scoring haul this season (16 tries in total) igniting the home side’s comeback. Sheridan Rangihuna would fail to add the extra’s but played a vital role later in the piece.

Josh Robertson-Weepu’s afternoon was cut short as he required medical attention and hobbled from the field. His role was vital and with him out of the equation Wainuiomata lost their direction and with it, the possession.

A flock of seagulls blanketed the Hutt Valley skies in the final ten minutes (but for poetic sake let’s call them Eagles) as Rangihuna lined up his third and game-defining penalty right in front of the sticks. He made no mistake and drilled it between the posts.

HOBM ran the clock down in the final few minutes and sent the home support into a rapturous frenzy. All spectators had been treated to a quality tussle of finals rugby.

Greg Lealofi was outstanding at openside flanker in a losing effort, competing hard at the breakdown and defensively robust, likewise Marvin Karawana in the midfield providing impetus in attack.

The locking stocks for HOBM were immense. Jeremy Thrush’s experience and skill-set certainly added punch and leadership while his partner in crime, Steven Bradshaw, was a lineout thief and got through a tonne of breakdown work and in so doing, took home the Jim Brown medal for player of the final, richly deserved.

You really could mention all 16 forwards in some way or another, as was the quality and effort exhibited in desperation.

There were few long-range attacking efforts from either side, however, Chase Tiatia and his bleach-blonde buddy on the right wing, Fereti Soloa, were slippery customers and added real spark throughout the encounter.

Wainuiomata have had an impressive Jubilee Cup campaign and have fallen oh so short in their debut Jubilee final. HOBM have now won their second title, seven years after their first over Marist St Pat’s.

In such a tight premier competition in 2014, HOBM’s win deserves an exclamation mark at the end! 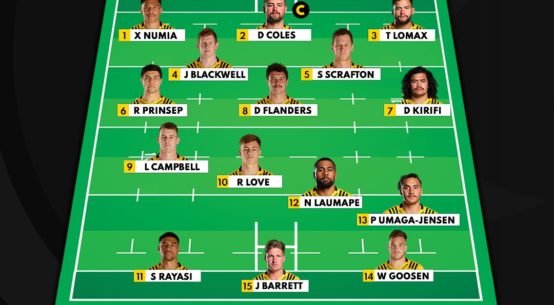 DANE COLES TO LEAD HURRICANES AGAINST THE CHIEFS