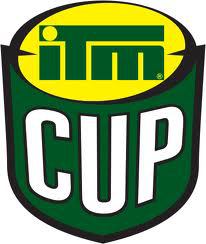 Three second half tries for Waikato saw them come from behind to draw 19-19 with Taranaki in their second pre-season hit-out at Island Reserve in Otorohanga.

Trailing 12-0 midway through the second half, Waikato produced a strong last quarter to storm back into the match and had the chance to win it with a Damian McKenzie conversion on fulltime, but it drifted just wide.

The opening exchanges of the match were scrappy but full of intensity as both teams stepped it up a notch from their opening pre-season games.

Taranaki looked the sharper side early on and smooth hands through their backline from an attacking scrum saw centre Seta Tamanivalu cross the line for the opening try.

Waikato was then able to earn more territory and possession and went close on several occasions but a combination of poor execution and good Taranaki defence stopped them from getting over the line.

For the final 10 minutes of the half Taranaki were reduced to 14 men when halfback Jamison Gibson-Park was sin-binned, and Waikato looked likely to take advantage.

However a mounting penalty count slowed their momentum and the Taranaki defence remained resolute.

Somewhat against the run of play Taranaki worked their way downfield and rumbled over the line for their second try, to hooker Timo Tutavaha, right on the stroke of halftime which gave them a 12-0 lead at the break.

The Mooloo Men began to look a lot better as the game wore on and some impact was brought on off the bench.

They finally breached the Taranaki line in the 58th minute when replacement halfback Brad Weber plucked a one-handed intercept off the back of a Taranaki five-metre defensive scrum.

Five minutes later Taranaki made Waikato pay for some poor defence and scored their third try, to wing Jackson Ormond, in one of their only second half visits into the Waikato 22.

With just five minutes remaining Taranaki held a 12 point lead and, despite Waikato gelling on attack, the visitors looked to have the match sealed.

But with five minutes remaining Waikato set up an interesting finish when replacement prop Atu Moli made a strong run and then produced a magnificent reverse flick pass back inside to replacement centre Chauncy Edwardson who scooted away under the posts.

Then, right on fulltime, Waikato were hard on attack for several phases before wing Shayne Anderson barrelled his way over in the tackle of several defenders.

With the scores now tied McKenzie had the conversion attempt from 10 metres in from the right hand touchline to take an unlikely win, but it was pushed wide and the match was drawn.