Ricoh Wellington Lions head coach Chris Boyd has named his 2014 squad ahead of the team’s first home match against Waikato this weekend.

Boyd has had his fair share of pre-season injury woes to deal with, but has put together a side he is confident will perform well in this year’s provincial competition.

A recent injury to first five-eighth Riki Flutey has allowed Samoan international Fa’atonu Fili to come into the squad, while Samoan U20 captain Henry Stowers, and young wing Chase Tiatia, have also been included.

New caps to the side include backs Wes Goosen, Sam McNicol and Tiatia, along with forwards Leni Apisai, Christian Lloyd, and Stowers.

The Lions will be led by a new captain this season, with Petone loose forward Brad Shields given the reins.

The side’s first match is against Waikato at Westpac Stadium on Saturday, August 16, kicking off at 6.35pm. 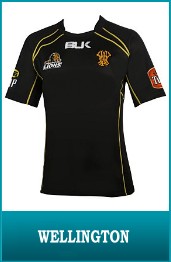 Counties come back to register draw against Taranaki

Poverty Bay beaten but not disgraced