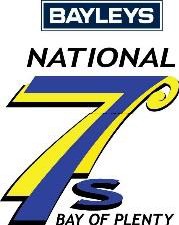 A star-studded line-up of All Blacks Sevens stars from the past and present will be a feature of the opening day of the Bayleys National Sevens which kicks-off at Rotorua International Stadium this Saturday.

The bulk of the All Blacks Sevens squad will also be turning out for their provinces as players get in valuable game time ahead of the next two legs of the HSBC Sevens World Series in Wellington (6, 7 February) and Las Vegas (13-15 February).

This is the second year Rotorua has hosted the national tournament and Tournament Director Allison Stewart said the city was gearing up for an exciting two days of fun and sevens rugby.

“There will be something for everybody over the two days – great music, family fun and of course sevens rugby at its best.”

A total of 16 men’s and 10 women’s teams are taking part, with Wellington the defending men’s champions bolstered by All Blacks Sevens Lote Raikabula and Ambrose Curtis. The defending women’s champions, Manawatu, are once again expected to be led by New Zealand Women’s Sevens captain Sarah Goss. Most of the current women’s squad will also be representing their provinces.

A highlight of day one will be an invitational match featuring the legends of the game which takes place following the 2pm opening ceremony. Rugby stars running out include All Blacks loose forward Liam Messam, who won two Commonwealth Games gold medals (2010 and 2006) during his time with the national sevens side.

All Blacks Sevens Coach Gordon Tietjens said he was keen for all of the national team players to do their bit to promote the game which debuts at the Olympics in Rio de Janiero next year. He was also looking forward to assessing the form of current players as the team prepares for Wellington and Las Vegas, as well as keeping an eye on emerging players. Tietjens will confirm one more player for his contracted squad after the tournament, while two wider training group spots also remain up for contention.

New Zealand Women’s Sevens Coach Sean Horan will be watching the form of players closely as he looks to finalise his 2015 contracted squad of 20 shortly after the tournament. The squad then assembles in Mount Maunganui on Monday 26 January to prepare for the second leg of the World Rugby Women’s Sevens Series in Sao Paulo (7, 8 February).

This weekend’s competing sides had to qualify by attending one of three regional tournaments (the Southern, Central and Northern regionals).

Tournament details
The Bayleys National Sevens will be held on Saturday and Sunday at the Rotorua International Stadium. Daily tickets are $15 adult, $5 child and a family of four (two adults and two children) is $35 per day. Tickets available from Ticketmaster or the stadium.

SKY Sport will broadcast both days live from 10am.

Matches start from 10:05 NZT, with the final match of the first day at 18:40 NZT, while day two will see the knockout matches played before the Women’s Final at 4.55pm and the Men’s Final at 5.30pm.