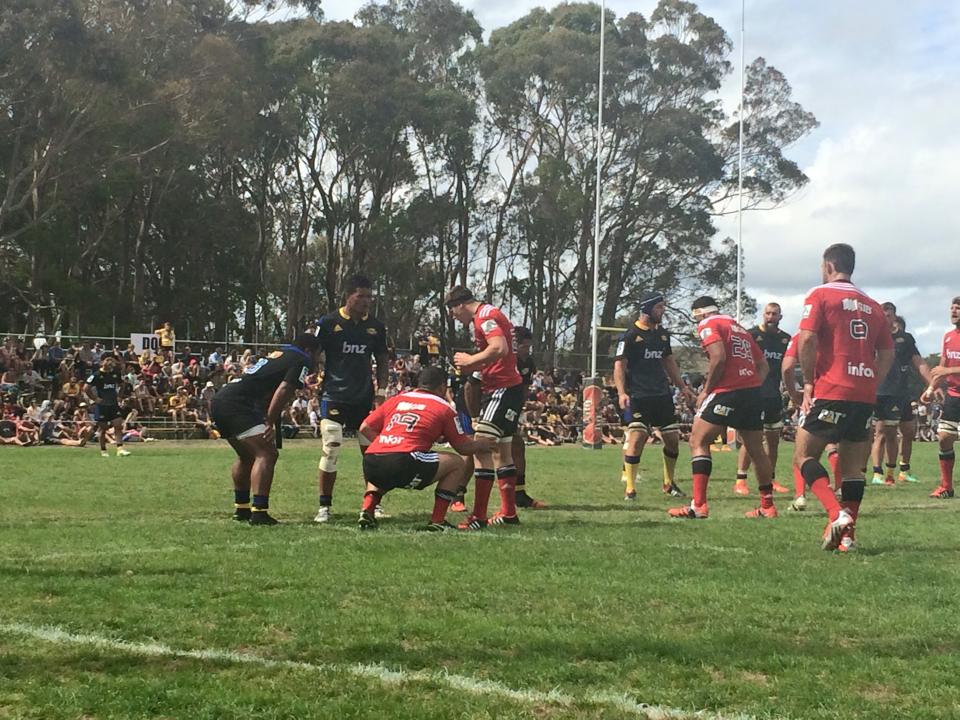 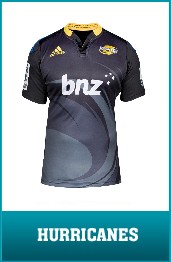 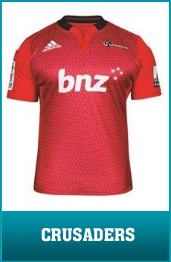 The Hurricanes have retained the Great Big Tui Cup in Eketahuna, defeating the Crusaders 41-31 in a pre-season Super Rugby fixture.

The game was divided into four quarters. The Hurricanes, with a strong opening quarter, surged ahead 17-0 and settled victory in that first 20 minutes.

The Hurricanes’ first try was scored by blindside flanker Brad Shields, who barged over after a series of pick and goes and some nice breaks by fullback Nehe Milner-Scudder and No. 8 Blade Thomson.

Jason Woodward scored the Hurricanes’ second try, after slick hands from the backline. Woodward, playing on the left wing, crossed in the right corner, and then prop Ben Franks stormed through from 10 metres out to score popular prop’s try.

The Hurricanes extended their lead early in the second quarter when Hawke’s Bay lock Geoff Cridge over from close range after a strong surge by second five-eighth Rey Lee-Lo who had a good game returning to Hurricanes colours after a season with the Crusaders.

Then Crusaders captain and flanker Matt Todd scored from a pick and drive for the Crusaders, followed by a blistering 80-metre runaway try to Crusaders left wing Johnny McNicholl.

The Hurricanes scored their fifth try just before halftime, with prop Reggie Goodes picking and driving after a solid build-up.

Woodward slotted his third conversion just before halftime, putting the Hurricanes 19 points ahead at the half time interval.

As expected, both sides made numerous changes at halftime, including the introduction of Dan Carter for the Crusaders midway through the third quarter.

The game lost its momentum for long periods before Matt Proctor sparked the Hurricanes back into life, charging through the Crusaders midfield off a scrum, beating Jed Brown and then burning off McNicholl to score a 60 metre try in the corner.

Woodward landed the conversion to Proctor’s try and the Hurricanes led 38-12 with the third quarter break called for.

The Crusaders broke through early in the fourth quarter, with Dan Carter flicking a pass on to centre Robbie Fruean to dot down in the corner. Carter slotted the conversion to close the margin to 38-19 with 15 minutes remaining.

Replacement Crusaders back Rob Thompson made a sweeping run up the sideline and linked up with Fruean who raced in to score his second try. Carter pushed a more handy conversion wide and the Hurricanes now led 38-24 with about 10 minutes remaining.

Fullback David Havilli ran through to score another try for the Crusaders, converted by Carter, to make it a 38-31 with a few minutes to play.

The Hurricanes attacked the Crusaders line in the dying minutes. Awarded a penalty, Otere Black stepped up to the tee from 40 metres out and extended the score to 41-31.

The Crusaders played with vigour to the end, but the Hurricanes held on as some of the 4,000 strong crowd flocked on to the field for autographs.

The Hurricanes play their second pre-season fixture next weekend in Auckland against the Blues, before jumping on the plane for South Africa to open their 2015 Super Rugby campaign against the Lions and the Bulls.