A last-minute penalty from Aaron Cruden helped the Chiefs to a 19-17 win over the Brumbies at Yarrow Stadium in New Plymouth on Friday.

Aaron Cruden kicked a last-minute penalty goal to give the Chiefs a 19-17 win over the Brumbies in New Plymouth.

The Brumbies will have plenty of regrets. They controlled the ball well during the early stages, and their forwards were especially dominant at the breakdown. Unfortunately, in the second half, they began to concede turnovers at the rucks and through handling errors. These mistakes allowed the Chiefs to hit back and eventually win the game.

Before kickoff, the Chiefs suffered a double blow with news that All Blacks Sam Cane and Sonny Bill Williams had been ruled out. Replacement openside Tevita Koloamatangi was injured in the first quarter. It wasn’t looking good for the Chiefs, even though they managed to scrap their way to a 13-11 half-time lead.

The Brumbies turned down several attempts at goal during that first period. They also missed three goal kicks. They should have been ahead at half-time, and by more than one score.

Cruden was good in his first game back for the Chiefs. His accurate goal-kicking kept the hosts in the contest, although it would take another big mistake by the Brumbies to give the Chiefs a shot at victory.

With less than four minutes to play, a Cruden cross kick in the Brumbies’ 22 went into touch. The Brumbies needed to secure possession from the lineout, and clear their lines. Instead, they knocked on at the set piece, and gifted the Chiefs one final scrum.

The hosts showed good composure, and after a few phases, were awarded the penalty. Cruden nailed the kick to give the Chiefs their second win in as many weeks. 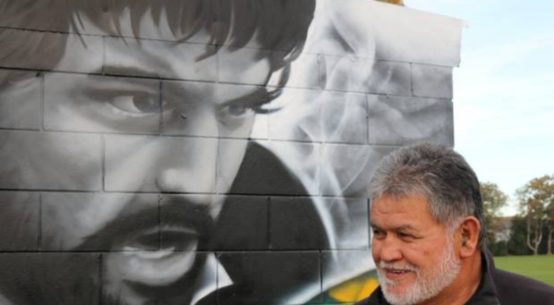