The Stormers eventually prevailed 27-16 against a depleted but plucky Blues outfit at Newlands .

The Blues’ aggression was ultimately their undoing. They took the fight to the Stormers at the scrums and breakdowns in the first quarter, and that physical dominance was rewarded with two penalty goals. However, the game would take a different course after Hayden Triggs was red-carded for foul play.

The Blues lock punched Stormers captain Duane Vermeulen in an off-the-ball scuffle, and was eventually given his marching orders by referee Craig Joubert. The transgression meant the Blues had to play out the remaining 55 minutes with only 14 men.

Dillyn Leyds’ try from broken play and Demetri Catrakilis’s accurate goal-kicking saw the hosts extending their lead to 18-6 at half-time. From there, one would have expected the Stormers to hand the Blues a hiding and pile on the points.

And yet, despite the numerical advantage, they continued to battle up front. Ihaia West kicked a penalty goal for the Blues at the start of the second half, and a try by Jimmy Cowan in the 51st minute ensured the visitors remained in the contest.

It was here where Vermeulen’s captaincy was put to the test. He recognised his team was struggling to get clean ball at the breakdown, and that the Blues’ defence was succeeding in stifling and disrupting the Stormers attack.

Instead of going all out for the two tries that would earn the Cape side a bonus point, Vermeulen instructed Catrakilis, and subsequently Kurt Coleman, to kick for goal when the Stormers received a penalty. This ensured the Stormers remained two scores ahead of the Blues, who clearly hadn’t given up hope of an upset.

The Stormers did enough in the final quarter to secure the result, but not the bonus point. While they’ve now won two from two, they should have done better in the fixture at Newlands. The opportunity was certainly there to bag five log points against a side reduced to 14 men.

The Blues have only themselves to blame for the result. They battled gamely after losing Triggs, but the odds were always against them winning the game a man short. Their indiscipline cost them dearly. 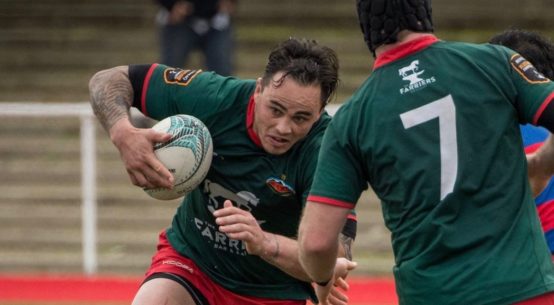