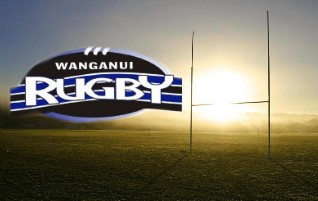 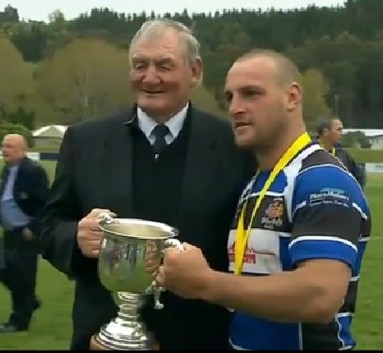 North Otago, who were beaten by Mid Canterbury in last year’s Meads Cup final, had a chance to claim a last-minute win with a long range penalty goal by replacement five-eighths Stephen Fenemore but his 45m attempt was just out to the left of the goal-posts.

Both teams scored two tries as Wanganui claimed their first title since winning the Meads Cup in 2011.

They were the beaten finalists in 2012.

Wanganui head south to Levin to face Horowhenua Kapiti to open their 2015 campaign.

North Otago, playing into a strong wind in the decider last year, scored first when first five-eighths Ben Palmer made an outside break to elude the Wanganui defence in the 20th minute and converted his try.

But Wanganui replied in the 35th minute when Lindsay Horrocks got across after a strong drive by the forwards and fullback Ace Malo added the conversion.

Locked at 7-7 until the 65th minute when replacement forward Mark Hudson made a barrelling run down the midfield, Wanganui broke the home team’s stranglehold and some sterling defence. The forwards battered away at the North Otago line in some strong surges only to be beaten back by the home defence.

However, when they released the ball to the backs it was second five-eighths Rhema Sagote who took the reverse pass from his five-eighths to cross close to the posts for Malo again to add the conversion.

North Otago made a desperate effort to clinch the game and when a Wanganui clearing kick didn’t find touch, the ball was moved left and wing Martin Vocea crossed wide out but the conversion was unsuccessful and after the penalty attempt a few moments later was also wide it was Wanganui who claimed the silverware. 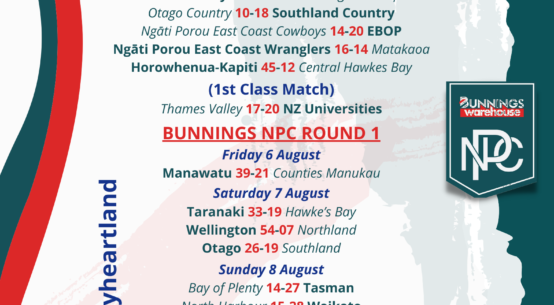 FINAL SCORES from the weekend in New Zealand