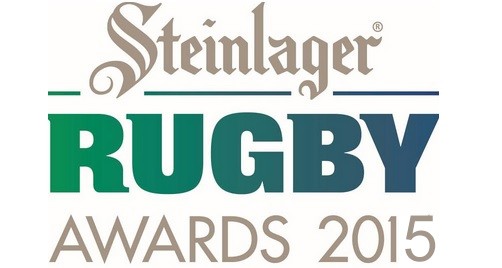 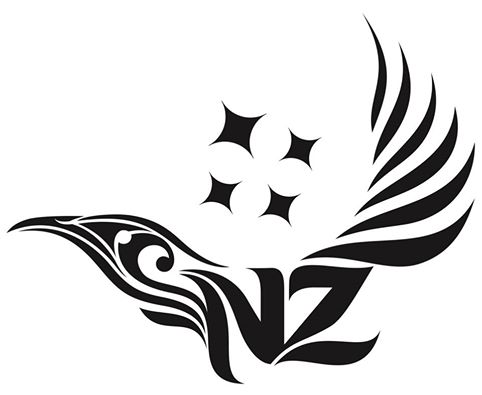 The World Champions have been crowned the adidas Team of the Year for the fifth year in a row.

All Blacks centurion Ma’a Nonu is this year’s winner of the Kelvin R. Tremain Player of the Year award after an outstanding final year in the black jersey.  Nonu was a huge presence from start to finish this season. Always dangerous on attack, he scored five Super Rugby tries, an incredible double against Australia to secure the Bledisloe Cup in Auckland and a phenomenal try in the World Cup Final.

Now playing in France, Nonu said in a video message; “I’ve really been humbled and grateful to be part of the All Blacks and representing my country.” After thanking coaches and players, he had a special word for fans. “Very grateful that you guys  always supported me over the years and I thank you very much.”

The winners were unveiled at a glittering event at the Viaduct Events Centre in Auckland tonight.

All Blacks Head Coach Steve Hansen was also named Coach of the Year for the fourth successive year.

Under his guidance, the All Blacks became the first team to win the Rugby World Cup for a third time and the first to win back-to-back World Cups. The team also enjoyed a clean sweep against England in the Steinlager Series, retained the Bledisloe Cup for the 13th year in a row, and lost just one match to Australia in 2015.

Their success was also recognised by their international peers last month when they were named World Rugby Team of the Year.

“We thank the parents, the coaches, and the many other volunteers who put in countless hours at practice, on sidelines, in clubs, nurturing the game, and fuelling the ambitions of young players. You all can take credit for the achievements we celebrate tonight.”

Off-field heroes recognised
The Steinlager Awards also honour those who make a significant difference to the game off the field, with Canterbury rugby stalwart and former NZR Chairman Mike Eagle awarded the 2015 Steinlager Salver which recognises an outstanding contribution to the game.

Eagle served on the NZR Board for 12 years, four as Chairman until his retirement in 2014. It was a time of considerable challenge and opportunity for the game with the loss of Rugby World Cup 2003 co-hosting rights, the British and Irish Lions Tour in 2005 and Rugby World Cup 2011.  He also undertook significant roles with Canterbury Rugby in the 1990s with the development of the professional game and establishment of the Crusaders.

Volunteers are the life blood of rugby. A hard-working couple from Stokes Valley RFC in Lower Hutt were named the Charles Monro Volunteers of the Year. Club Captain Vio Ugone and Treasurer-Secretary Tania Karaitiana were recognised for helping to revive the club by recruiting volunteers, improving its finances and upgrading facilities.

Player achievements celebrated
2015 was an outstanding year for Highlanders first five-eighth Lima Sopoaga who also earned his first All Blacks cap this year. His accurate kicking and shrewd ball distribution played a critical role in helping steer his team to their first ever Super title. He was the season’s top points scorer and was deservedly honoured as the Investec Super Rugby Player of the Year.

This year’s World Rugby Breakthrough Player of the Year Nehe Milner-Skudder (Ngati Porou/Tapuika) displayed plenty of stunning footwork in his debut year as an All Black, dotting down eight times. His crowd-pleasing form saw him named the Tom French Memorial Maori Player of the Year.

It was a big season in sevens with both men’s and women’s teams qualifying for the Olympics next year. Tyla Nathan-Wong was a key member of the New Zealand Women’s Sevens team which won their third successive Women’s World Series title. Her speed and accuracy saw her earn the Women’s Sevens Player of the Year Award.

New captain Scott Curry was a stand-out player for the All Blacks Sevens in an increasingly competitive World Series. His impressive power and strength on attack and defence saw him named the Richard Crawshaw Memorial All Blacks Sevens Player of the Year.

It was a big year for the Black Ferns who swept aside hosts Canada, England, Samoa and the USA in winning the inaugural Super Series. Half back Kendra Cocksedge played a pivotal role in the series win, and in addition was the first player ever to score 500 Women’s Provincial Championship points. She was deservedly the New Zealand Rugby Women’s Player of the Year Award, capping off a year where she was also the World Rugby Women’s Player of the Year.

Storming midfielder George Moala was devastating on attack for Auckland in the ITM Cup, where his speed and strength saw him cross the line 10 times in 12 games and helped propel his team to the Premiership Final. He is this year’s ITM Cup Player of the Year.

Strapping loose forward Akira Ioane had a stellar 2015. He was named Age Grade Player of the Year after a great debut season for the Blues and playing a key role in the World Championship-winning New Zealand Under 20 team. He topped that off with selection for the Maori All Blacks.

Glen Jackson picked up the Referee of the Year Award for the third successive year after an outstanding 2015 where he became the first person to both play and referee over 100 first class matches. Active throughout the Rugby World Cup as both a referee and assistant, he also oversaw Six Nations matches this year and 11 Super Rugby games.

One of the best defenders in the Heartland Championship, Lindsay Horrocks was a standout at halfback for Wanganui and was named the Pink Batts Heartland Championship Player of the Year. Known for having a solid pass, he played a pivotal role in Wanganui’s Meads Cup success, and was recognised with selection in the New Zealand Heartland XV.

The sensational end-to-end try by Wanganui against South Canterbury in that Heartland Final was not only a stunning effort, it was also hugely popular, earning the scorer, Samu Kubunavanua, the Sky Television Fans Try of the Year Award.

adidas Team of the Year
WINNER: All Blacks