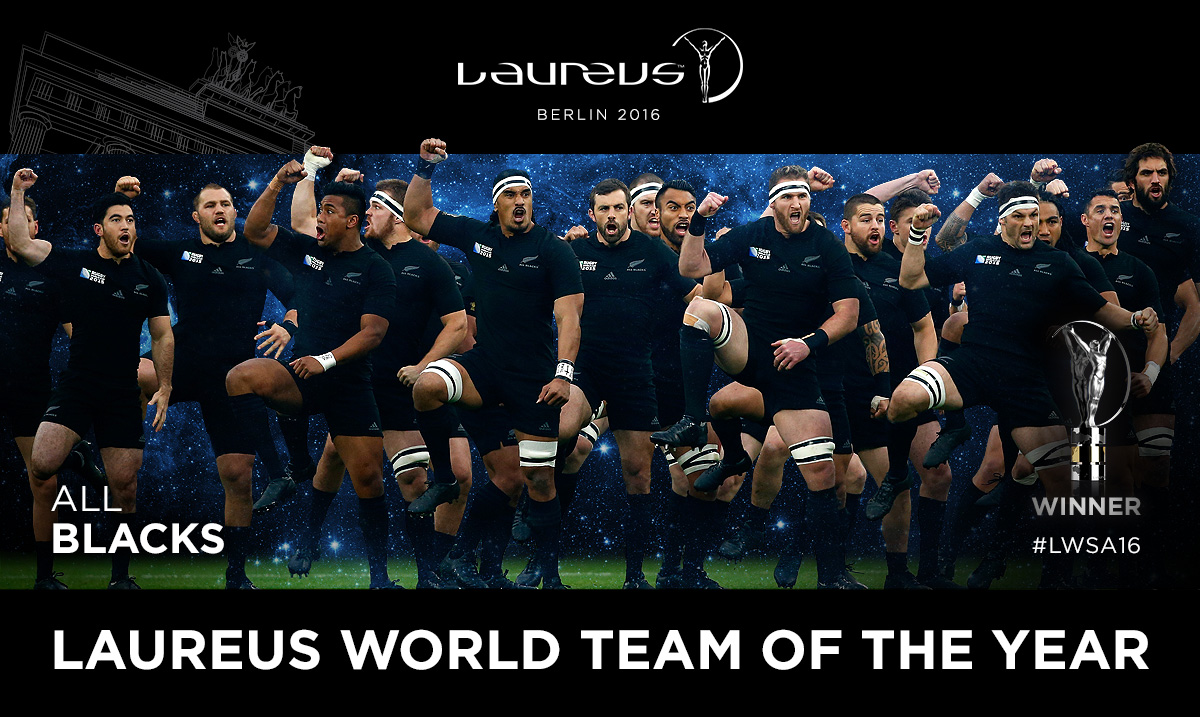 The All Blacks have beaten out five other nominees to be named the Laureus World Team of the Year while Dan Carter has scooped comeback of the year in Berlin this morning (NZT).

It was the first time the All Blacks have won the award after six previous nominations. Other nominees this year included the Golden State Warriors from the NBA and Spanish football powerhouse FC Barcelona.

All Blacks coach Steve Hansen and former Captain Richie McCaw were on hand to receive the award in Berlin. The award recognised the All Blacks as the first team to ever win back-to-back Rugby World Cup titles after triumphing in New Zealand in 2011 and England in 2015.

Richie McCaw said: “We are a little country from a long way away, so to be nominated and sitting amongst all the people here tonight is amazing. After winning the Rugby World Cup in 2011 we set about a plan to do it back-to-back – which no other team had done.

All-time leading Test rugby point scorer Dan Carter was recognised with the Comeback of the Year award for returning from injury to produce a match-winning performance in the 2015 Rugby World Cup final.

While humbled by being recognised individually, Carter said he was proud to be a part of the first All Blacks team to win the World Team of the Year award

“The team was all about creating history. No other nation had won back-to-back World Cups; no other All Blacks side had won a World Cup outside New Zealand, so to be able to achieve that was a pretty proud moment, and yes, it was a pretty special team and I was thankful I was able to be a part of it.”

Berlin, 18 April, 2016 – Rugby was the other big winner with the All Blacks taking the Laureus Team of the Year Award.

They became the first team to win back-to-back Rugby World Cups and the first to win the competition three times. Led by coach Steve Hansen and captain Richie McCaw, who retired afterwards as the most capped player in Test history, they were inspired by Dan Carter, who was named Rugby Player of the Year. This is the sixth time the All Blacks have been nominated for this Award.

Berlin, 18 April, 2016 – It was a triumphant comeback for Carter who missed most of the 2011 Rugby World Cup with an injury and has struggled with problems for years. In the final he kicked four penalties, two conversions and a drop goal and was named Man of the Match.

He was also named World Rugby Player of the Year after the Rugby World Cup, when the New Zealand All Blacks became the first team to win back-to-back titles. After being awarded with the Laureus Comeback of the Year Award,Dan Carter said: “It’s nice to be recognised for the year I had in 2015. It was a very special year, not only for me, but also for the All Blacks and to be a part of that was amazing.” 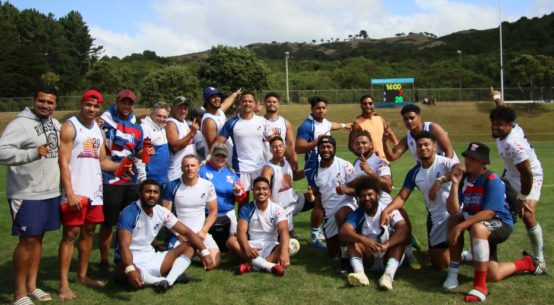