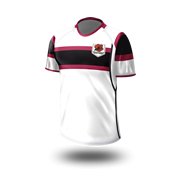 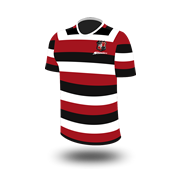 North Harbour continued their hot preseason form with a nail biting 20-17 win over Counties Manukau in the opening match of the 2016 Mitre 10 Cup season at QBE Stadium.

While both teams seemed to take a bit of time to work into the new breakdown laws, North Harbour adapted faster by making seven turnovers compared to just three by Counties Manukau. It was a telling statistic in game where just three points separated the teams at full time.

North Harbour looked to play the game at pace from the outset and took just three minutes to score when debutant Afa Afaatau went over in the corner from a deft Matt Duffie chip kick.

North Harbour’s early 7-0 lead was eaten into by a Steelers penalty before inspirational blindside flanker Jordan Taufua crashed from a patient build up to give the visitors the lead.

With wing Sam Vaka in the sin-bin for a professional foul, Counties Manukau spent the dying minutes of the half defending their line before North Harbour centre Matt Vaega knocked over a penalty to make it 10-10 at the break.

The introduction of former Waikato age grade first five-eighth Bryn Gatland proved a turning point in the second half. The classy pivot ignited the North Harbour attack with a couple of classy touches to lift the home side to a 20-10 lead through a converted try and penalty.

The try was a fortuitous one when second five-eighth Michael Little pounced on a loose ball behind the Steelers line for an unlikely try.

The game opened up in the final minutes as Counties Manukau desperately tried to break through the stoic North Harbour defence. They finally scored through replacement prop Sione Faletau to make it 17-20 but couldn’t snatch a late win as the Harbour defence held firm.

For North Harbour, centre Matt Vaega was strong in the midfield while number eight Murphy Taramai was impressive on debut at number eight.

North Harbour captain James Parsons said: “I’m proud of the heart. The biggest thing we are trying to change is the opinion that we are an easy beat. We put a lot of emphasis around that this week and we wanted to play for Chris Smylie in his fiftieth match.”