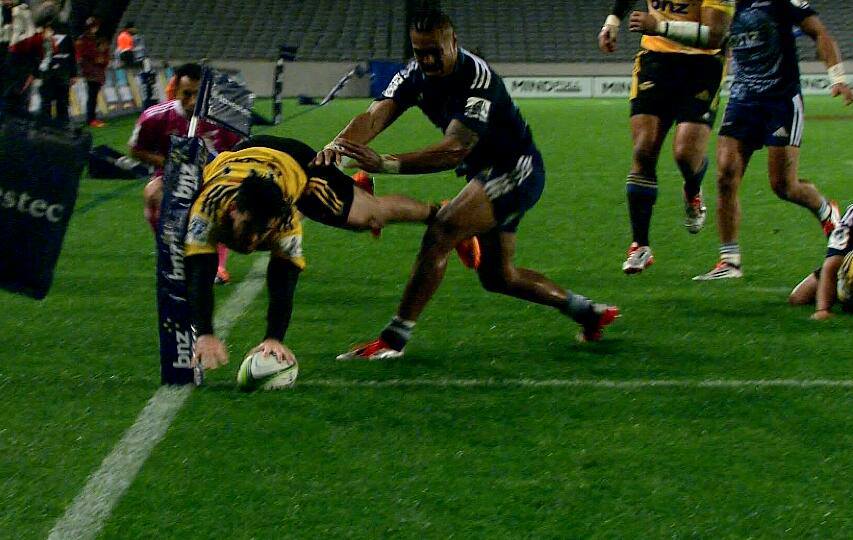 Nehe Milner-Skudder has extended his contract with the Hurricanes and New Zealand Rugby (NZR) for the next three years.

The 26-year-old said it had been an easy decision to stay with his club and country as he contemplated the next phase of his rugby career.

“Being part of the Hurricanes for the past three years has been an awesome experience and though I wasn’t able to play a big part on the field last year, winning the Investec Super Rugby trophy for the first time only reinforced my view that the club is building something special.

“My partner and I really enjoy living in Wellington and with the British and Irish Lions on the horizon, 2017 shapes as a huge year.”

Milner-Skudder’s new contract will take him through to the end of the 2019 season.

He joined the Hurricanes in 2014 as a member of the wider training squad before exploding onto the Super Rugby scene in his rookie season in 2015.

Selection for the All Blacks came the same year and he was one of the stars of the 2015 Rugby World Cup in Europe where he scored six tries.

The possibility of adding to his eight Test caps meant re-signing with New Zealand Rugby was a straightforward decision.

“It’s been an absolute honour to represent my country and wear the All Blacks jersey and the only way to do that again is to stay in New Zealand.

“Hopefully I can play well enough to be considered for selection again, but as always there is some massive competition there, so my whole focus right now is just getting back on the field and trying to put my best foot forward with the Canes.”

The fullback/wing managed just two matches last year after he suffered a season-ending shoulder injury against the Blues, but is fully fit as the Hurricanes prepare for their 2017 campaign.

“Last season wasn’t ideal with my early injury, but if anything it has only made me hungrier to get out there and represent the club,” he said.

Hurricanes coach Chris Boyd was looking forward to having Milner-Skudder back on the team sheet.

“Nehe is a very skilful player and he gives us a lot of options due to his agility and his vision. He’s equally capable of playing fullback or wing and could probably play a few other positions without much trouble.

“He is developing his game management and his leadership within our squad and he has a lot of respect among the group.”

New Zealand Rugby Head of Professional Rugby Chris Lendrum said Milner-Skudder’s commitment was a positive for the sport of rugby at all levels.

“We’re delighted Nehe has re-signed with New Zealand Rugby.  He’s a very important player for us and I’m sure all rugby fans will be excited to see him return to the field this season as he looks to build on his fantastic 2015 form.

“Nehe is also hugely popular off the field, especially with kids. He stars on Small Blacks TV and is the face of the Applaud sideline behaviour campaign. We are all looking forward to working with him further in the future.”