New Zealand will be looking to retain their Oceania Under 20 title when they play Australia in the final match of the tournament on Saturday, May 6 at 9pm NZT. Both teams enter the final unbeaten, with New Zealand ushering in 11 changes to the team that beat Samoa 80-23 on Tuesday. Four players will get their first start in the tournament.

Carlos Price (ankle) and Brayden Ennor (knee) were not considered due to injury.

Head Coach Craig Philpott said the outcome of the match will determine the winner of the tournament.

“Both sides enter the final unbeaten and we always have a lot of respect for Australian teams. Australia have been impressive at set piece time, scoring plenty of tries through their lineout drives and off the back of a powerful scrum.  Our boys are particularly looking forward to the challenge up front.”

The game is also the last opportunity for players to impress selectors prior to the naming of the squad for the World Rugby Under 20 World Championship in Georgia next week.

“After two solid performances against Fiji and Samoa, we have selected a side to play Australia that in some cases is based on form, and in others on giving those returning from injury a final opportunity to press their claim for selection.

“Ezekiel Lindenmuth, Pouri Rakete-Stones, Isaia Walker-Leawere and Ereatara Enari earn their first starts of the Oceania tournament and will no doubt be keen to make an impact.

“Captain Luke Jacobson will be joined in the loose trio by Dalton Papalii and Tom Christie. All three players have big engines and are smart rugby players, both on attack and in defence.

“The back three combination of Will Jordan, Josh McKay and Tima Faingaanuku brings a good mix of speed and power, with Caleb Clarke adding punch from the bench in the second half.

“We are looking forward to a great encounter against our traditional rival. It promises to be a great game of rugby with both the tournament outcome and World Championship selections on the line.”

Watch the Oceania Under 20 Tournament
All games will be live streamed on www.rugby.com.au and www.oceaniarugby.com 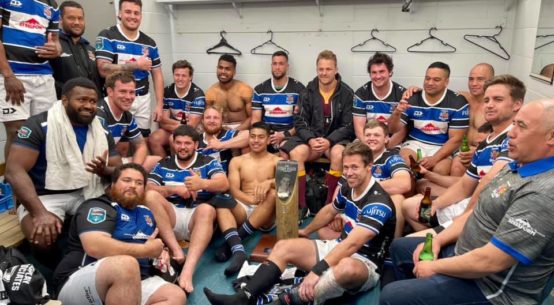