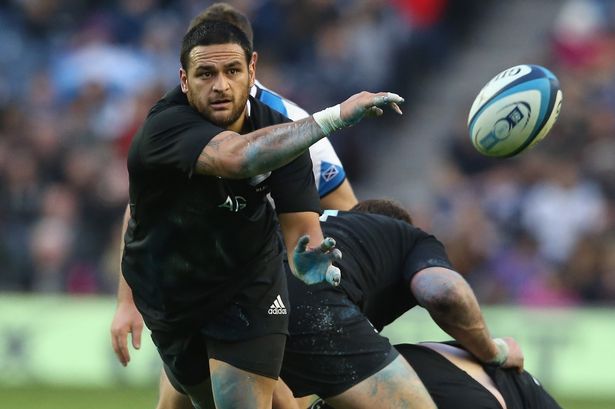 Piri Weepu’s vast experience and mana could be pivotal for Farriers Wairarapa-Bush in the upcoming Heartland Championship.

The former All Black has been confirmed as one of 30-players in the Wairarapa-Bush squad, named on Sunday.

The squad includes 13-players without any Heartland experience, and notably only two players who are not based in Wairarapa, in addition to Weepu. They are Sam Tufuga and Cyrus Baker, both currently living in Manawatu, and both with local connections having growing up in the province.

A veteran of 71-tests, Weepu’s selection follows that of former All Black Zac Guildford, who wore the Wairarapa-Bush jersey last season.

“His knowledge of the game and being able to share that, not just with the younger guys but the senior guys in the team too, is a fantastic opportunity for us,” Harwood says.

“We want Piri to enjoy his time with us as much as he can, and we want our guys to learn as much as they can while he is here.”

A former Hurricane and then Blues players, Weepu has been seeing out his playing career in the Northern Hemisphere. He returned to New Zealand last month and was part of Sky Sport’s commentary team for the All Blacks-Lions test series.

When comparing Weepu’s experience to some of the newbies in the squad, the gulf could not be wider. Hooker Ryan Hargood and first-five eighth Brad Griffith are both fresh out of school, having played for Wairarapa College 1st XV last year. The latter is one of three new players to get the call up since the hit-out against Hawke’s Bay Saracens at Queen’s Birthday Weekend. The other two are Griffith’s Gladstone club-mate, out-side back Matt McCrae and Martinborough lock Jake Warren.

Harwood says, there are some senior guys who are unlucky to have missed out, but the selectors are conscious of “looking to the future”.

“There is a lot of young talent in the province and we think that this is a really good opportunity to develop it.”

“Guys like Brad Griffith and Matt McCrae have been playing some fantastic footy and really deserve their call up.”

The door is still open on one more selection, a back-up hooker. There is also a question make on a couple of player’s fitness, among them Greytown No.8 Tavita Isaac who suffered a head knock earlier in the season.

The squad go into camp on August 4-5 and then have matches against Poverty Bay and then a Manawatu Development XV before kicking off their Heartland campaign away to defending champions Wanganui on August 26. 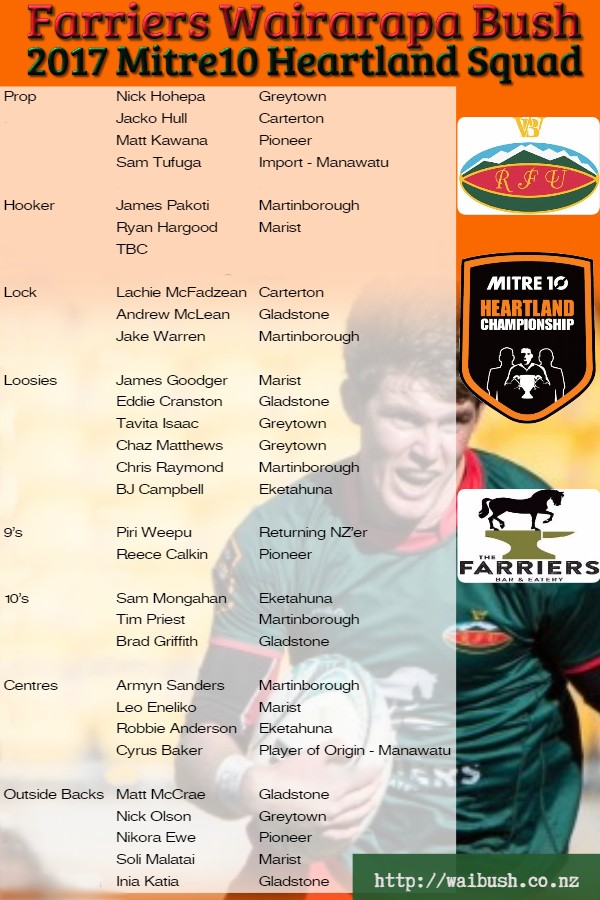 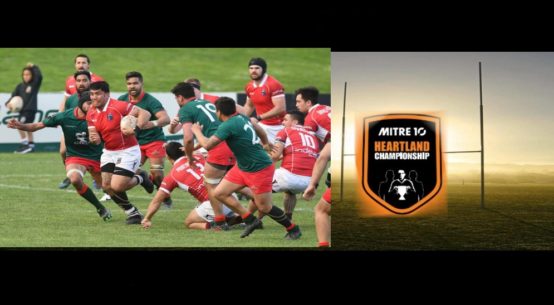