Horowhenua Kapiti’s first five-eighths James So’oialo booted five penalty goals to help his side to a 15-8 win over Wanganui in Mitre 10 Heartland Championship game in Levin on Saturday.

The win maintained Horowhenua Kapiti’s hold on second place in the competition, three points behind South Canterbury who had a 29-20 win over Wairarapa Bush in Timaru. South Canterbury should be able to claim top qualifying berth for the Meads Cup as they play East Coast in Ruatoria next week

Buller are in third place after a 40-32 win over Mid Canterbury in Ashburton. Buller had to come back from 13-29 at half-time with first five-eighths James Lash scoring a try and kicking four conversions and four penalty goals to pass his century for the season and end the game on 124 points.

Buller and Horowhenua Kapiti will be a key game of next week’s round, in Westport.

North Otago hold fourth place after their 57-14 win over East Coast in Oamaru.

Round Seven scores were: 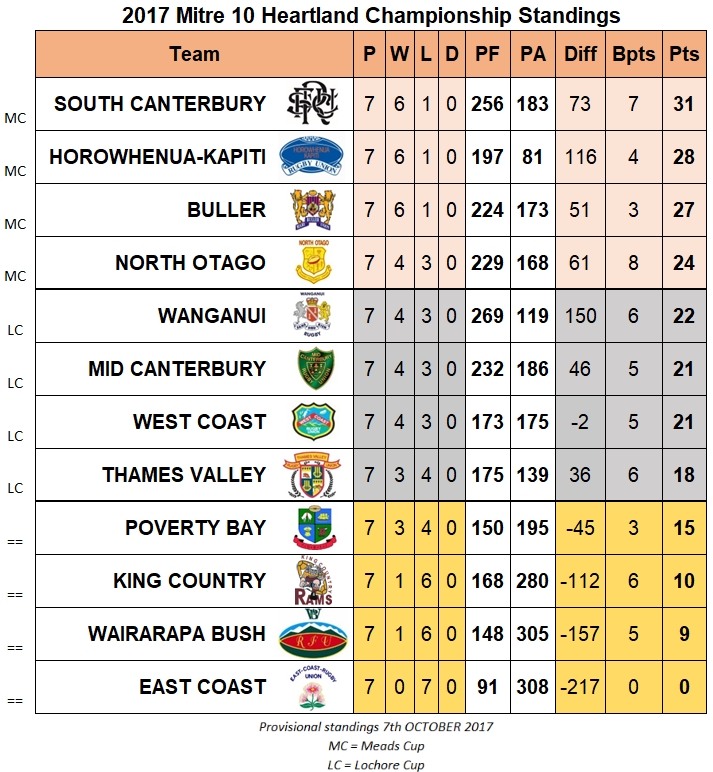