The Levin-based team has never won any silverware in the Heartland Championship and their rise to the final has taken many by surprise after finishing ninth last year.

The talented So’oialo landed six penalty goals in his side’s 18-17 nail biting win semifinal win over a fast finishing Buller side to make their first final against arch rivals Wanganui on Saturday.

Horowhenua Kapiti know they have a mountain to climb against the five times champions, who have only missed the Meads Cup final twice since its inception in 2006.

On the positive side of the ledger Horowhenua Kapiti beat Wanganui 15-8 earlier this month, in the rain, with So’oialo contributing all his sides points with five penalties.

Wanganui however also have a very handy kicker in fullback Nick Harding, who was successful with seven shots at goal against South Canterbury in their semi final.

Both finalisst also have the best defensive records in the championship, which points towards a close finish.

“We are expecting Wanganui to come out firing, they will be confident as they have so much more experience in finals.

“Fortunately we traditionally lift against them, and I am hoping for a great performance.

“If we play to the best of our ability and with the right attitude we will be in with a shot.”

Wilton said another key was to stay focussed and not let the occasion of a grand final get the better of them.

“I wasn’t thinking of home advantage, we were expecting to go to Timaru but its great.

“We are expecting at least five to 6000 to be at the (Levin) Domain, it’s awesome to bring the community together.

“But I’ve said to the boys the jobs not done yet, there is one more game.”

Several players have shone for Horowhenua Kapiti during their run to the final, including several in their impressive pack.

No.8 Tyson Maki has been huge and will face a big battle against another inform back rower in the Butcher Boys’ Bryn Hudson.

Kendrick played in the loose forwards last year and usually switches back there in the second half.

In the backs wing Willie Paia’aua is dangerous ball in hand and can carve up any defence.

The Meads Cup finalists also both have good representation in the New Zealand Heartland side to play New Zealand Marist in their annual fixture, being held in Timaru

First five Craig Clare, the powerful Hudson and lock Sam Maddams have made the Barry Mathews-coached side. 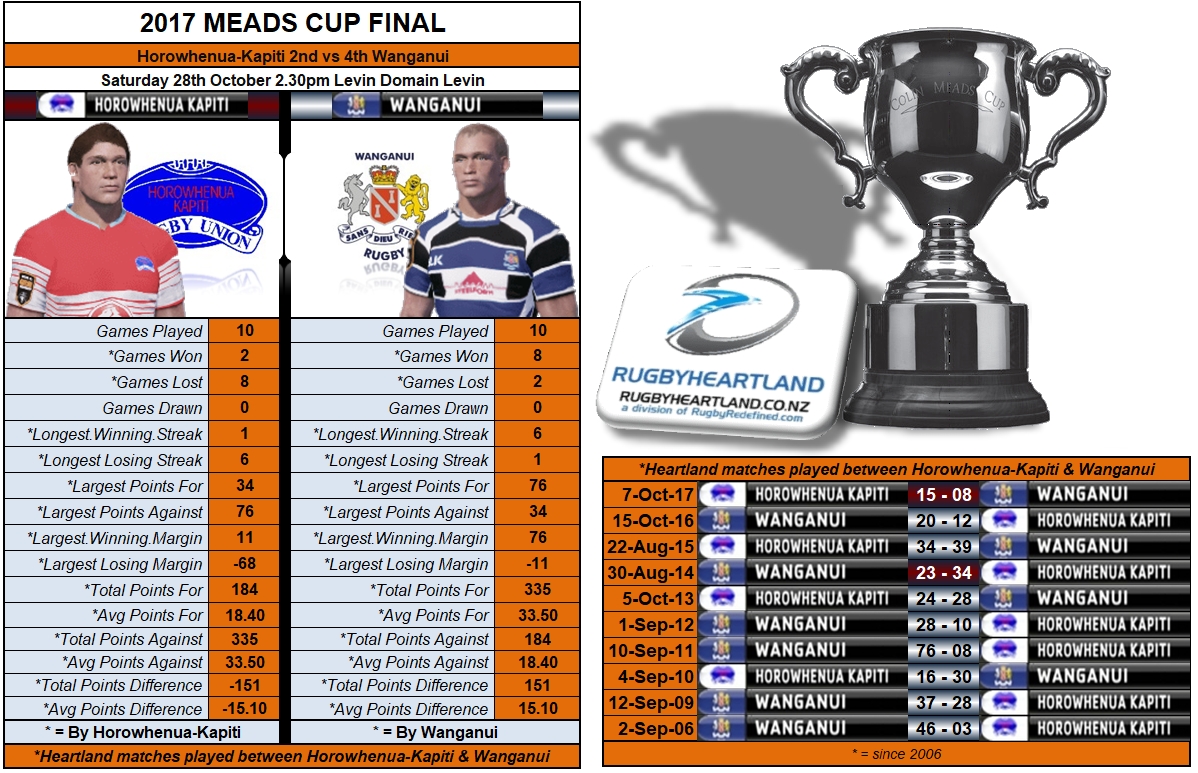 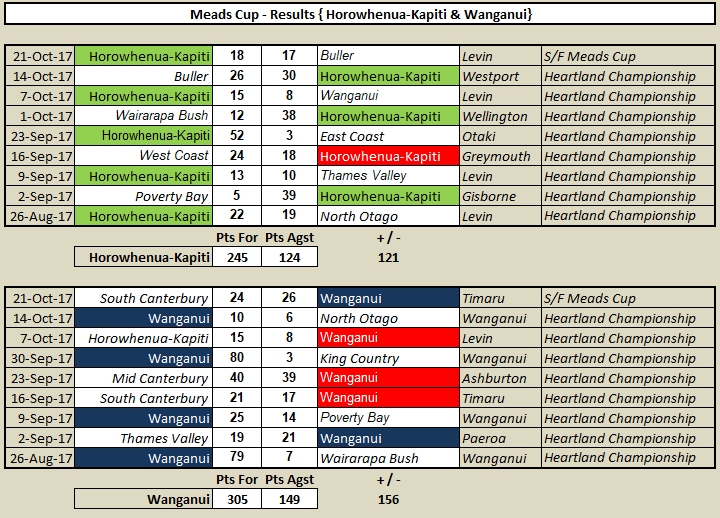 In the Lochore Cup West Coast are taking on No.1 seeds Mid Canterbury in Methven, in is what is shaping as ripper contest.

The two sides did not meet during the round robin and finished tied with six wins apiece, along with Wanganui who advance into the Meads Cup on points differential.

The game has been be shifted to Methven with Mid Canterbury’s traditional home ground booked for the A&P Show. 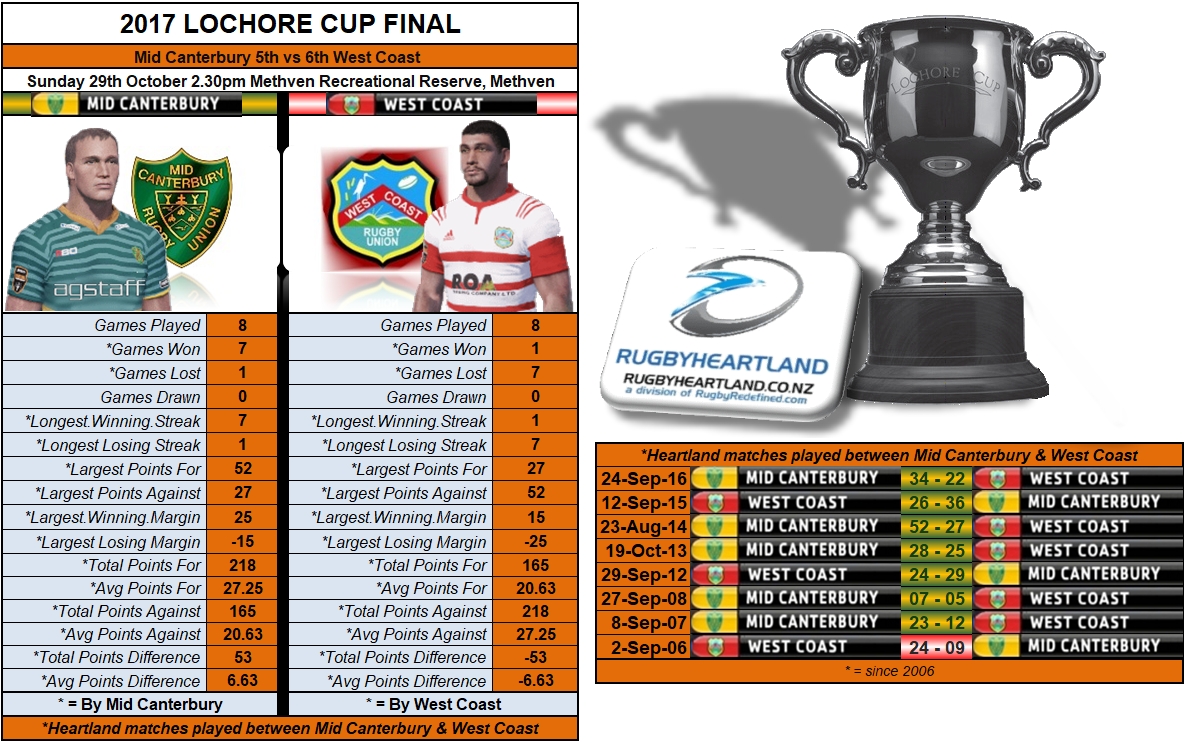 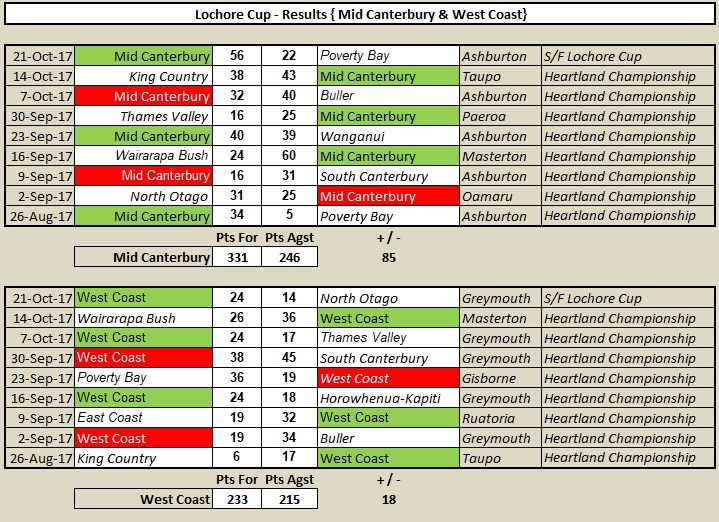