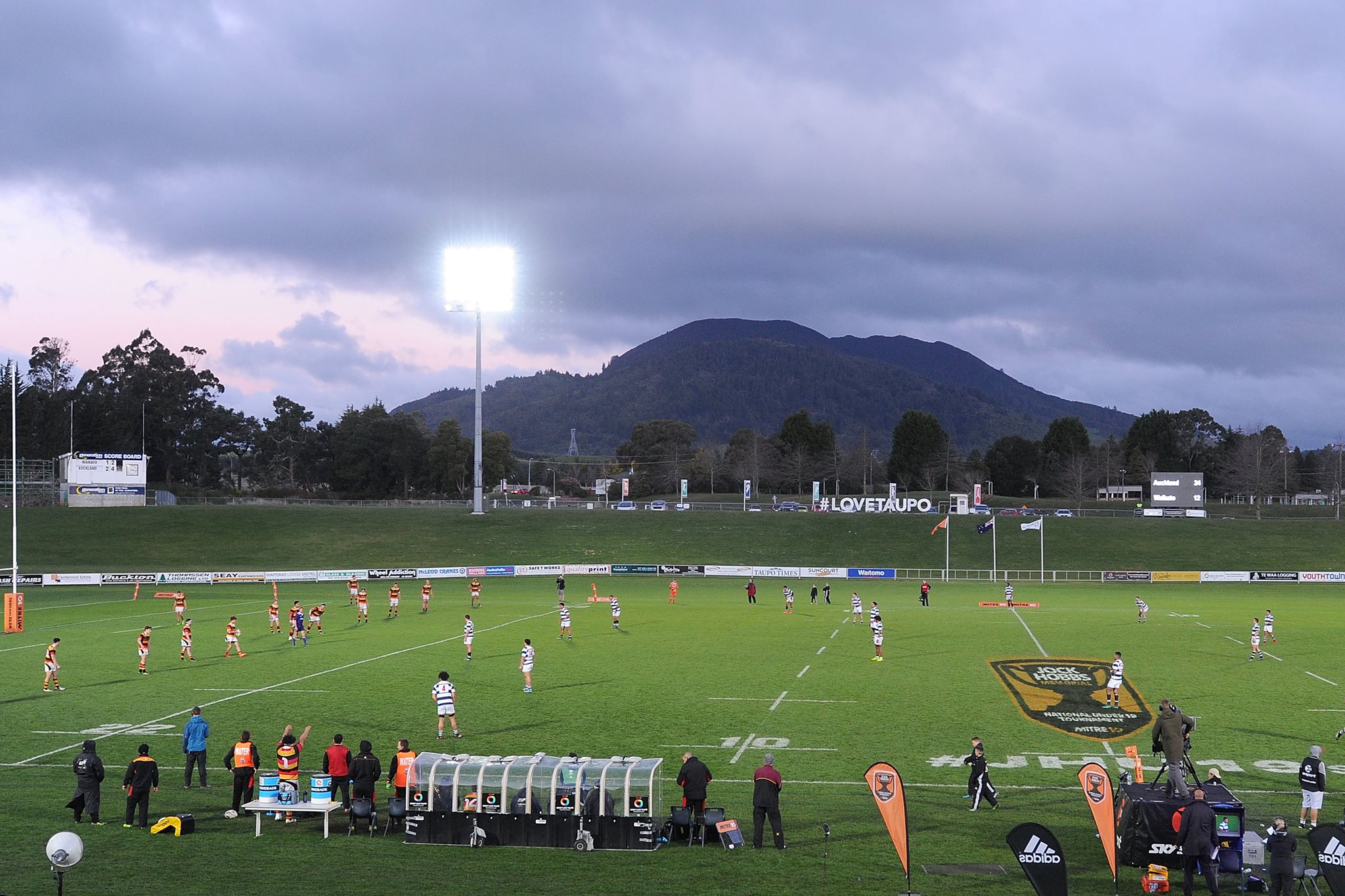 Jock Hobbs Memorial National Under 19 Tournament to remain in Taupō

Taupō has been the home of the tournament since 2014, with their current five-year hosting agreement to end after the 2018 tournament.

“We have been impressed with how King Country has delivered previous tournaments, and have had overwhelming feedback from participating teams that Owen Delany Park and Taupō are well suited to this tournament.”

Lancaster said the tournament continues to showcase the best up and coming talent in the country and forms a key talent identification opportunity for the New Zealand Under 20 programme.

“We want to deliver a tournament that equips our best young players with the skills for the next level of the game, both on and off the field.

Taupō District Mayor David Trewavas said he was delighted to see the tournament remaining in Taupō.

“This event is a significant part of the annual rugby calendar, and brings a lot of visitors to the district.”

“The standard of the rugby is really high. Some of these players will go on to represent New Zealand on the world stage.”

King Country Rugby Union General Manager Susan Youngman said they were delighted to retain the hosting rights for the Jock Hobbs Memorial National Under 19 Tournament.
“It’s a great tournament to be associated with and for a small Heartland Union it’s an honour to be assisting with the delivery of such a prestigious tournament. We could not do this without our loyal stakeholders and volunteers that keep coming back to help out year after year.”

Past players
The tournament has produced a host of players who have earned Provincial Union and Investec Super Rugby contracts, with a number moving into higher honours.

They include All Blacks Jack Goodhue, Te Toiroa Tahuriorangi, Rieko Ioane, Jordie Barrett and Asafo Aumua are among a host of players who have graduated from the Jock Hobbs Memorial National Under 19s to higher honours.

The 2018 tournament will be played over three days; Sunday 9 September, Wednesday 12 September and Saturday 15 September with players taking part in development programmes on non-game days.

A total of 400 players from 16 teams will compete – one team from each of the Mitre 10 Cup Provincial Unions, one Auckland Development team and one Heartland Unions combined team. Regional seeding tournaments will kick off across the four regions on 18 August, with tournament rankings to be decided on Saturday 1 September after the last round of seeding matches.

At the conclusion of the seeding matches, the teams in each region will be ranked 1-4, with the top two ranked sides in each region going into the top eight of the tournament draw to play for the Graham Mourie Cup, and the third and fourth ranked teams, into the championship eight to contest for the Michael Jones Trophy.

Auckland and Counties Manukau go into the tournament as defending champions of the Graham Mourie Cup and Michael Jones Trophy respectively.

• All tournament information, draw and results will be available on https://www.facebook.com/NationalUnder19s/
• The draw will be released on Monday 3 September

Poverty Bay – FROM BOYS TO MEN