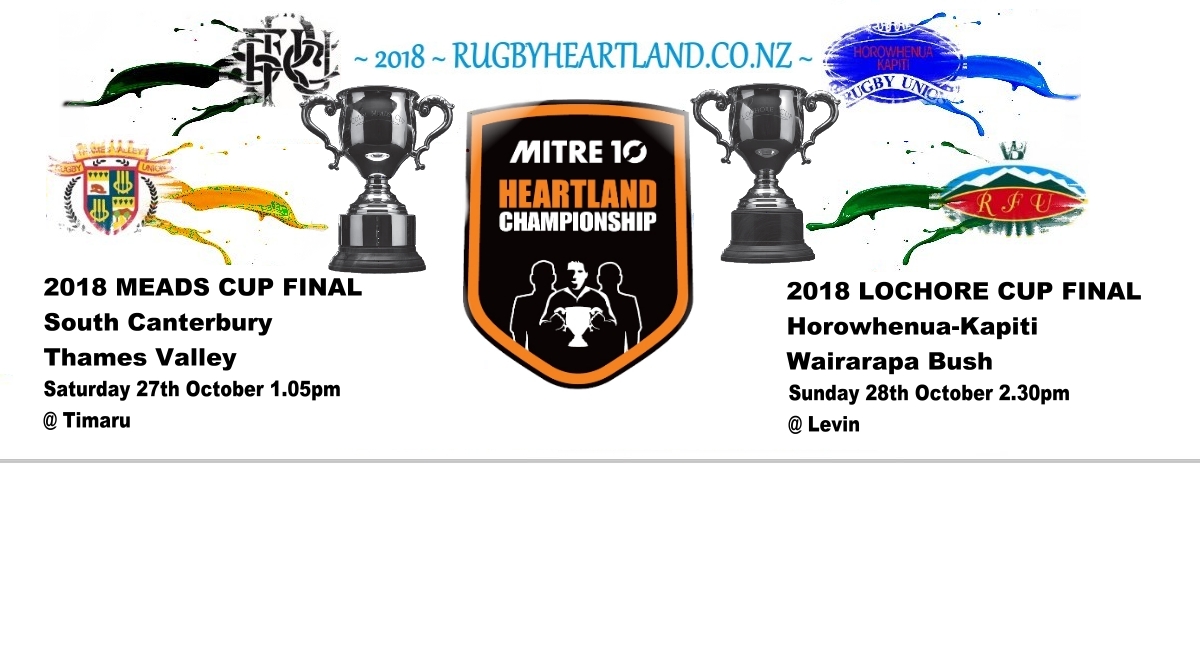 We are down to the final two games of the 2018 Mitre10 Heartland Championship.

On Saturday South Canterbury are hosting the Thames Valley Swampfoxes in Timaru as both sides vie to clinch their first Heartland title, so no matter the result we will have a new name engraved on the Colin Meads Trophy.

The Meads Cup Final will be televised “Live” on Sky Sport 1 (Ch51) at 1pm on Saturday, and we at RugbyHeartland will bring you all the Live Scoring updates on our Facebook page at https://www.facebook.com/rugbyheartland/

Then on Sunday we have our final match of the Season from Levin as Horowhenua-Kapiti host Wairarapa-Bush in the Lochore Cup Final.

This is the first time since the Division 3 Final in 2005 that these two old rivals shall face each other in another National Final. On that occasion Wairarapa Bush ran out 28-23 winners in Masterton, so this is an opportunity for Horowhenua-Kapiti to seek a long awaited Final rematch. Meanwhile Wairarapa Bush will be hoping that a success for them would lead to Sir Brian Lochore Presenting the trophy named in his honour to his beloved Wairarapa Bush Union.

The Lochore Cup Final will be televised “Live” on Sky Sport 4 (Ch54) at 2.30pm on Sunday , The match will also be broadcast live on 1161AM, also live-stream at www.teupoko.co.nz at 2.30pm on Sunday, and again we at RugbyHeartland will bring you all the Live Scoring Updates on our Facebook page at https://www.facebook.com/rugbyheartland/

Here follows are the Stats for both Finals, and we wish the final remaining four teams all the best this weekend, and again congratulations on making the the 2018 FINALS ! 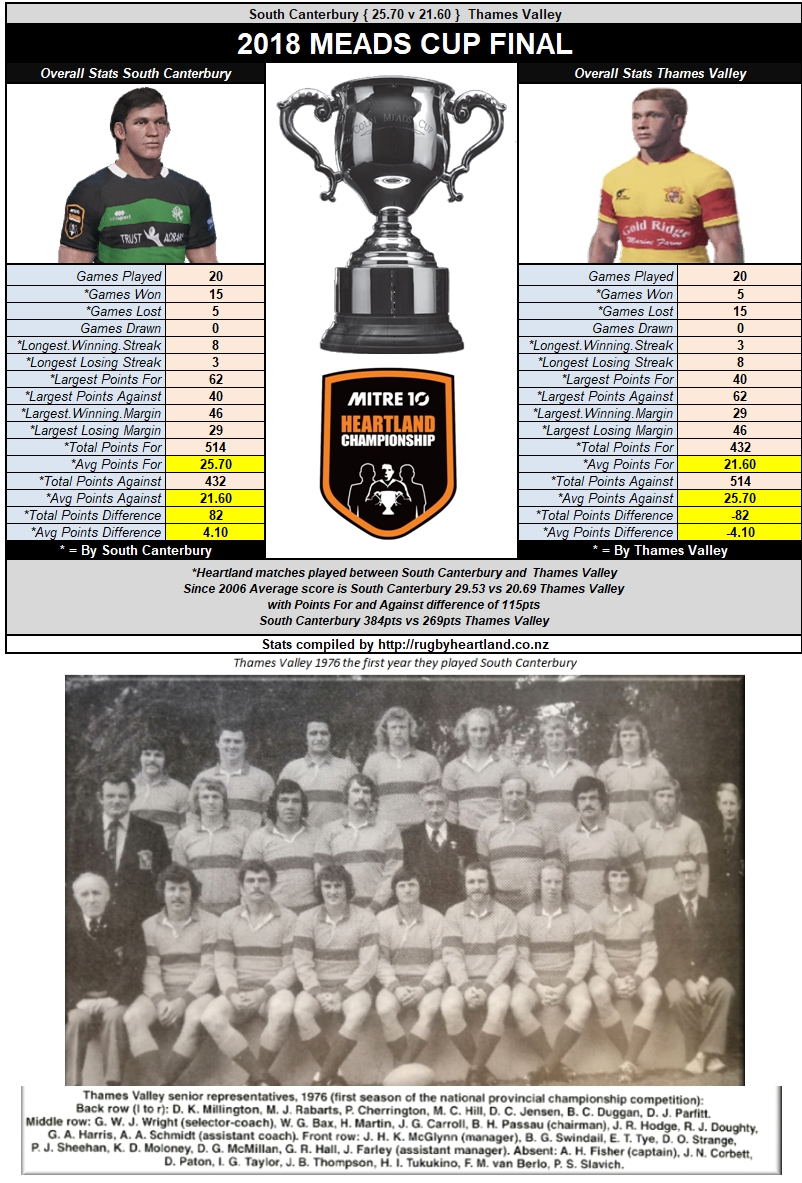 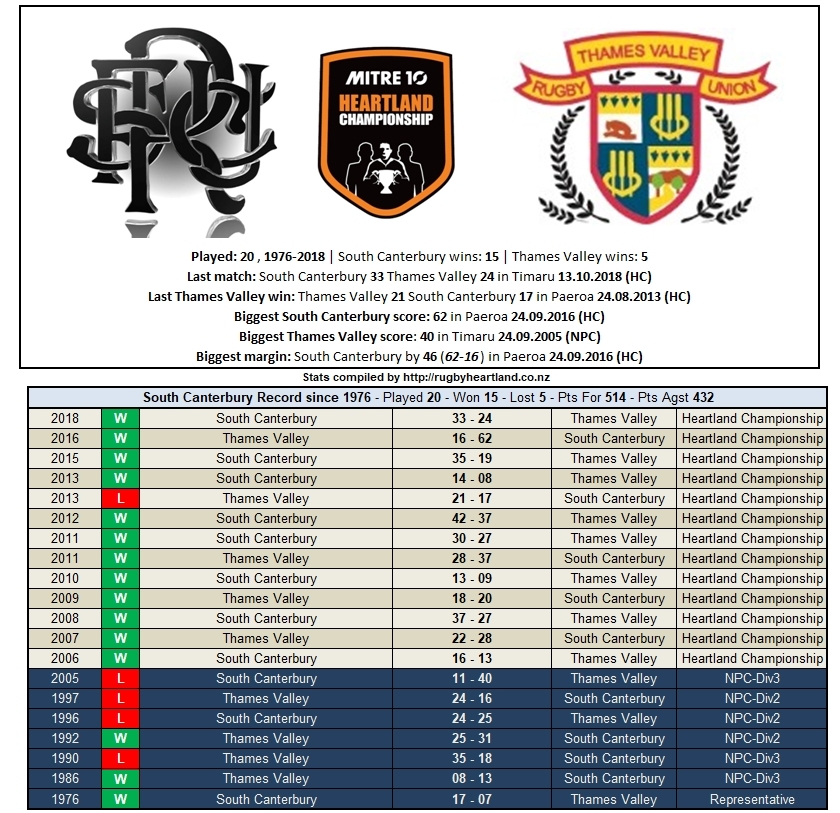 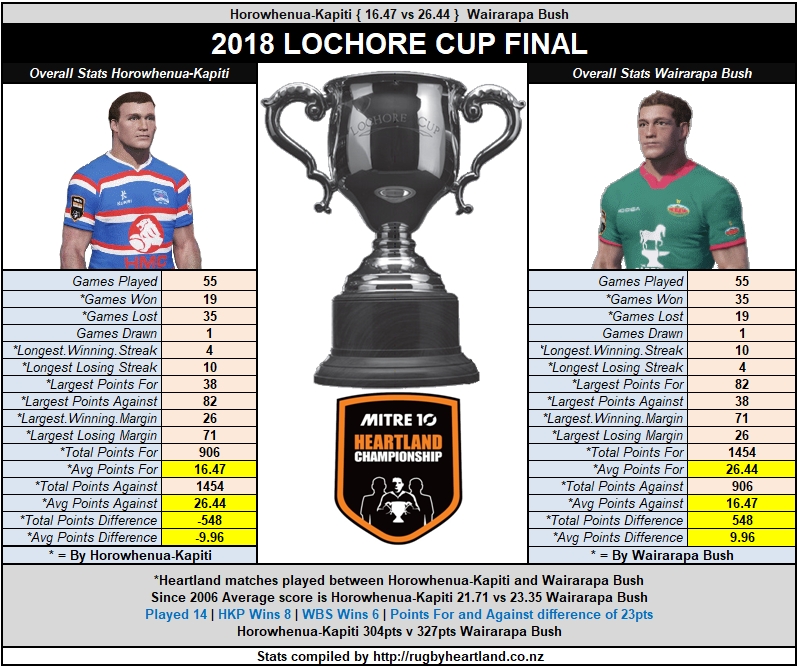