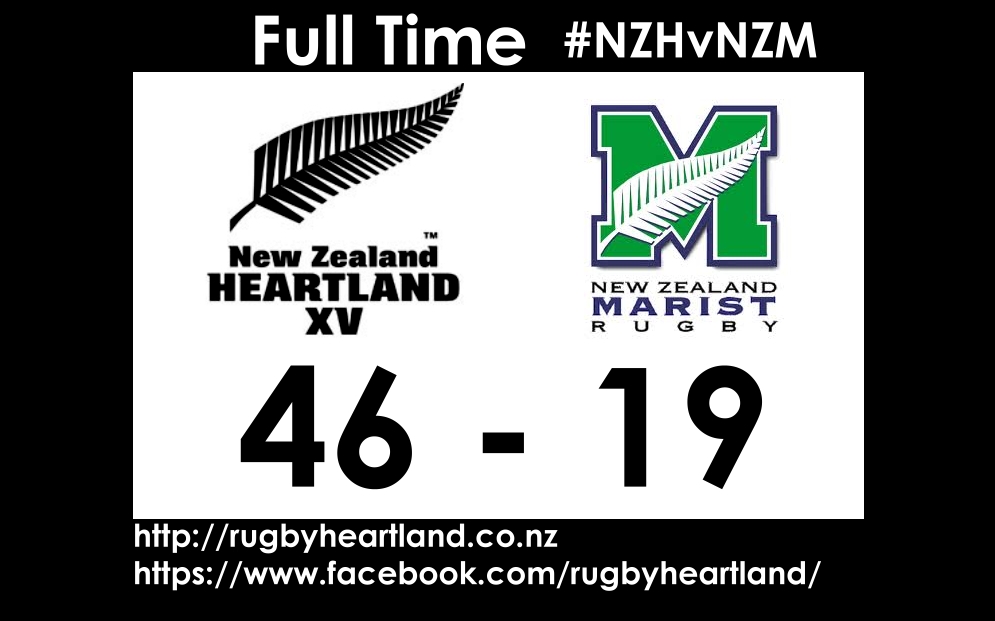 It was a grand way for the four members of the Wanganui squad to sign off on a bittersweet 2018 season as the New Zealand Heartland XV kept the McCrae Cup firmly locked away with a 46-19 win over NZ Marist in Taupo on Sunday.

Heading into the wind at Owen Delany Park against a squad containing a sprinkling of players who have been a part of wider Super Rugby and Mitre 10 Cup training squads, the Heartland forwards held up their end and were pleased to have laid the platform with a 15-7 lead at halftime.

The backline then took over in the second stanza, scoring five more tries to two conceded to seal the victory.

Coach Craig Scanlon made only one change to the starting lineup that disposed of the Vanua XV 60-0 on Thursday night, with Horowhenua-Kapiti winger Willie Paia’aua promoted off the bench and scoring two tries.
Wanganui’s Penijamini Nabainivalu followed up his double in that game with another try in a player of the day performance.

Fullback and vice-captain Craig Clare also crossed again, getting one of Heartland’s two tries in the first half.

Incorrectly named at lock in last week’s programme, Campbell Hart played both games at blindside flanker, while veteran Cameron Crowley signed off an excellent career on the wing.

“It was quite tough after playing that Thursday game,” Crowley said.

“They had some big boys, but our scrum pretty much dominated their scrum, which I was surprised with.

“Our wingers didn’t get that much pill either, we had to go looking for it.”

Crowley said the team weathered the expected revival from NZ Marist in the second half.

“They were coming around the corner fast, and we didn’t have the numbers.

“It was just one of those games that could have easily at one point gone their way.

“That Fiji game was a good builder. We got more clarity on what we were doing, which they didn’t.”

But given they had players which much more experience at higher levels, Marist couldn’t get the platform they needed from the set piece with Hart pleased with the performance of the Heartland pack.

“[Marist] were quite physical, a lot more than Thursday.

“We went for a pushover try about 4-5 times, and getting penalties for most of those.

“Heartland showed them how it’s done.

“The Thames Valley style, we closed out the game.”

Thames Valley’s vaunted forwards, of which there were three in the Heartland XV game day squad, had carried their team to the Mitre 10 Heartland’s Meads Cup over the previous two weekends, including upsetting Wanganui in the semifinal to deny them a shot at four-straight championships.

Hart was satisfied with his own performance for his first games in the black jersey with the Silver Fern, taking a prominent role in the lineout.

“It was a loose arrangement, some of the others played loose and I was in tight,” he said.

“It was a cool experiance, really enjoyable.”

“There was some nice tries from our midfielders,” said Crowley.

“Peni ran some good tackles and good lines as well.”

Their Wanganui Marist clubmate Sam Madams was moved back to the Marist XV bench before kickoff and played the second half.

“He was a bit of a menace when he came on,” Crowley said.

Fellow Wanganui Marist player Josiah Bogileka was a backline reserve.
Heartland’s other tries came from No 8 and captain Alex Bradley (Thames Valley), following up his hat trick against Vanua, while also popping over a conversion.

Linchpin first-five James Lash finished with a 14-point haul from a try, three conversions and a penalty.

Crowley and Clare had played in this annual fixture last year, with Crowley making a last minute transfer from the Marist lineup to the Heartland XV as injury cover.

The veteran said the training camp, where they stayed together for six days at the hotel, was a relaxed environment where the squad gelled well together, compared to last year down in Timaru under then-coach Barry Matthews where Crowley felt they “over trained” for the one-off match.

With two games this year, and three players ruled out with injury before the first one, the 2017 assistant coach Scanlon made sure the group was not over-worked with just a three day turnaround. 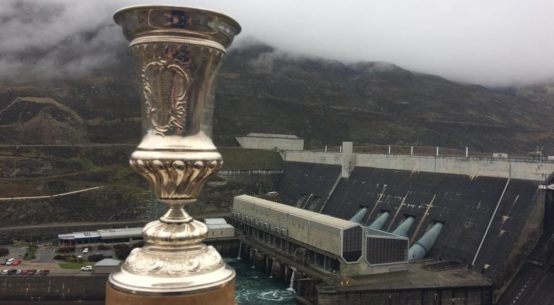 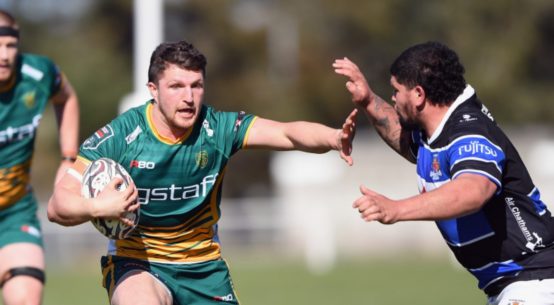