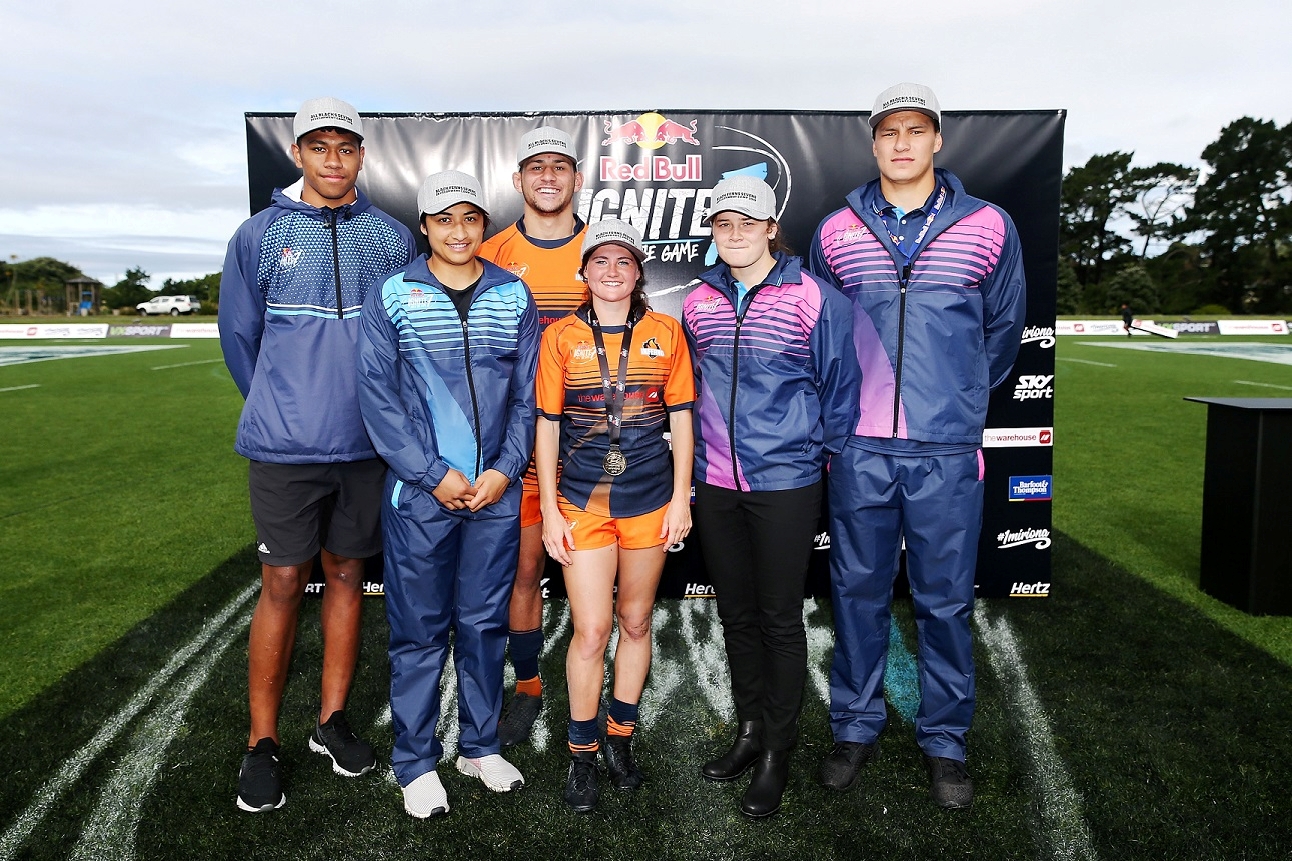 Six players have emerged from the inaugural Red Bull Ignite7 talent search in Auckland to claim a place at the 2019 All Blacks Sevens and Black Ferns Sevens National Development Camp.

“These athletes come from varying backgrounds and have varying levels of rugby experience, but all of them stepped up to the mark to force the selectors hands over the past four days.

“This week has delivered what we had hoped for and far more. Not only have we been able to identify six very talented athletes to attend our 2019 Development Camps, but we have also unearthed new talent and learned a lot about a large number of other players who were already on our radar.”

Howick College product Norman-Bell, at 54kg, and from a touch rugby background showed that sevens is truly a sport for all sizes as her skill consistently shone for the women’s Inferno team she led to a 22-0 win in the tournament Final.

Warbrick, who has dabbled in AFL and rugby league, used all of his 105kg, 192cm frame to power his way into the selectors favour as part of the men’s Bolt team.

Paul, originally from Whakatane, followed her little sister Mahina, also at the tournament, into rugby less than a year ago, but already looks a seasoned rugby player. Takitimu-Cook, who took up rugby two years ago after her family shifted from Papakura to Palmerston North, also shone.

Kneepkens, 17, is another product of the Francis Douglas Memorial College factory that produced the Barrett brothers, while Fihaki has already forged a reputation as a player of some promise at Sacred Heart College in Auckland.

Philp said the door was not closed on the players who had missed out.

“For some of these players this was just the start of their sevens journey in terms of high performance. We had a number of players, particularly in the women’s teams, who had very little experience of rugby coming into the week.

“The exposure and knowledge they have gained from the past four days has been immeasurable and I’m expecting to see a lot of them back here again in a year’s time.”

Rolling subs allowed up to 12 replacements per game, while tries scored in the Hertz Zone behind the posts did not require conversions to bank seven points.

Player statistics, including heart rate, body impacts and number of sprints per game, were all available to coaches and fans in real time via on the Red Bull Ignite7 website www.redbullignite7.co.nz thank to VX Sport.

Hurricanes Development to face Japan A