The All Blacks Sevens depart New Zealand today for the fifth and sixth legs of the HSBC World Rugby Sevens Series.

Coach Clark Laidlaw has named one potential debutant in the squad that is traveling to Las Vegas, 23-year-old Te Puoho Stephens from Tasman.

The All Blacks Sevens squad is;

“Te Puoho Stephens is a non-contracted player that we have brought in to our group. He has had a good couple of years for Tasman at the National Sevens and in our development programme this season so it is a great opportunity for him,” said Coach Clark Laidlaw.

Fresh from victory at the Sydney Sevens, the All Blacks Sevens sit atop the World Series rankings on equal points with USA and Laidlaw said these next two weeks will be crucial for Olympic Qualification hopes.

“We are really happy with how we’ve played but are realistic that there is a lot of rugby to come. These two weeks will have a big bearing on the top four, we need to put our heads down, roll up our sleeves and really push hard for those semi finals and finals again.”

This year marks the tenth Las Vegas Sevens tournament, where the All Blacks Sevens have finished runners-up on five occasions and will be looking to go one better next weekend.

“Last year we were preparing for Commonwealth Games and didn’t have Las Vegas as a focus. This year we are going over slightly early to help with the time difference and to get settled so hopefully that can get us on the front foot and set us up for a good week of training,” said Laidlaw.

Following the Las Vegas tournament the team will travel to Canada for the Vancouver Sevens the following weekend. 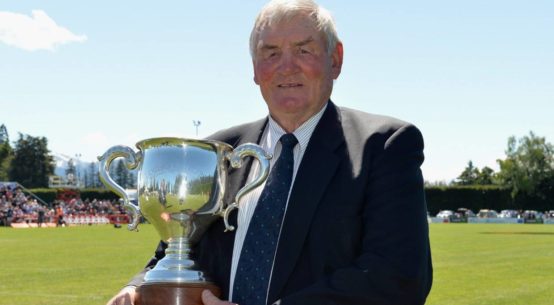