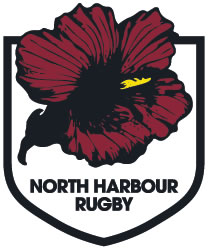 New Zealand Rugby (NZR) has welcomed a new initiative which will see a non-contact rugby grade for boys kick off tonight on Auckland’s North Shore.

The North Harbour Rugby programme is the first of its kind in New Zealand and was designed to address the decline in the number of boys playing rugby in the region.

The boys’ grade opens with a festival night at Marist North Harbour Rugby Club tonight at 5pm and has attracted registrations from 13 club teams in the North Harbour region.

North Harbour Rugby Head of Rugby Engagement and Participation, Bill Wigglesworth, said the new grade was about providing rugby opportunities to boys who were new to rugby and others who weren’t keen to continue playing tackle rugby.

“We’ve made quite a few changes this season to make sure we’re providing quality experiences to young kids. We’re focusing on creating rugby environments that are all about a climate of development, fun and put young people at the centre of their rugby experience, said Wigglesworth.

“There’s a growing demand to provide junior boys with different ways to play the game and it’s been really well received by our community.

“We’re expanding our non-contact versions of rugby called Rippa Rugby and QuickRip and they’re fast and exciting to play. Lots of boys decide to play rugby later on and we want to give them an opportunity to be involved without putting them into a tackle team straight away.”

“Our goal is for as many kids as possible to have a positive rugby experience and we want to encourage a lifelong love of the game. This is a fantastic new way for boys to play rugby and we really support North Harbour Rugby’s efforts.

“We know to keep young people engaged in our sport we need to be flexible, try new things and deliver experiences that kids want, and that includes opportunities to play non-contact versions of rugby for as long as they wish.”

The new boys’ grade came on the back of the success of North Harbour Rugby’s equivalent grade for young females, which has seen a girls-only non-contact club grade available since 2016.

North Harbour was now considered one of the fastest growing regions for women’s rugby in New Zealand and in the 2019 season there were 51 Rippa Rugby and QuickRip girls’ teams in action.

“The rise of women’s rugby continues around the country and to see the growth in North Harbour from 30 girls’ Rippa Rugby and QuickRip rugby teams in 2018, to 51 in 2019 is testament to that”, Lancaster said.