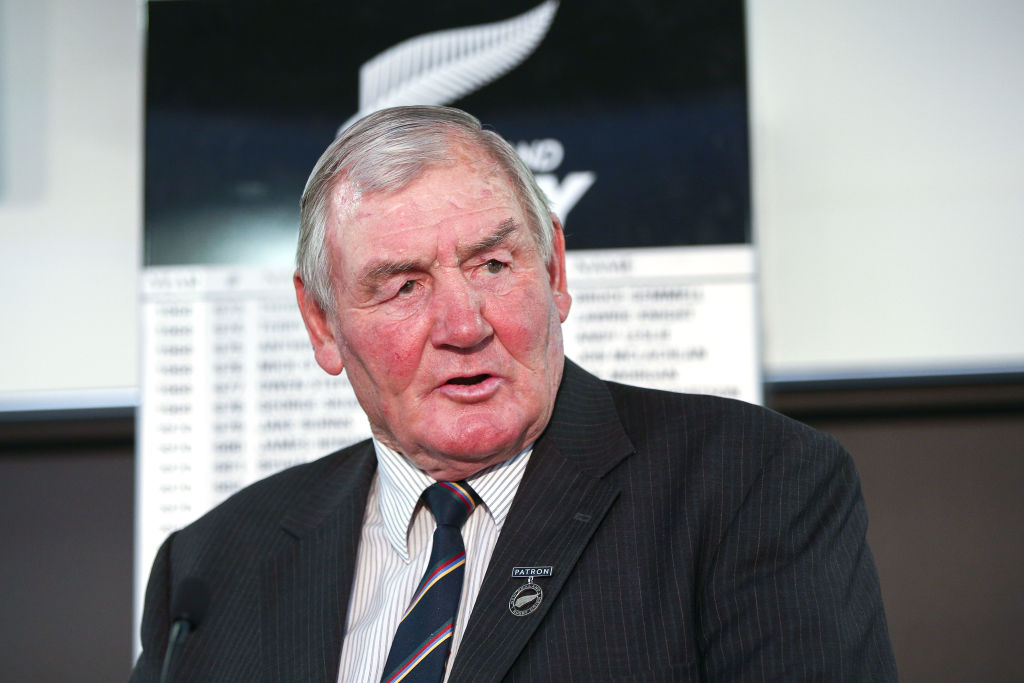 New Zealand Rugby is mourning the loss of one of the most respected and iconic figures of the game, former All Blacks Captain, All Blacks Selector and All Blacks Coach, Sir Brian Lochore, who passed away earlier today, aged 78.

Lochore, All Black #637, represented New Zealand in the black jersey on 68 occasions, including 25 Tests. He was the All Blacks Captain in 1966 and went on to lead the team in 18 Tests.

In 1985-87 Lochore become the All Blacks coach, with his crowning achievement winning the 1987 inaugural Rugby World Cup.

He was made a Knight Companion of the New Zealand Order of Merit for services to sport and the community and also inducted to the International Rugby Hall of Fame in 1999. On Waitangi Day in 2007, he received the country’s highest honour, the Order of New Zealand.

“It is with great sadness and grief that we announce that Sir Brian succumbed to his battle with cancer, earlier today.  We have lost a genuine legend of our country, an unwavering figure on the field, and a highly respected figure off it.  His family has lost a devoted husband, father and grandfather and for many of us, a great friend.

“It is not over-stating the facts to say that Sir Brian Lochore, was the saviour of New Zealand rugby on several occasions and many of us have lost a great mate. Our hearts go out to Pam and their children.”

All Blacks Head Coach Steve Hansen said: “It’s with great sadness that we have heard that one of New Zealand’s tallest kauri has fallen.

“Sir Brian Lochore is one of of the most respected men in New Zealand, not only in rugby but all facets of New Zealand life, as well as being hugely respected and held in high regard around the world.

“On behalf of the All Blacks and myself personally, we pass on our deepest sympathies to Pam, their kids David, Joanne and Sandra and the wider Lochore family. Our thoughts and prayers are with them. Arohanui from us all.”

All Blacks Captain Kieran Read said: “This is an incredibly sad day. Sir Brian was an icon of our game.  On behalf of all players, our thoughts go out to his family at this time.”

Outside of rugby he contributed to many organisations including his role as Chair of the Queen Elizabeth II National Trust, Chair of the Commission at Kuranui College through challenging times, served on the Hilary Commission (becoming Chair in 1999) and the Sports Foundation and he was very well respected in the farming community.

In his playing career for New Zealand, which began when he was selected to tour Britain, Ireland and France in 1963-64 as a No.8 – a position he had never played before, he captained the All Blacks through a golden era when they didn’t lose a Test match between the fourth Test against South Africa in 1965 and the first Test in South Africa in 1970.

During those years, the side he led to Britain and France in 1967 was regarded as one of the finest of all rugby teams. Under coach Sir Fred Allen’s mantra of running the ball, the side revitalised the British game while Lochore’s actions in the final game of the tour helped the side come from behind to beat the Barbarians thus ensuring an unbeaten tour.

Lochore said he never found out who was responsible for his selection as No.8 after the final trial to choose the team for Britain and France in 1963, but he was forever thankful because he proved ideally equipped, physically and philosophically, for the position and he became one of its great exponents.

He made his Test debut on that tour, against England, after a call-up on the morning of the game. But after returning to New Zealand he was not called upon again until the 1965 series against South Africa. A year later he had been chosen captain ahead of front runners Colin Meads, Kel Tremain and Ken Gray. They immediately pledged their support to him.

Allen explained his choice of Lochore in his book Fred the Needle: “I was never in any doubt because there was one man I had been studying for some time and I saw in him the qualities of leadership I had been looking for. I felt that, given the chance, he would become a great captain and I also knew that he would support me one hundred per cent in the type of rugby I intended to promote.”

A 4-0 clean sweep of Mike Campbell-Lamerton’s Lions followed and then after winning the 75th NZRFU Jubilee Test in 1967 against Australia the tour that replaced the 1967 tour to South Africa, to Britain, Ireland and France began. The Irish leg would not be played as foot and mouth disease broke out in England and Irish authorities were not prepared to run the risk of contamination. That denied the All Blacks their first Grand Slam tour as victories were achieved over England, Wales and Scotland, while France were also beaten as well.

The rugby the All Blacks played received great acclaim and helped restore the game’s image, and that of New Zealand rugby, after some unattractive, albeit successful, years. Tour observer Wallace Reyburn said in his book The Unsmiling Giants, “Lochore in attack and defence – perhaps particularly in defence – proved himself the world’s master in that position [No.8].” And long-time New Zealand journalist T.P. McLean said in All Black Magic, “The man’s physical fitness was inexhaustible, his anticipation was hawklike, his resolution was impenetrable. Add to this his catching at the lineout, his total engagement in the tight-loose, his serviceability on defence and you have the picture of a great backrow forward. New Zealand has fielded none better, that’s for sure.”

New Zealand returned home before touring Australia in the early season in 1968 but Lochore’s tour ended when he broke a thumb, and pulled a hamstring, in the first Test. His replacement Ian Kirkpatrick, the first New Zealander allowed under new international laws, went on to score a hat-trick of tries.

Lochore returned for a tempestuous series against France, at one stage in the second Test telling referee John Pring that if he as referee didn’t do something about the foul play of the French he would have to let his players loose. New Zealand won the series 3-0 but lost their coach when Allen did not seek re-election claiming interference from the NZR.

The following year Wales made their first tour of New Zealand but ran into a rampant All Blacks side which, in the two Tests, unleashed probably their finest rugby of the era where forwards and backs ran with the ball in hand with confidence to overpower the visitors.

Hopes were high that the All Blacks, under Lochore, would achieve a first series victory over South Africa in 1970, a tour famous for the South African concession allowing three Maoris (Sid Going, Buff Milner and Blair Furlong) and a Samoan (Bryan Williams) to tour as ‘honorary whites’.

However, controversy in the relationship continued, especially in relation to refereeing and foul play, and New Zealand were beaten 3-1. Lochore decided to retire after the series but when injury concerns struck the side during the series against the Lions in 1971, he came out of retirement to play at lock in the third Test in Wellington, famously leaving a note on the table  at home for his wife Pam that he was off to Wellington to play in the Test and would call later.

It was not a happy recall as the Lions claimed a 13-3 win. Many criticised Lochore for acceding to the selectors’ wishes but he said his country needed him and he couldn’t refuse.

His formal playing career may have been over but club coaching in the Wairarapa was followed by his taking on the Wairarapa Bush provincial team in 1981, winning promotion to the first division of the National Provincial Championship and enjoying a golden era of the game in his region.

He became an All Blacks selector in 1985 and in 1986 coached the side during the first great playing upheaval in the New Zealand game when a rebel tour to South Africa denied him 28 of the top players with which to play a one-off Test against France and the first Test, at least, of a Bledisloe Cup series against Australia.

Undeterred Lochore’s team, who became known as the ‘Baby Blacks’ somehow upset France and went down by one point to Australia before a two-match ban for the Rebels had been completed and several were ushered back into the side for the remainder of the series, which was lost.

A fractured side toured France later in the year and between the end of that tour and mid-May when the first Rugby World Cup kicked off, Lochore was joined by top provincial coaches Alex Wyllie and John Hart in the selection of a side which went on to win the first World Cup while unleashing another successful era in the game.

Having regained the Bledisloe Cup later in 1987, Lochore retired from coaching. But any thought that his services to the game were completed were soon apparent in 1995-96. He was the campaign manager for the ill-fated 1995 Rugby World Cup campaign which ended with the All Blacks collectively suffering a nasty stomach bug on the eve of the Cup final against South Africa.

However, it was events in the week before the final that were to have greater consequences for the game as the amateur ceiling was broken and rugby went professional. With two competing factions wanting to secure the future, Lochore was brought back to work with Jock Hobbs to secure the All Blacks within the New Zealand rugby structure. It was touch and go but those who later signed with New Zealand agreed that Lochore’s presence on the case had made it more difficult to go with an offshore option.

Lochore’s standing in the community, not only in rugby but also in farming, saw him involved in many committees while he also served a term as chairman of the national sports funding organisation, the Hillary Commission and his contribution to New Zealand across all fields was acknowledged in 1999 when he was knighted and he received the country’s highest honour, the Order of New Zealand in 2007. His contribution to New Zealand Rugby was acknowledged when he received the Steinlager Salver for distinguished service in 2003, an award repeated on the international stage when he received the International Rugby Board’s (World Rugby) Vernon Pugh Award for distinguished services in 2006.

The Lochore Cup named for competition in the Heartland series was introduced in 2002 while his career was the subject of a book Lochore, written by Alex Veysey, Ron Palenski and Gary Caffell. 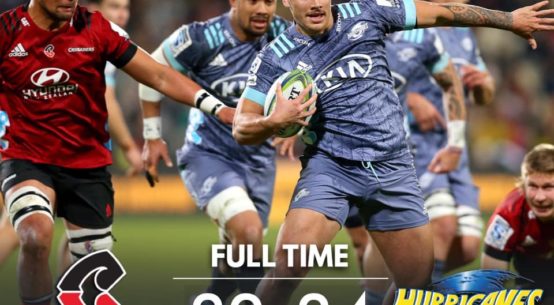