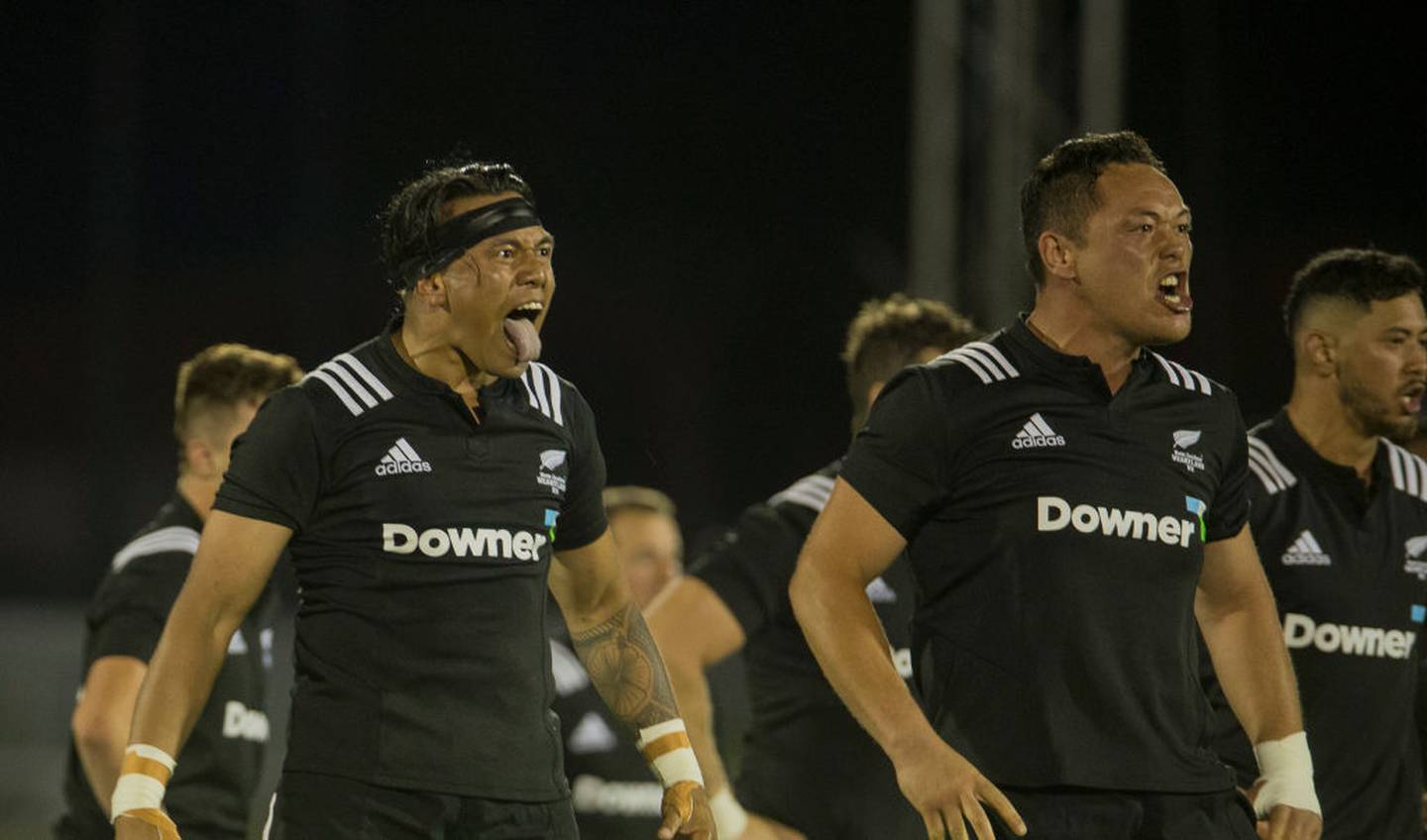 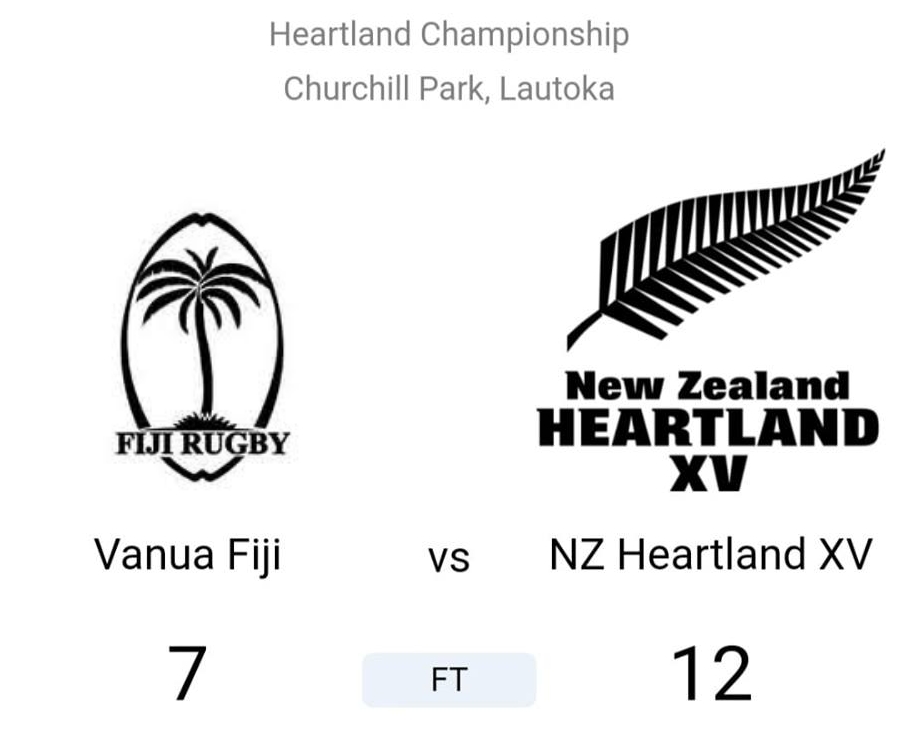 FULL-TIME
An intense battle which ended on a 12-7 point game as the visitors New Zealand Heartland clinch the victory.

The New Zealand Heartland XV came from behind at halftime to grind out a 12-7 victory over the Vanua XV at Lautoka’s Churchill Park in the first leg of their two match series on yesterday evening.

After last Saturday’s 29-19 loss to NZ Marist in Te Aroha, Heartland XV coach Mark Rutene made ten changes to the starting lineup, although he stated such a high turnover had always been the plan with three matches in the space of seven days.

“Regardless of the result on Saturday we were always going to play the all 26 players this week.

“We weren’t clinical or connected enough.

“Marist were a good team, they were efficient and brought an intensity that a lot of our players weren’t used too.

“We’ve looked at our break down, how we carry into contact and how we want to defend.”

Remaining in the starting lineup were Thames Valley captain Brett Ranga at No 8 and his Wanganui vice captain Campbell Hart at lock, along with Horowhenua-Kapiti backs Jaxon Tagavaitau at second-five and Willie Paia’aua on the wing.

In very humid conditions for the 7pm kickoff, local time, the veterans in the Heartland XV also found themselves facing a much stronger home side than the Vanua XV they smashed 60-0 with nine tries in Taupo, 12 months prior.

Chosen from players in Fiji Rugby’s Vanua Championship grade, the 27-player squad had been selected from a wider group of 35, having trained together for three weeks including scrimmaging with the Fijian Under 20’s squad.

Although getting the better of the territory and the penalty count, the Heartland XV still had to absorb some big Fijian tackling, with Vanua then taking the lead not long before halftime with a converted try by lock Elia Ratukove.

The advantage swung back to the visitors in the 47th minute through a try by Tagavaitau, a former Manawatu Turbo who switched to Horowhenua Kapiti and also played for the NZ Defence Force in Japan this year.

Medlicott added the extras, and then for the next 30 minutes neither team could break through again for a tight finish.

Reports were the lineouts were heavily contested while Heartland’s scrum was strong – as West Coast hooker Troy Tauwhare had come into the starting lineup along with North Otago’s Meads Cup drop-kick hero prop Ralph Darling.

As the successor to the old NZ Divisional XV, it was NZ Heartland’s 18th win from 30 games since 2006.

The two sides will meet again on Saturday afternoon at Lawaqa Park in Sigatoka. 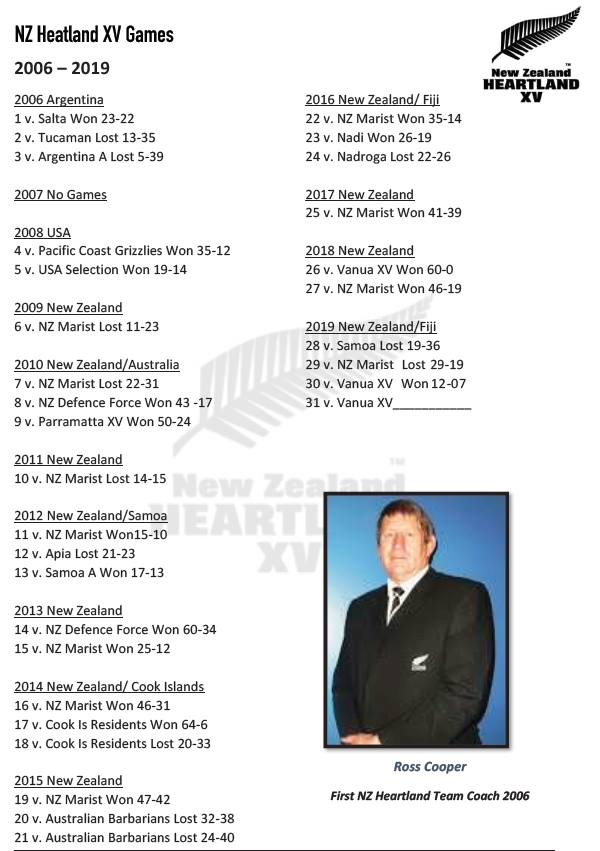 Jared Smith is sports editor of the Whanganui Chronicle