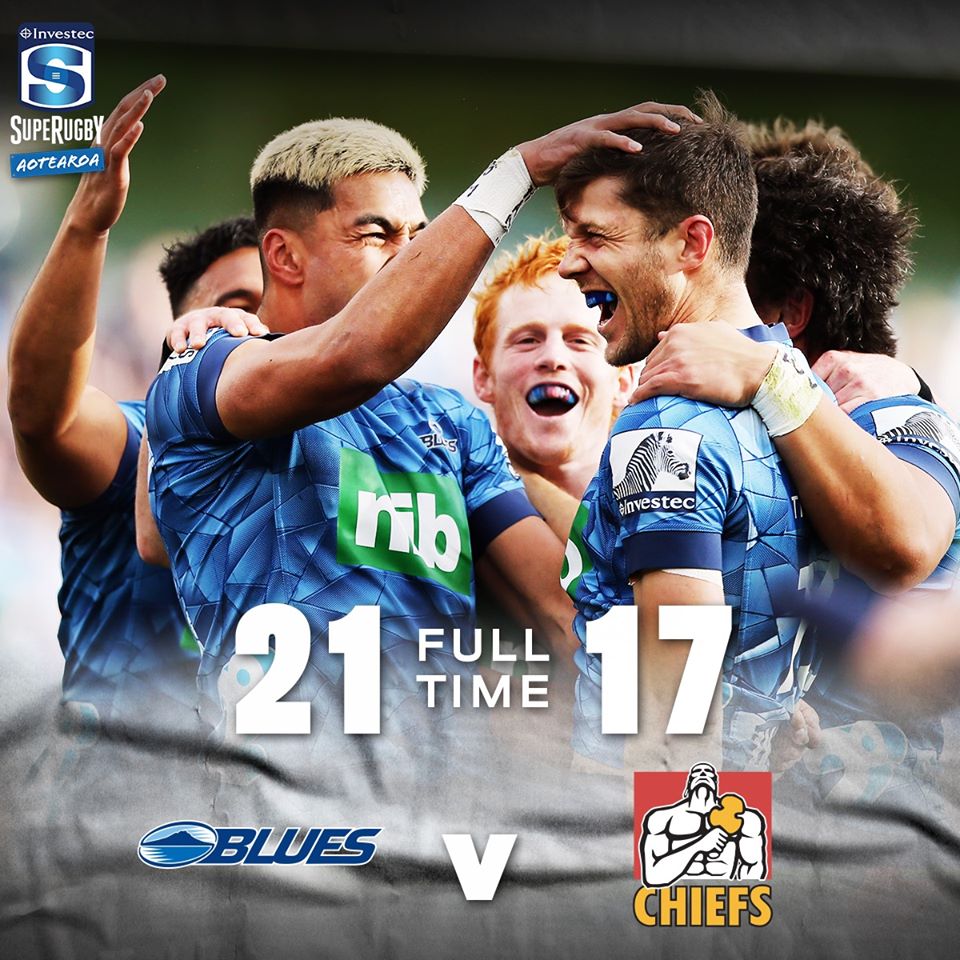 Lost opportunities left the Chiefs frustratingly short of their first win of the Super Rugby Aotearoa season when going down 17-21 to the Blues at Eden Park on Sunday.

It was symptomatic of the Chiefs’ day that they had the winning of the game in the last minute only to concede a penalty on the Blues line that allowed the home side to breath easy.

Fittingly, it was captain and lock Patrick Tuipulotu who claimed the final lineout which saw the ball kicked to touch for the win. He had been to the fore at the other end of the field, grounded just short of what would have been a try to shut the Chiefs out.

However, the Blues paid the price for indiscipline as their penalties, conceding 15 to only six, allowed the Chiefs opportunities that only a team down on their luck were unable to capitalise upon.

Had replacement first five-eighths Aaron Cruden’s crossfield kick been taken by either second five-eighths Alex Nankiville or replacement lock Adam Thomson, it would have been game over. But wing Mark Telea managed to get between them to mess up the chance and from the penalty that had been played under advantage, the Chiefs were again unable to score.

The Blues defence, tested countless times throughout the game, that got them home, and it was in the Chiefs’ last drive that replacement lock Josh Goodhue managed to win the penalty when No 8 Pita Gus Sowakula was held up just short of the line with the penalty being conceded.

But defence was the key for both sides, with Blues hooker Kurt Eklund and flankers Blake Gibson and Dalton Papalii each making some crucial tackles.

Yet, Chiefs flankers Lachlan Boshier and Sam Cane were backed by centre Anton Lienert-Brown and Nankiville, who faced a constant barrage of Blues ball carriers coming hard at them.

Changed personnel didn’t appear to affect the Blues as they scored the first try five minutes into the game. It came from a scrum with Beauden Barrett, at first five-eighths, passing onto centre Rieko Ioane, after second five-eighths TJ Faiane ran a dummy line. 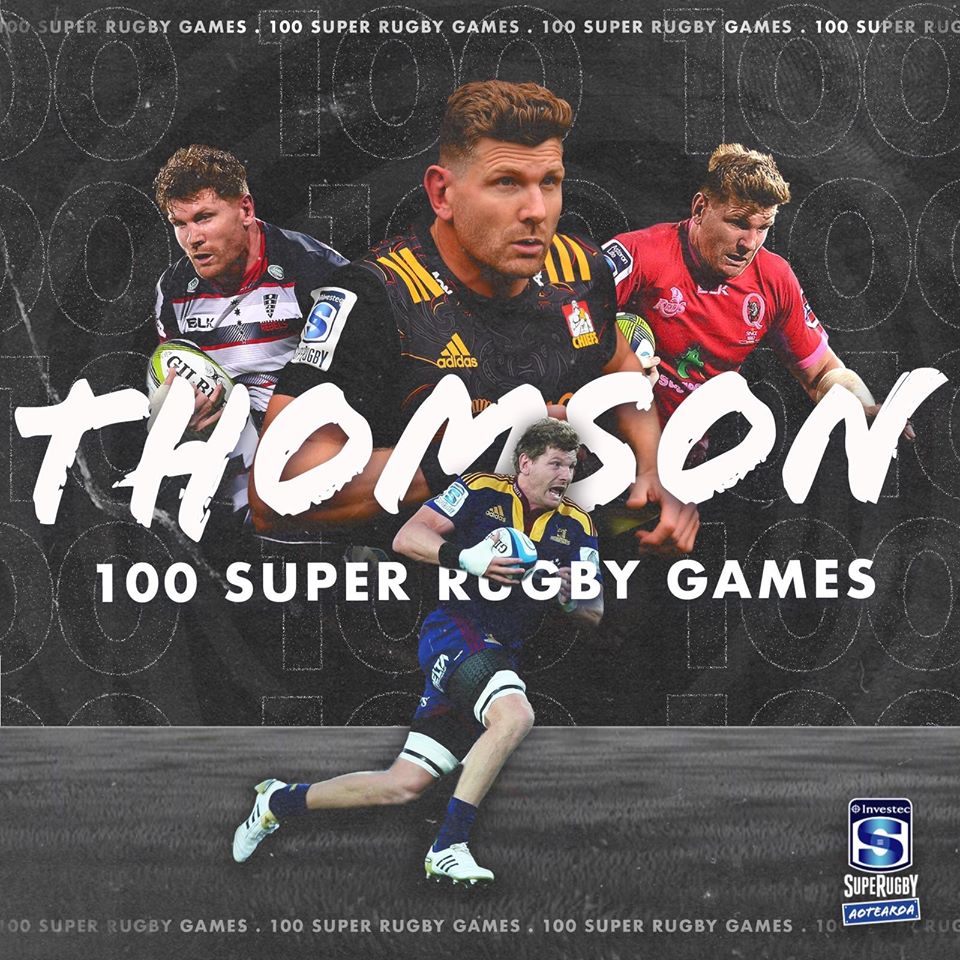 Ioane fired a no-look pass to fullback Matt Duffie running a perfect line and through a gap to score.

The Chiefs got into an attacking situation in the Blues 22m area from the restart but strong defence by front rowers Ofa Tuungafasi and resulted in a penalty being awarded and Barrett driving the Chiefs back into their own half.

More attacking play with Barrett and Telea getting into space allowed the forwards to set into their driving play with Tuungafasi and prop Alex Hodgman taking play to the line before lock and Tuipulotu was driven over to score in the 13th minute.

Given a second chance, the Chiefs showed more control after Cane twice drove ahead and after gaining a penalty they performed better when taking the lineout option. Fullback Damian McKenzie ran into the line to give momentum that the forwards capitalised on with Sowakula controlling ball at the base of the ruck to feed Boshier over the line to score in the 19th minute.

However, when they went to the break 7-14 down, the Chiefs could only reflect on a wealth of missed opportunities given they enjoyed two-thirds of the possession in the game and had forced the Blues to make 75 tackles compared to 35 of their own. They also made 111 passes to 47 only by the Blues. But a more reflective statistic of the game was the shared 7-7 turnovers conceded.

In the 25th minute, a mistake by Telea when he tried to keep a penalty kick to the corner saw Chiefs wing Solomon Alaimalo race through to take the ball and it was only a desperation tackle from Eklund that stopped him from scoring.

Then after the Chiefs threw a forward pass the Blues cleared only for McKenzie to run ball back to link with Weber and again it was two desperation tackles, one after another by Gibson that denied them another try. On another occasion, a overthrown lineout ball denied them another chance and by the end of the half it was the Blues who had worked play to the other end of the field.

Another mistake, or so it seemed, in their own 22m area when Sowakula threw a long pass to ground. However, Weber was covering and sped onto the ball, fed replacement first five-eighths Aaron Cruden and then centre Anton Lienert-Brown who fed Alaimalo who raced in from 22m out to score, only to then be injured as Caleb Clarke dropped on him over the line.

However, the Blues regained some of their first quarter form to get back into the Chiefs quarter, after Tuungafasi rumbled through a big gap to create the momentum that saw Tuipulotu and Gibson both try for the line before halfback Finlay Christie dashed around a ruck to get the ball down.