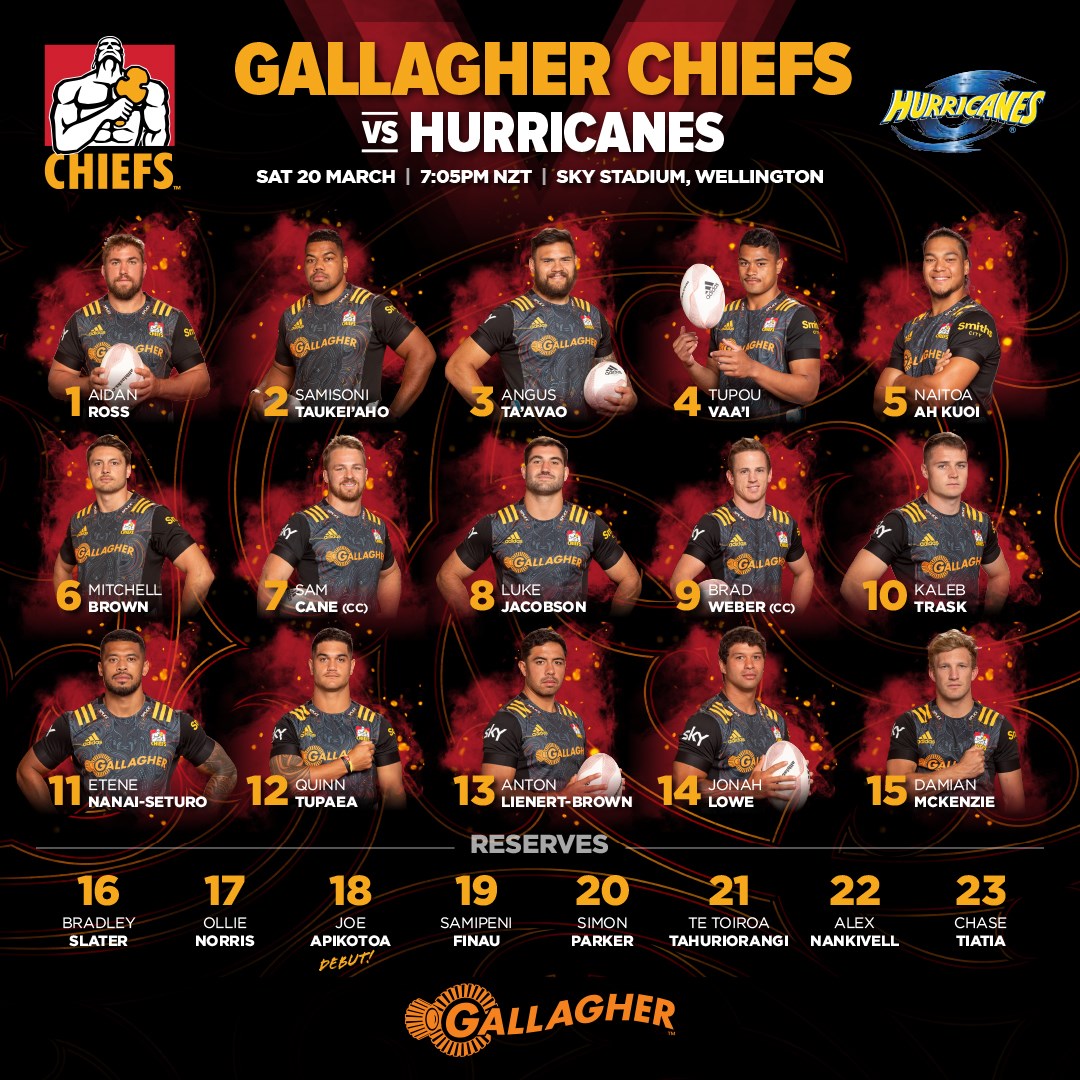 Gallagher Chiefs Head Coach Clayton McMillan has named his Gallagher Chiefs team to hunt down the Hurricanes for their first win of their Sky Super Rugby Aotearoa campaign at Sky Stadium in Wellington on Saturday 20 March.

McMillan has made five changes to his starting fifteen for the 7.05pm clash, while five new faces will join the bench. Hawke’s Bay’s Joe Apikotoa will be in-line to make his Sky Super Rugby debut off the bench after impressing coaches during the teams’ pre-season campaign.

Loosehead prop Aidan Ross and lock Naitoa Ah Kuoi have been promoted to the starting fifteen in the only changes to an experienced forward pack.

Bay of Plenty first five-eighth Kaleb Trask returns from injury for his first start of the 2021 Sky Super Rugby season. Waikato playmaker Quinn Tupaea and All Black Anton Lienert-Brown will combine in the midfield. Powerful outside back Jonah Lowe will return to the starting fifteen on the right wing for his second cap in the Gallagher Chiefs jersey to complete the changes in the backline.

After making his Super Rugby debut in 2016 for the Hurricanes, Te Toiroa Tahuriorangi is set to play his 50th Super Rugby match off the bench at the stadium where his Super Rugby career kicked off. The Māori All Black will provide cover alongside midfielder Alex Nankivell and playmaker Chase Tiatia.

Taranaki hooker Bradley Slater retains the number 16 jersey and will be joined by front rowers Ollie Norris and debutant Apikotoa. While Simon Parker and Samipeni Finau are set to receive their second Gallagher Chiefs cap if they take the field.

McMillan said this weekend provides an opportunity for several individuals to stake their claim for their spot in the game day twenty-three.

“We have a youthful team, and we are backing everyone to do their job. This weekend is no different, it is up to the individual to stake their claim for the jersey.”

McMillan highlighted the changes made, “We have been very happy with what Bryn has done in the last two weeks. With Kaleb returning from injury, we have given him the nod. He was impressive during the Mitre 10 Cup, so the onus is on him to put his hand up for the number 10 jersey.”

McMillan continued, “There is a need for rotation in the front row and Reuben has been carrying a big load in the last few months. Sione Mafileo has a minor back injury so we are taking a cautious approach with him and resting him this week. However, Joe made some big shifts physically and technically through the pre-season and has earnt his spot on the bench.”

“Triple T has had an impressive journey to date, it’s a credible achievement to clock up 50 Super games and a fitting occasion to do so against the side that started his Super Rugby career.” 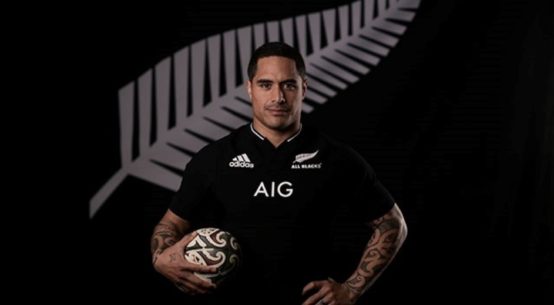