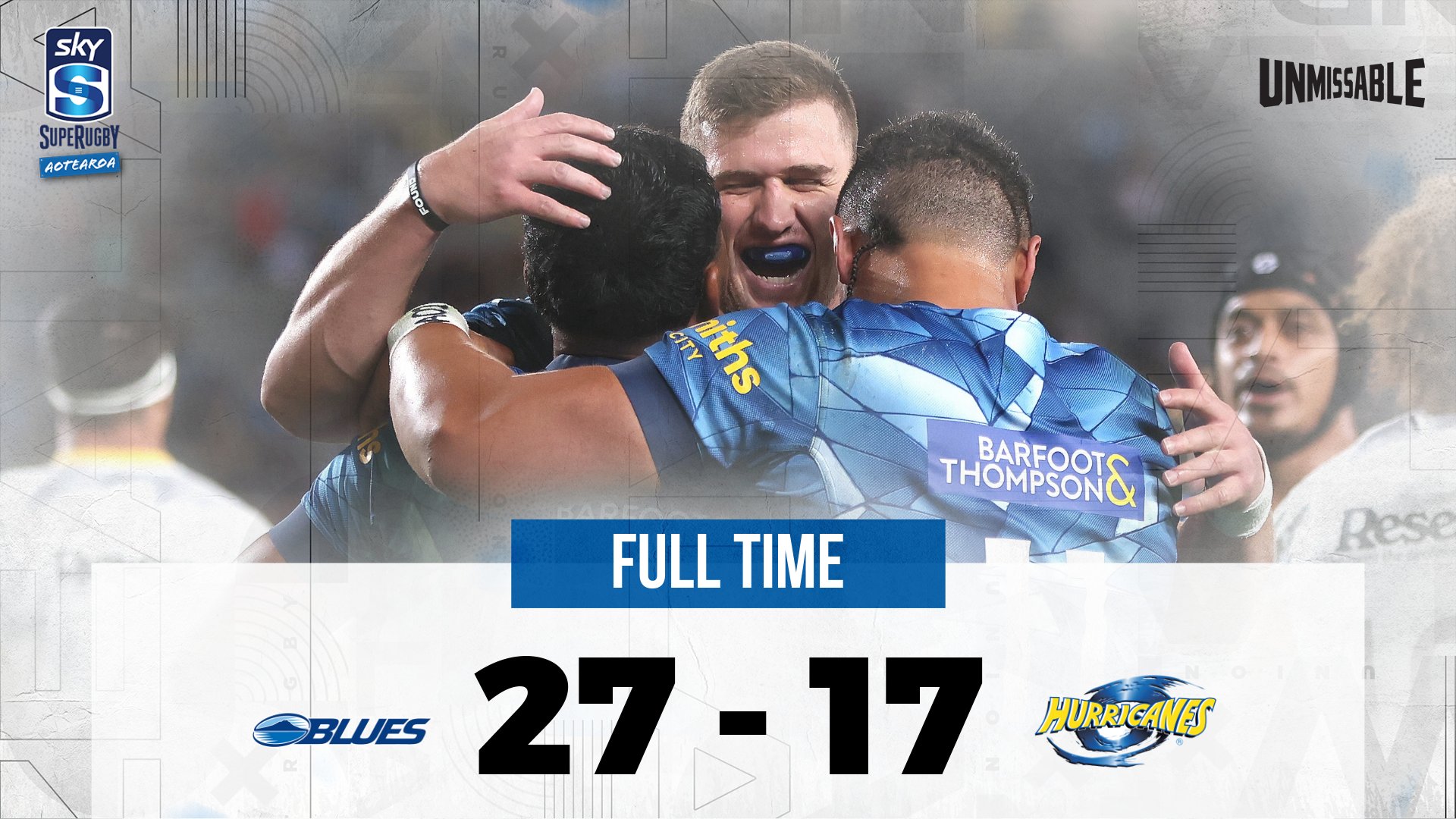 It wasn’t pretty but the Blues retained their second place on the Sky Super Rugby Aotearoa points table when subduing the Hurricanes to claim a 27-17 win at Eden Park on Saturday.

Play rarely flowed in a scrappy encounter where the superior defence of the Blues was matched by their execution when the opportunities for tries presented themselves.

Up only 10-9 at halftime, the Blues looked to develop their game more out of their pace in the second half.

Constant ball retention while advancing on the advantage line finally provided a breakthrough for the Blues. It followed a multi-phase movement after 50 minutes that saw replacement halfback Jonathan Ruru held up over the line.

The Blues won the goalline dropout and from a midfield ruck first five-eighths Otere Black passed to fullback Stephen Perofeta who, as he had several times earlier in the game, found a gap and then drew the defence to fed second five-eighths TJ Faiane in for the try.

It was typical of the Hurricanes’ night that a superb break by Julian Savea came to nothing when brother Ardie knocked the ball on from the ruck. It was potentially the Hurricanes’ best scoring chance in the first 60 minutes of the game.

And that was rammed home when a penalty from the restart cleared the Blues line. They held the ball in the maul and then put pressure on through a high ball, well followed, with flanker Dalton Papalii rounding out a fine game with a strong break.

That opened up a chance on the right after 64 minutes when centre Rieko Ioane eyed up Isaiah Walker-Leawere, a lock, in the opposing defence line beating him on the outside to then fling a long pass to wing Mark Telea who scored in the corner.

However, the Hurricanes weren’t done and when the Blues conceded a scrum penalty out from their line, they took the lineout drive and it was hard-working flanker Reed Prinsep who scored four minutes from the end.

That proved their last chance as the Blues gained a vital scrum feed at a maul turnover one minute out and won a penalty of their own to put the issue beyond doubt.

It followed a scrappy first half, neither side able to string together the tell-tale moves that would have turned possession into points. The Hurricanes were true to their word in looking to create momentum through their big men, wings Julian Savea and Salesi Rayasi, second five-eighths Ngani Laumape and Prinsep. They forced the Blues to make 70 tackles, compared to 34 by the Hurricanes

But the Blues defence held them out with the Hurricanes losing loose forwards Du’Plessis Kirifi and Ardie Savea to the sin-bin. The latter, in the 30th minute, was ruled to have infringed as the Blues mauled their way toward the goal-line from a lineout.

Hooker Luteru Tolai went to ground just short of the line but referee Brendon Pickerill awarded a penalty try – the only seven-pointer of a disjointed, and unsatisfactory, first half for both sides.

The Blues didn’t help themselves with some lineout communication issues, self-inflicted handling errors that resulted in the Hurricanes having five scrums feeds to one. And there was only one occasion when they were able to put their scrum strength to effective use. 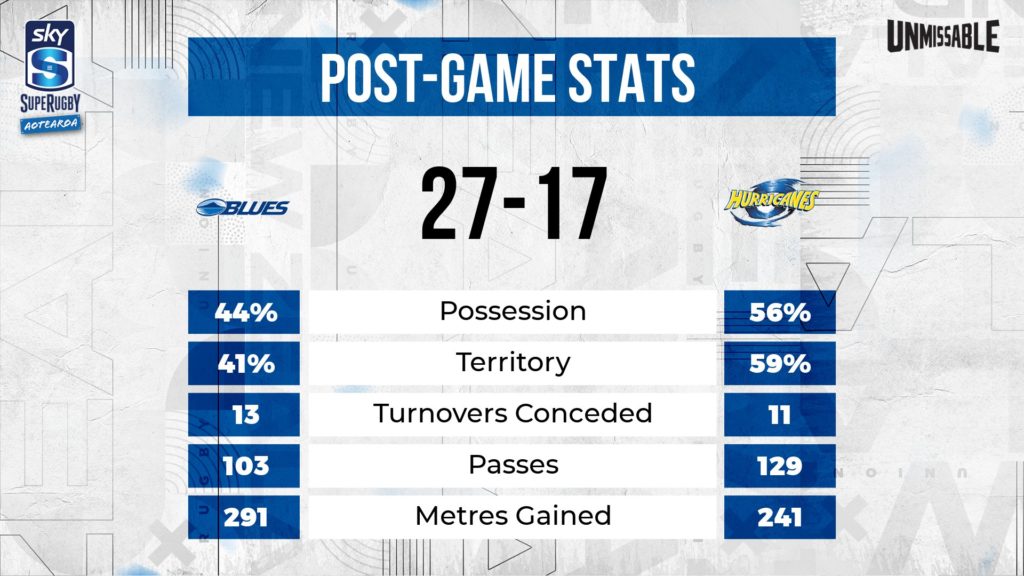