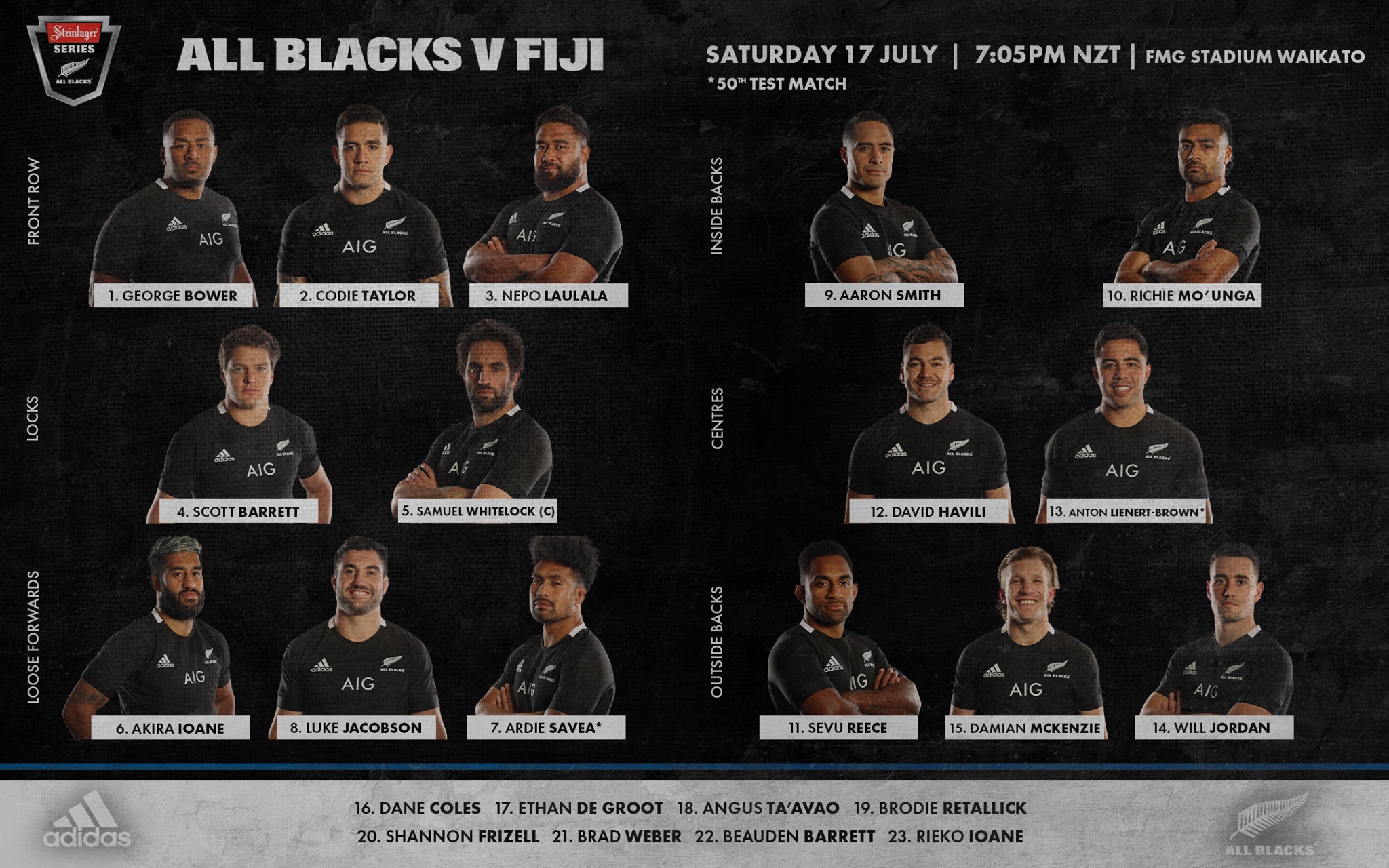 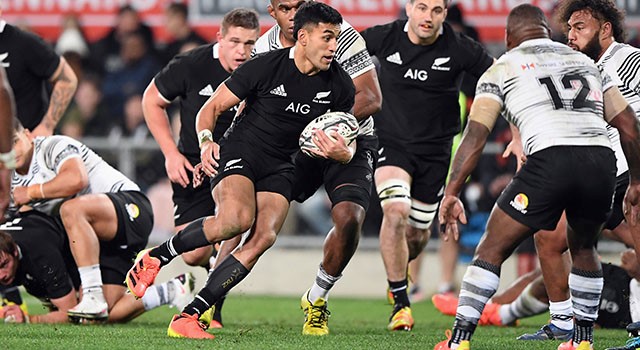 The All Blacks team has been named to play Fiji in the third match of the Steinlager Series at FMG Stadium Waikato on Saturday 17 July (kick-off 7.05PM). 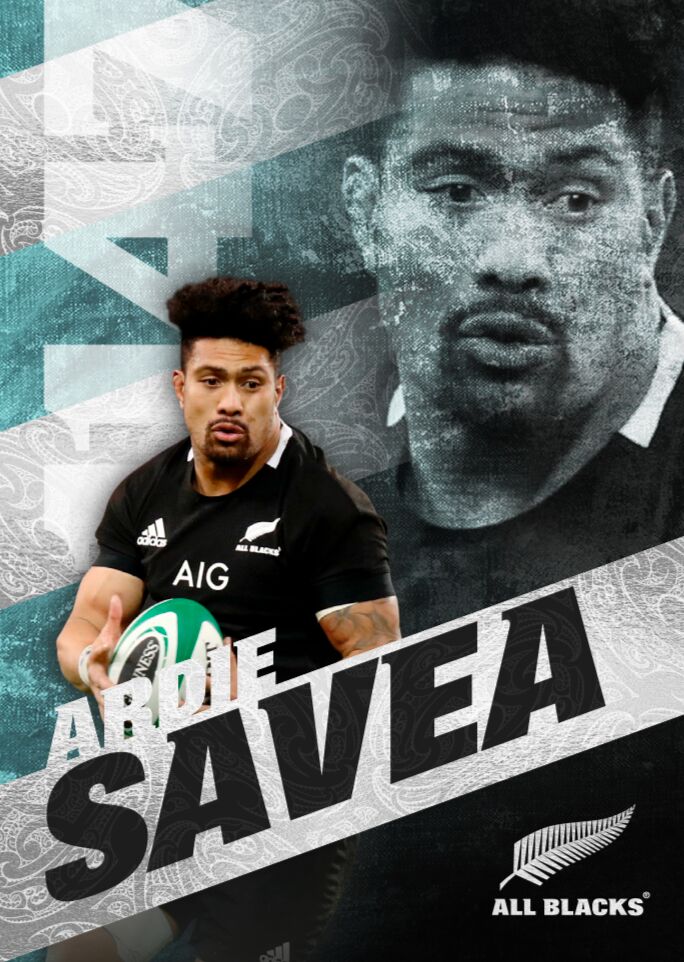 The matchday 23 is (Test caps in brackets)

The naming sees a return from injury for midfielder Anton Lienert-Brown and loose forward Ardie Savea in what will be their 50th Test matches. Savea will start at openside flanker and Lienert-Brown is in the 13 jersey.

Lock Samuel Whitelock returns to captain the side, starting alongside Scott Barrett in the second row, with Brodie Retallick continuing his return to international rugby via the bench.

In the backs, Aaron Smith retains his starting spot at halfback, inside Richie Mo’unga at ten. David Havili is again at 12, inside Lienert-Brown, after his first Test start there last week. In the outsides, Sevu Reece moves to the left wing while Will Jordan comes off the bench onto the right wing and Damian McKenzie is at fullback. Halfback Brad Weber, Beauden Barrett and Rieko Ioane are the back reserves.

All Blacks Head Coach Ian Foster said: “It was the second Test of the year for us last weekend and we were pretty happy with our performance. There were a lot of views about our performance and that’s the beauty of being in this team: people expect perfection.

“We took some really good steps up from the week before (against Tonga) and we were satisfied with our performance, but it did highlight some areas we need to keep growing. This Steinlager Series campaign has been about growing our game and making sure we have players that are ready to go for what will be a long season.”

On Savea’s and Lienert-Brown’s milestone, Foster said: “To play 50 games for the All Blacks is pretty special and it’s also special that they get to do it together. Both are really influential players, they’re excited and will have some proud families coming along to watch.”

* This will be the All Blacks 600th Test in the team’s rich history. The first All Blacks Test match was against Australia way back in 1903.

* Aaron Smith and Beauden Barrett played in their 28th win together last weekend, equalling the All Blacks inside backs wins partnership with Justin Marshall and Andrew Mehrtens. Marshall and Mehrtens took 41 Tests to reach the target while Smith and Barrett’s 28 wins have come in 34 Tests.