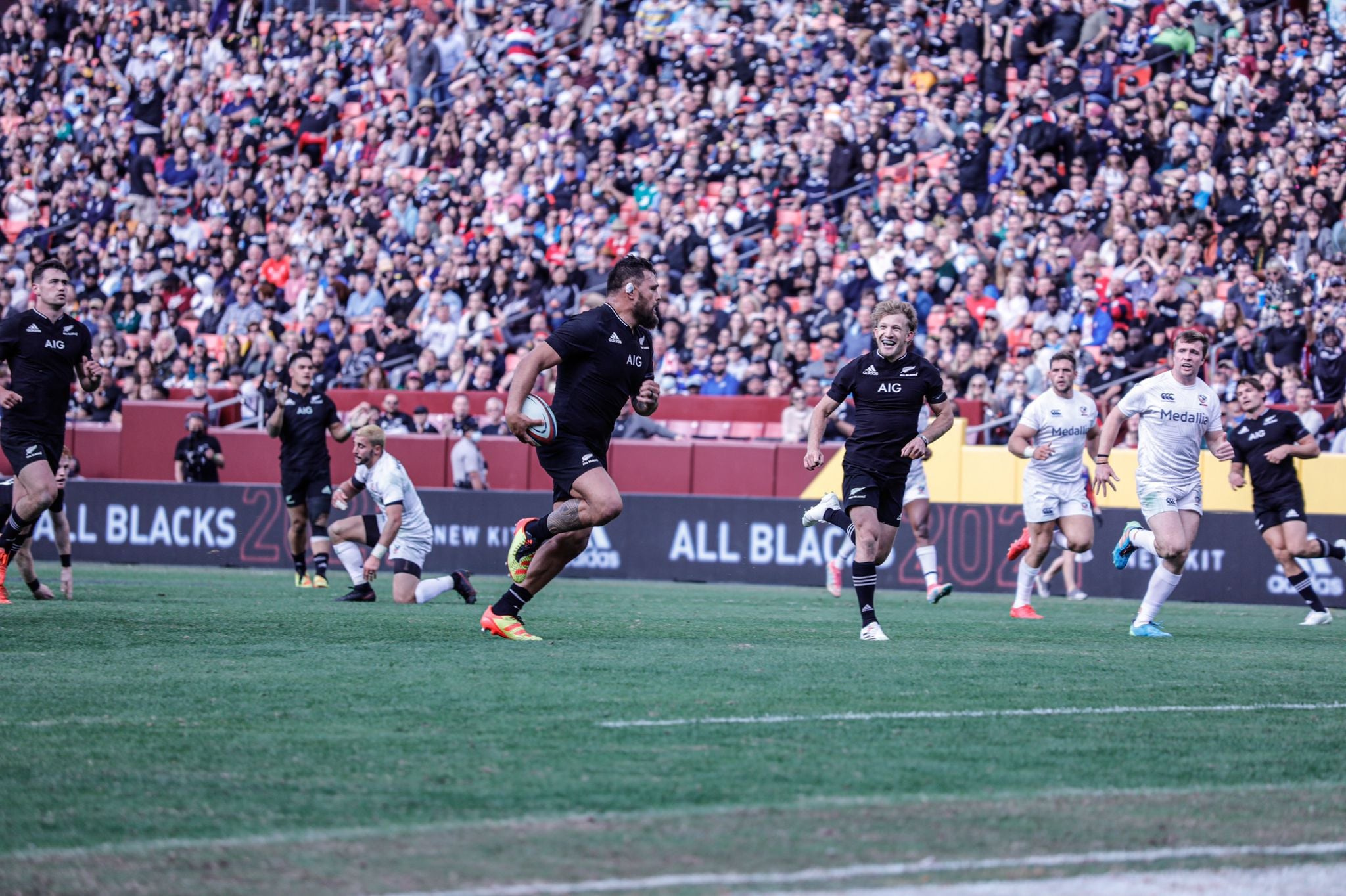 Making the most of their starting opportunities the All Blacks’ less experienced players took them with both hands in a 104–14 record win over the United States Eagles in Washington on Sunday (NZT).

Apart from a phase through the middle stages of the second half, the Eagles were shut out of the game, and the All Blacks recovered to come home with two tries in the last three minutes to reach their century.

Scoring the first of their nine first-half tries only 29 seconds into the game when flanker Luke Jacobson scored the first of two tries, the All Blacks set the tune from the outset.

Speed was the obvious difference between the sides. It showed up in the All Blacks’ decision-making, and it was demonstrated in their handling and unrelenting support play.

Every time an All Black’s progress was impeded there was someone on hand to carry on the momentum.

Catch up on all the try-scoring action from a record-breaking day in the USA capital. Credit: Sky Sport NZ

Common contributors in set-up plays were Va’ai and Tupaea, who were frequently responsible for giving the ball tidily to those coming through to join breakdowns and allowing the ball to be moved quickly and effectively.

Prop Ethan de Groot scored a try on starting debut six minutes into the game while tighthead prop Angus Ta’avao crossed for his first in the 32nd minute and then backed that up by opening the second half scoring after flanker Dalton Papalii had worked with fullback Damian McKenzie to open the defences.

McKenzie’s speed on the outside break was a constant problem for the Americans throughout the game and produced the first try of the game for Jacobson.

On the left wing Will Jordan was able to feast on the wealth of possession to score three tries while first five-eighths Richie Mo’unga scored a lovely try halfway through the first spell, chipping ahead for Jordan to regather and then feed back to the Crusader. He was tripped but got back up and had enough time to run in the try during a 23-point haul.

An electric break he made early in the second half saw him link with McKenzie who then had flanker Dalton Papalii inside him to score.

The USA had reward just before halftime when lively halfback Nate Augspurger broke from a ruck and had the speed to run away and score what was the first United States try in all matches against New Zealand. That was supplemented in the second half when former North Harbour Sevens player and wing Ryan Matyas got over in the corner.

Flanker Hanco Germishuys was a constant presence in the home defence but lacked the support the All Blacks enjoyed. First five-eighths Luke Carty showed some good touches when the USA was able to build some momentum.

But there were few other moments to savour, as the pressure didn’t ease up as the replacements were ushered onto the field. Centre Anton Lienert-Brown scored almost immediately, inevitably off a good ball from Tupaea.

Replacements first five-eighths Beauden Barrett, hooker Dane Coles and halfback TJ Perenara all crossed before the end to set up the remaining four Tests of their 2021 programme. 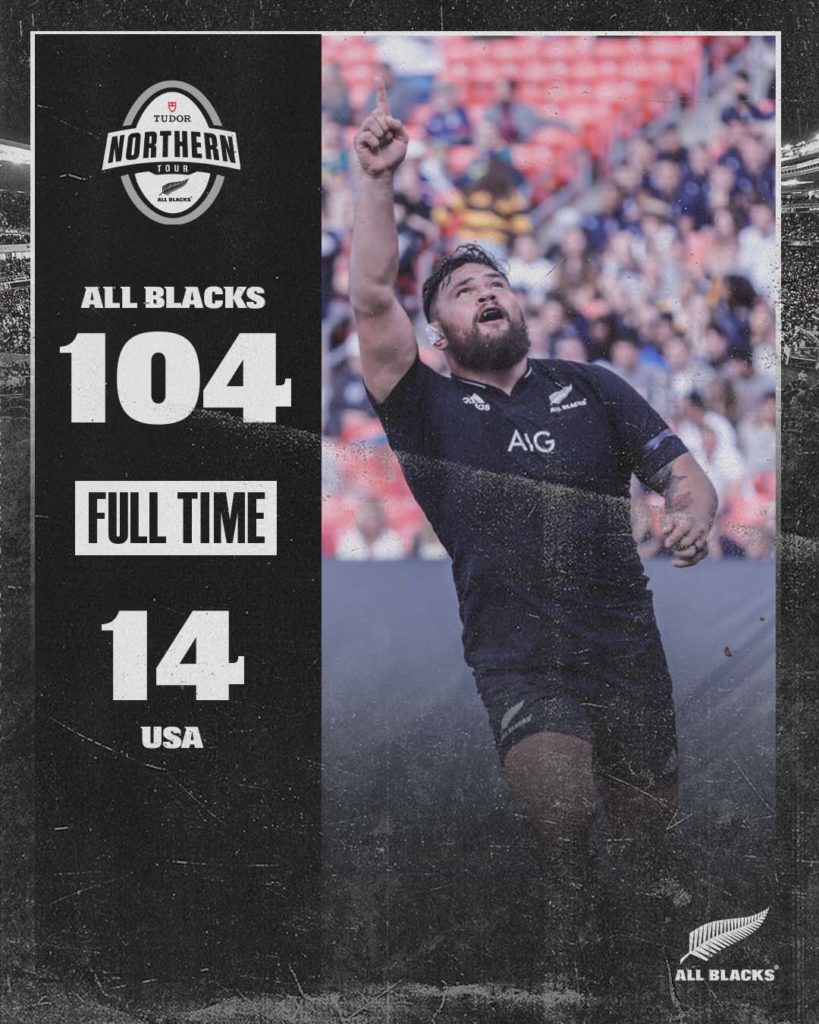