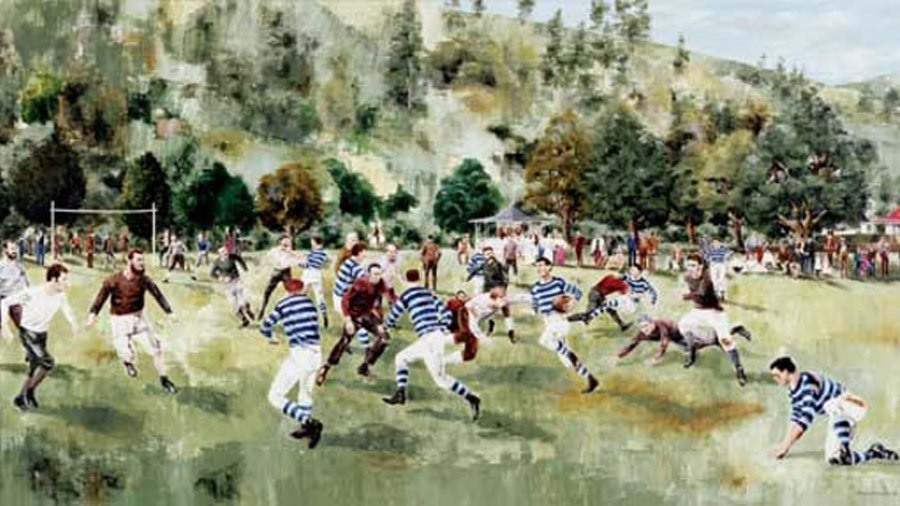 But when a significant crowd of 200 Nelsonians got together one day in May 1870, they could never have imagined that they would have been the first to witness and participate in a tradition that would become part of New Zealand. One can also bet that none foresaw Rugby as one of the NZ free spins no deposit 2021 games.

The first recorded and known game of Rugby played in the land of the long white club happened on a clear day on May 14th, 1870. Nelson Football Club and Nelson College played the first game.

The crowd of 200 people included a fair number of ladies and a good proportion of men. They got together at the Botanics to watch in awe as players participated in a new version of what was at the time known as football, introduced by Charles Monro. The name football was, at the time, an umbrella term used to describe a team game where people kicked a ball.

Charles Monro was the son of Sir David Monro, Speaker of the New Zealand Parliament. He is now considered by history as the “father of New Zealand rugby.” Charles Monro played Rugby while a student in England at Christ College, Finchley, then in January 1870, introduced the game’s rules to the Nelson Football Club.

Charles suggested a match against Nelson College. At the time, Rev. F.C. Simmons was the headmaster, and he was also an alumnus of Rugby School, just like the two principals that came before him. After this, there was a historic rugby match four months later.

Captains of the team agreed to have 18 players each. These teams were made of three half-backs, two fullbacks, three three-quarters, and ten forwards. The college team put on tight-fitting shirts and matching blue caps, while the town team had on street clothes since they had no uniform.

17 Reported the match and described the game’s characteristics as inherently different from the known versions of traditional football. “Now some player runs with it (the ball, apparently oval) and a general scrimmage ensues: it is all shove, pull, rush and roll about in a confused mass till ‘down’ is cried, and away the ball goes again till perchance it gets in touch or caught.” In a later report, readers came to know that the ball was “touched down” behind the goal.

The town team won the first rugby match in New Zealand with a 2-0 score. It is safe to assume that when everyone went home that day, they were possibly unaware that they had just witnessed the first rugby game in the country.

Two Anglican ministers in Nelson, Robert Codrington, and Henry Turton, both Rugby School old-timers, introduced the new game to students as “[Players] down like ninepins” and “[the ball] over the bar,” according to records of the 1860 match written by a Nelson College old boy using the pen name “Scrum.”

This is a game similar to the one that was played at Rugby during the time. However, this game did not become popular until later. Besides, the game played in Nelson on May 14th 1870, was not officially recognized as the first organized game of Rugby in New Zealand until considerably later.

It was the first game with the complete rugby regulations created by Monro and the oval ball that was officially documented.

While the game played in 1870 was the first rugby game recognized in New Zealand, a similar rugby-like match was played in 1909 at Nelson College. But it’s likely they didn’t apply the same rules and used a round ball.