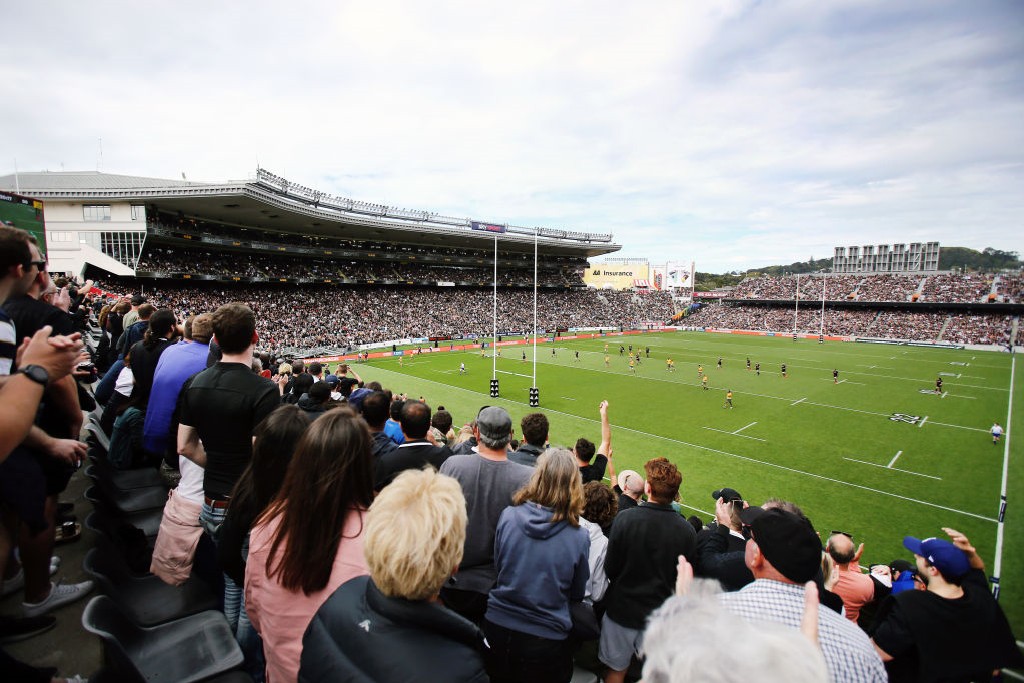 New Zealand Rugby (NZR)’s Provincial Unions have given majority approval of the Project Future investment proposal that will see the US technology investment firm Silver Lake partner with NZR and the New Zealand Rugby Players’ Association (NZRPA) – providing both investment into the game at all levels and support for the development of new capabilities.

The green light vote was met by a round of applause at a Special General Meeting (SGM) in Auckland where NZR Chair Stewart Mitchell heralded a new era of opportunities for rugby. The partnership will be ratified by the NZR Board subject to the long-form legal documentation being finalised which should take place in the coming weeks.

“This is a transformational moment for rugby in Aotearoa at every level of the game and will enable us to move forward, change, and take advantage of the massive opportunities in front of us. It has taken us some time to reach this point and that is because our members care so deeply about our game, our communities, and our people.

“I would like to thank the Provincial Unions, the Māori Rugby Board and the Players’ Association for their support, and Silver Lake for their patience and understanding of the values and traditions of rugby in Aotearoa as we have worked through the complex details of this proposal. I would also acknowledge the hard work and dedication of our management and staff over the past 15 months as we have navigated COVID-19 and the challenges it has presented.

“Our collective challenge now is to grasp this moment and ensure we invest in the right areas of the game, in particular at the grassroots, in teenage and women’s rugby, and in the technology which will allow us to engage with our fans around the world and ensure rugby is re-imagined for the next generation.”

Silver Lake will invest $200m in NZR for a minority ownership percentage in NZR Commercial Co of which $7.5m will go to rugby clubs, $2m into Māori Rugby, and $20m into Provincial Unions. There will also be a $60m contribution to a new Legacy Fund, an amount set aside to invest in growth, various investments across the game and the balance of funds after costs will form an injection in to NZR reserves to safeguard the game against any future financial disruptions.

NZR Chief Executive Mark Robinson said the yes vote was a win for everyone involved in rugby.

“This is a major milestone for our game– the entire rugby community is united in support of the Silver Lake partnership and all that we can now achieve together. The hard work starts now as we work together with our members, our players and Silver Lake to make the most of this extraordinary opportunity over the coming months and years.

“This transformation will take time and we need to remain patient but not lose sight of the fact that we need to move at speed now. Over time, we believe this partnership will transform rugby for our fans, participants, players, and stakeholders allowing us to invest in key areas of the game from participation in clubs to professional competitions while bringing new commercial expertise and focus to help us connect and engage with fans in Aotearoa and globally. Those benefits will result in stronger revenue growth which will ultimately flow back into the game at all levels.”

“Digital technologies are changing sports and media, providing a lot of opportunities for rugby, and we are ready to help go after them—while respecting the values and traditions of the game in New Zealand.”

“The debate has been healthy and productive; we have been listening carefully. It’s great that we now have the approval to go forward with this partnership.”

“It sends a strong message that, following a thorough and robust process, the game has united behind and endorsed what has the potential to be a very successful partnership and way forward for rugby in New Zealand. The players thank Silver Lake for their positivity and professionalism throughout, and look forward to working with everyone to ensure we deliver on that potential.”

Colin Groves, Vice President of Waikato Rugby Union and lead Provincial Union representative for Project Future, said the Silver Lake agreement promised an exciting and sustainable future for rugby by allowing the 26 Provincial Unions across New Zealand a generational opportunity to help grow and support the 155,000 Kiwis who play the game, from grassroots to the professional level.

“As custodians of our national sport, we are delighted that the Legacy Fund under the Silver Lake deal provides a long-term equity base for the development of the game at all levels and specifically to ensure that there is a significant amount of money for community rugby in New Zealand.”

* Establishes NZR CommercialCo under the control of NZR that will contain all the revenue-generating activities of NZR.
* Silver Lake invests NZD $200 million at an NZD $3.5 billion valuation in the form of a perpetual convertible security at a low interest rate, which can convert into ordinary equity after three years.
* Later in 2022, an additional co-investment will be offered to New Zealand-based institutional investors so that domestic capital can have the opportunity to also participate in the investment. A minimum of NZD
$62.5 million will be offered, with the potential to seek up to NZD $100 million if parties agree. Silver Lake will underwrite this institutional syndication if it is not fully subscribed.
* At the conclusion of the additional co-investment, Silver Lake will own between 5.71-8.58% of NZR CommercialCo (representing NZD $200-300 million investment, depending on capital needs and the uptake of New Zealand-based institutional investors)
* Silver Lake, NZR and NZRPA will through “Global Rugby Opportunities” (GRO) together invest in global rugby and rugby-related technology businesses, earning NZR and NZRPA a 15% share of the profits of GRO (split 50/50) in return for their contribution of sports expertise, know-how and relationships.
* Under this partnership, the protections and controls for NZR remain in place as previously agreed. Silver Lake will be a minority investor and NZR will retain full control over rugby as well as the commercial strategy. The new NZR CommercialCo entity board will be controlled by NZR and will comprise a new independent Chair, and other independent directors, to assure high governance standards and at the same time business acumen to make NZR CommercialCo a success for everyone interested in rugby in New Zealand. The NZRPA will have a seat on the NZR CommercialCo board.

Following the closure of the transaction, the new Chair and board will be recruited for the new commercial entity – with a view to having them in place by the end of 2022. This new board will then approve the new NZR commercial strategy and the business plan including commercial goals, plans and targets, with a view to this being enacted from early 2023. NZR CommercialCo is committing to transparency and will at the appropriate time share details on its commercial strategy and what that means for players, fans, and anyone interested in rugby in New Zealand.