King Country face a semifinal rematch with Wanganui this weekend in Te Kuiti, after edging their visitors 30-29 in the Heartland Championship on Saturday.

With a minute remaining at Rugby Park it looked as if King Country would be hosting Thames Valley in the upcoming Lochore Cup semifinal, but a late try to Wanganui replacement Roman Tutahua handed his side two vital bonus points.

That drew Wanganui level with the Swamp Foxes on the Heartland Championship table with 17 points, but they avoided an early off-season with a better points differential.

It came down to five points over the eight competition rounds, with Wanganui finishing with a plus-9 points differential, while Thames Valley were plus-4.

King Country didn’t have any issues on attack, and showed that in their performance on Saturday.

Wanganui came out with plenty of purpose on attack, finding overlaps almost every time they flung the ball wide. Poor hands let the visitors down early, having burst into the Rams 22m three times in the opening 10 minutes.

After both sides traded penalties, Wanganui second-five Rhema Sagote gave his team a well deserved lead with 25 minutes on the clock.

The visitors then clocked off from the restart, allowing King Country to march back downfield and score a minute later through flanker Anthony Wise.

King Country then took a lead into halftime when Chanse Perham broke up the left wing to score in the corner.

After the break Wanganui were fired up, with first-five Areta Lama crossing after five minutes, giving Wanganui a 17-15 lead.

But the hosts struck back immediately with outstanding wing Dean Church, bursting down the right touchline after Whakataki Cunningham had earlier sliced through the Wanganui defence.

Wanganui fought back again, with replacement halfback William Short getting over in the left corner, but like each try before, King Country replied instantly.

Prop Adam Morris had the home crowd on its feet after dotting down with five minutes to play, a bonus-point try that almost sent King Country into the Meads Cup.

At that point Wanganui were out of the Heartland Championship, but when Roman Tutahua broke free to score with a minute left on the clock, Wanganui were back in the semifinal mix.

Now that both sides have had a close look at each other, King Country coach Kurt McQuilkin said there will be more planning based on some of Wanganui’s stronger players.

One of those the Rams will need to stop is Simon Dibben, who had a blinder on the wing and often came inside to get the ball to great effect.

But Wanganui will be having nightmares of their own thinking of a way to stop King Country’s own fullback, Jono Malo, from running rings around their defence.

Malo seemed a class above his opponents during the match finding gaps in the defence where there appeared none, and starting a number of strong King Country counter-attacks.

“We’ve eyed each other up now,” McQuilkin said.

“A lot of semifinals are really dour affairs, so it’ll be interesting to see how it plays out next week.

“If it’s anything like Saturday’s game, it’ll be a real nail-biter. We have a few guys we know we need to shut down, so we’ll focus on that this week.”

King Country will take on Wanganui at Rugby Park in Te Kuiti at 2.30pm on Saturday. 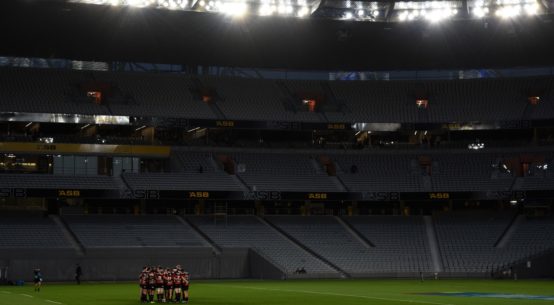