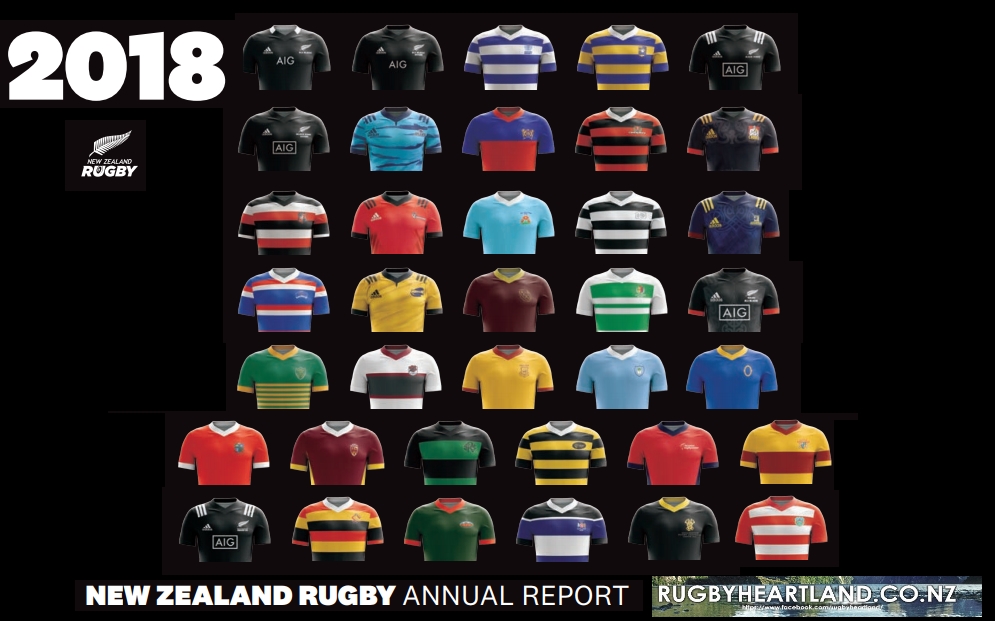 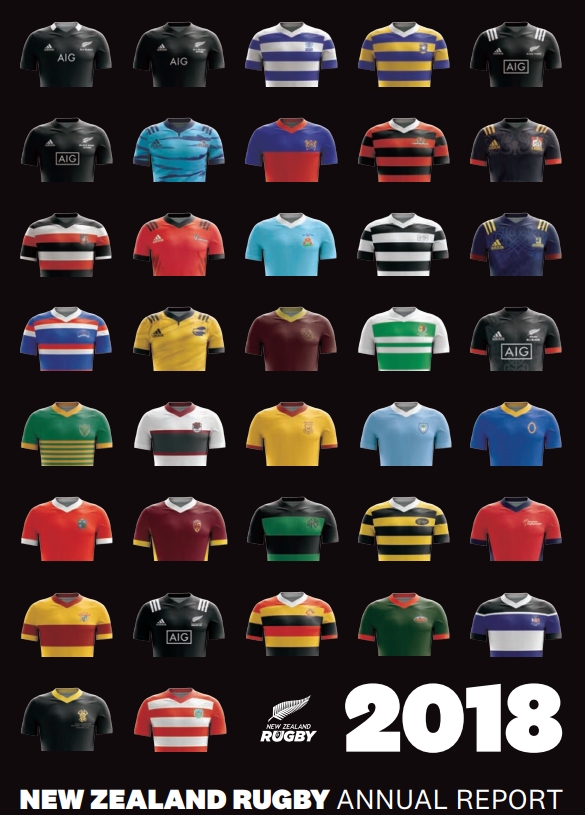 The headline result was a loss of $1.9m for the 2018 financial year, but pleasingly 44 percent ahead of budget largely due to $68m in commercial sponsorship and licensing income.

NZR Chair Brent Impey said 2018 set a benchmark for underlying investment in rugby at $191m which was fuelled by the profits of the DHL New Zealand Lions Series 2017. Commercial success was driven by the sustained excellence of the All Blacks, and the increasing value of NZR’s teams in black with the Black Ferns Sevens and All Blacks Sevens teams particularly successful in 2018.

“Although we are pleased with our latest financial result these are still challenging times for rugby as we look further ahead,” Impey said. “The pressure to retain our talent and support the growth in our community game puts pressure on our long-term financial projections.”

He praised NZR’s commercial team for the growth of the commercial programme and the player services team who achieved an 87 percent success rate in retaining contracted players in 2018 in a competitive environment. Impey said pending broadcast discussions would be critical in setting NZR up for post-2020 success.

“Agility and pace are now mantras for us as leaders of the game. NZR can and must show leadership, but we need our stakeholders as partners. None of us have all the answers,” he said. “In this world, new cultures of co-operation, sharing of information, being open to new structures, and being prepared to question the status quo must be our new norm.”

“We need to ensure profits are spread over a number of years and in a Rugby World Cup year, we are aware that with the absence of the Steinlager Series and an abbreviated Investec Rugby Championship, results will be different in 2019.”

Nicol said strong underlying growth of 17 percent in commercial revenue (excluding the effect of the DHL New Zealand Lions Series 2017), had driven investment back into rugby.

“The largest investments were in our people and the game with a record $63m spent on the player payment pool. A further $32m was invested into our 26 Provincial Unions and collectively they achieved strong underlying results in 2018.”

A new partnership had been formed with Mitsui Fudoson in Japan with Nippon Suisan (Nissui) and New Zealand Trade and Enterprise also renewed.

Additionally, new commercial and brand initiatives such as All Blacks Coaching Clinics, the Official All Blacks Store at Auckland International Airport, and Red Bull Ignite Seven had been launched.

*The 2018 Annual Report is available here

NZR’s teams continued to excel on the world stage.

It was a landmark year for women’s rugby with the first Black Ferns professional contracts signed in 2018 and past and present players capped for the first time. New Zealand were also announced as the 2021 Women’s Rugby World Cup hosts.

“It was really pleasing to see an increased number of New Zealanders signing up to play the game in 2018. This was again led by a strong increase in female registrations,” he said. “This year we ran Quick Rip competitions across the country involving 84 secondary schools, encouraging younger kids to participate in an easy-form of the game.

“The NZR-led Secondary School Review shed light on the falling numbers of secondary school boys registering to play our sport and now we have clarity over the steps we need to take to address this. It will be a major focus in 2019.”

Tew stressed the importance of ensuring rugby was truly a game for all New Zealanders.

“The introduction of the Respect and Inclusion priority on our scoreboard helps us to hold ourselves accountable for our culture and how we behave.

“We have introduced training programmes within provincial unions and our rugby community on domestic violence and child protection which help ensure we have safer rugby environments and highlight the positive impact we can have on society.”

Initiatives included the establishment of a Complaints Management Service and Te Hurihanga, Create the Change, a programme designed to create healthy relationships in the wider rugby community and rolled out with great success by the South Canterbury Rugby Union.

Board elections and reappointments

NZR Chair Brent Impey was re-appointed as a Board member for a fourth term, while North Harbour’s Shaun Nixon was elected to the Board.

Nixon’s impressive CV includes serving as a Director for the North Harbour Rugby Union since 2015 and on the Blues Board in 2018.

He is the current Managing Director of Total Storage Limited, a founding partner of Nixon Cate Limited Chartered Accountants and responsible for setting up 12 private property ownership companies.

Mark Robinson was also confirmed by the Appointments Committee for a further term on the Board.

Former All Black and Māori All Black Bill Osborne was elected NZR President, replacing Maurice Trapp who had served as President since 2017.

Osborne (Te Atihaunui), who represented the All Blacks 48 times between 1975 and 1982 including 16 Tests as a midfielder, was replaced as NZR Vice President by former Tasman Rugby Union Chair Max Spence.

Osborne said: “I am inspired by those who have preceded me. I’ll work hard to uphold the mana of this role. I’ll wear the cloak of responsibility with humility and pride.”

Former All Blacks captain Sir Brian Lochore was reappointed as NZR’s Patron, while another notable former All Black, Sir Bryan Williams was re-elected to the Appeal Council along with Auckland barrister Rob Fisher.

Impey acknowledged the quality of the Board nominations, but also urged stakeholders to do more to encourage greater diversity in governance.

“We have had two very strong candidates for our Board today, but we need to see some diversity in the Provincial Union nominations to ensure we have the range of skills and knowledge required to be successful.”

He thanked outgoing Board member Steve Morris for his service and “great contribution” to NZR. Morris had been an NZR Director since 2016.