South Canterbury host Wanganui in Timaru to decide the 2015 Meads Cup and Heartland Championship. South Canterbury have been breaking records all season while Wanganui have returned to the top flight after their 2014 Lochore Cup win in Oamaru last season .

In a bizarre twist the past two Lochore Cup champions South Canterbury in 2013 and Wanganui in 2014 face off but, South Canterbury host the Meads Cup final for the first time and are looking to secure their first Meads Cup title , while Wanganui have been there and done that …. on three previous occasions in 2008 , 2009 and 2011 the Butcher Boys have ruled Heartland and are the most successful province in Heartland.

The question is can they do it for a fourth time ? They have the track record , they were down this way (in Oamaru) last season and won the Lochore Cup in a tight match against North Otago , they have just had several players named in the NZ Heartland Team and they are at full strength.

Standing in their way though is South Canterbury , a team starved that major title and a huge crowd is expected to cheer on the hometown lads at Alpine Energy Stadium in Timaru .

“A Battle Royale is totally expected”

In the Lochore Cup the King Country Rams make their first final appearance since 2006 when they went down in Gisborne to Poverty Bay in the Lochore Cup and since they have been close . Since 2006 they have made 4 Lochore Cup Semi Finals losing three (North Otago 2009 , Wairarapa Bush 2010 and Wanganui in 2014) they finally got the win they sorted last weekend away to Buller and with their opponents upsetting Horowhenua-Kapiti in Levin they got the bonus of hosting the Lochore Cup final in Te Kuiti this Weekend.

Another great battle is expected here as North Otago have had the wood on the Rams since the Heartland Championships began and it was not until last season that Rams got a win over the Old Golds down at their home patch in a nail biter winning 17-14 .

And in a great twist as in the Meads Cup Final , both games on Saturday have the teams meeting for the first time this season so we can only take on board the history of the 4 unions. But here in Te Kuiti on Saturday the King Country Rams would need to be the early favorites , even though North Otago demolished Horowhenua Kapiti last week the King Country side have been buiolding nicely all season and again it is a first Final at the Home of King Country Rugby and though we are quite sure they would have preferred to have the Meads Cup final they certainly will make the Lochore Cup a great occasion.

The Rams have announced a unchanged squad for Saturdays game , giving confidence to the team that did the job in Westport last week. North Otago are also expected to announce the same team that won in Levin.

Full Coverage is going to be available on SKY SPORT this Weekend of both matches , but if you cannot get to see it head on Pay TV then head on over to our Facebook page for LIVE UPDATES 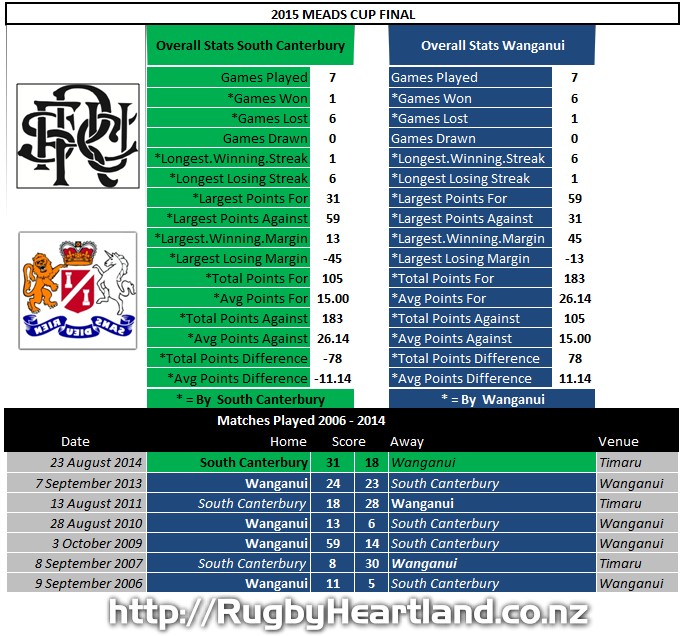 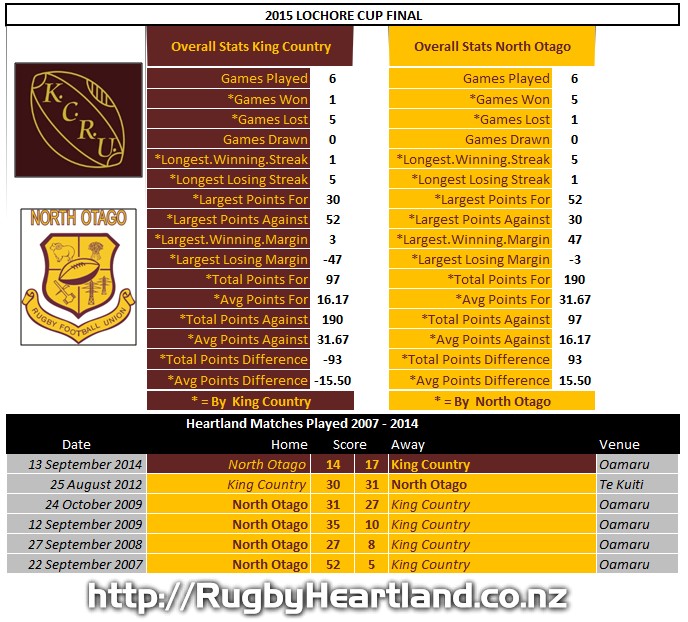 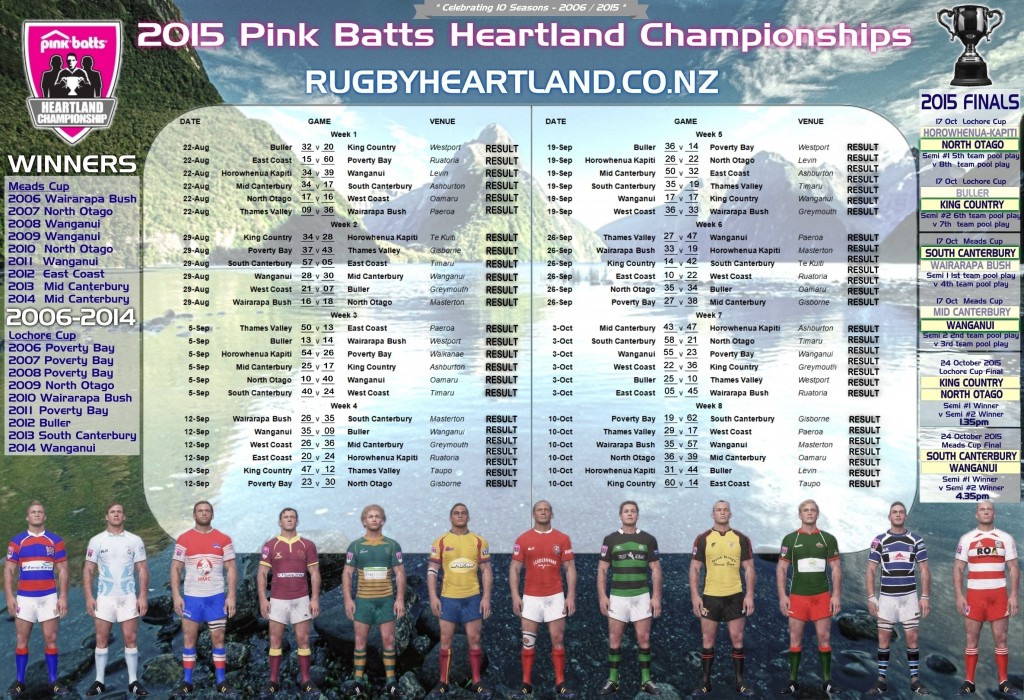