The 2017 Mitre10 Heartland Championships is now into Week 4 and it is the weekend in which we should have a clearer picture of the top 4 (Meads Cup) and middle 4 (Lochore Cup) as some teams look at throwing the dice for the lifeline they need to keep in touch with the leaders.

Thames Valley get the weekend underway at 1.30pm against 3rd place Buller, the Swampfoxes have held their own this season and with two narrow defeats to Wanganui and Horowhenua-Kapiti they will be looking to gain the scalp of the boys from Buller at home in Paeroa. A victory here for the Swampfoxes would see them keep touch with the leading pack, but the lads from Buller do have un-finished business as they look to forward to possibly going the final step to the Meads Cup final for a second year straight with of course the aim of this time winning it.

We then have two matches kicking off at 2pm with West Coast hosting Horowhenua-Kapiti and North Otago welcoming King Country.

West Coast need a victory at Rugby Park, Greymouth to build on their great 2-1 start to the season with 2 away wins they need to win at home, in their way though is Horowhenua-Kapiti, the ‘Nus men though have since 1961 had the wood on the Coasters giving up only 6 losses in 30 meetings with three of those losses though in the Heartland Championship ( 2007- 2008 and 2011), a battle royale is expected with celebrations leanng towards Troy Tauwhare the Coast Hooker who will be celebrating his 50th first-class match in which coincidentally matches his first 1st Class match which was against Horowhenua-Kapiti back in 2009 at Paraparaumu.

Then at 2.30pm the remaining games kick off with the only ‘same island’ fixture this weekend when Poverty Bay host neighbors East Coast, East Coast are desperate to break their streak of 27 losses in a row in the Heartland Championship and with the last 2 victories they have had, they were against Poverty Bay , the latest being at Ruatoria in 2006 in the annual Queens Birthday game. An epic clash is expected here and the winner will at least have a chance for Lochore Cup if this result kick starts their season.

Wairarapa Bush on the other hand meet Mid Canterbury at Masterton and the winner here will have an easier path to the finals. The Bush won their last encounter in Ashburton in 2006 and the Green and Golds will be looking to avenge that result. Wairarapa Bush though are still chipping away at the large point differential they picked up against Wanganui and will be once again looking towards victory to give them a boost up the standings.

The weekend preview ends with the Match of the round , South Canterbury currently in 4th place but only 1 point behind Wanganui whom they host in Timaru. the South Cantab’s are still smarting from their huge Hanan Sheild victory last weekend against neighbours Mid Canterbury , but a forecasted fine track and a purposed FULL STRENGTH Wanganui side will be a match worth watching as these two 2017 heavyweights go head to head. In Wanganui’s favour is their current head-to-head record versus South Canterbury recording only one defeat back in 2014 the only issue here is it was in Timaru and South Canterbury were running hot as they are this season, so a tight , titanic , EPIC battle is forseen here.

Week 4 Matches {3 Matches this weekend begin at the earlier kick off times of 1.30pm & 2pm respectfully}

Below are the Head to Heads since 2006 ( the beginning of the current format) , 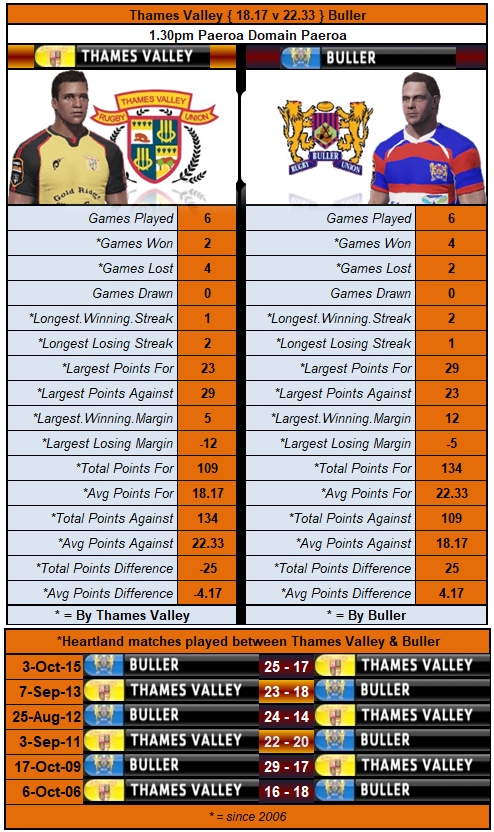 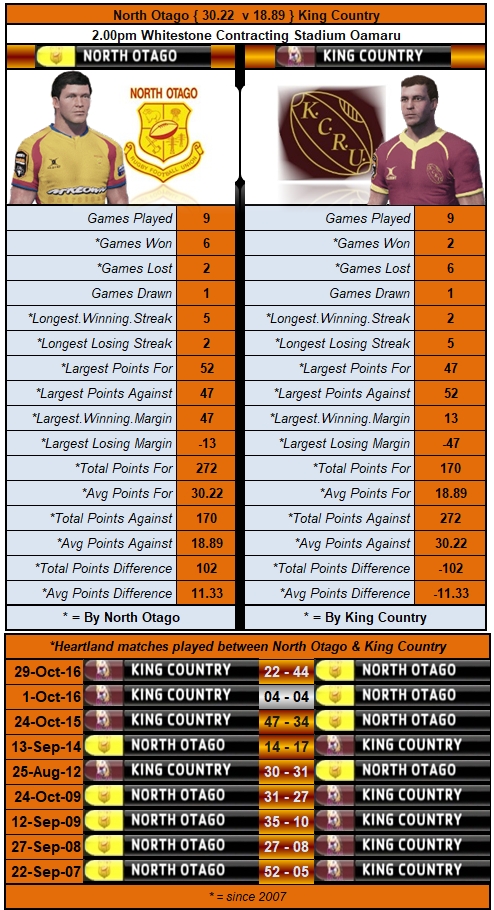 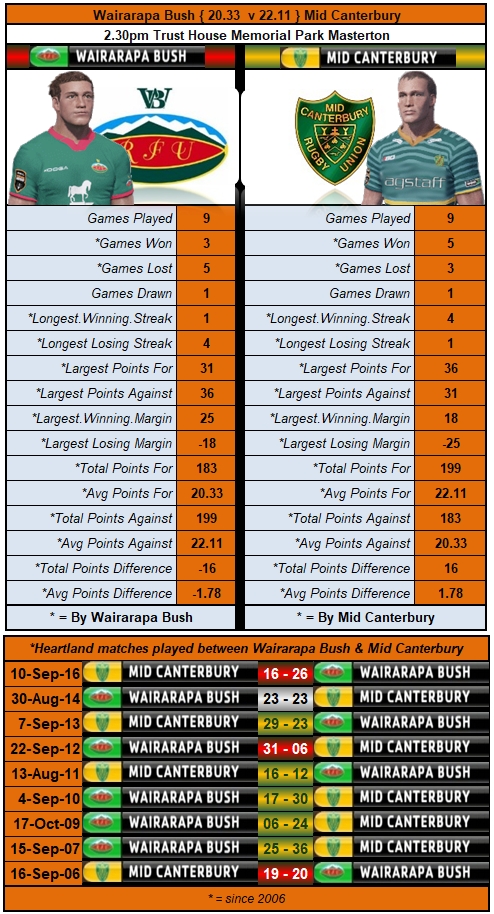 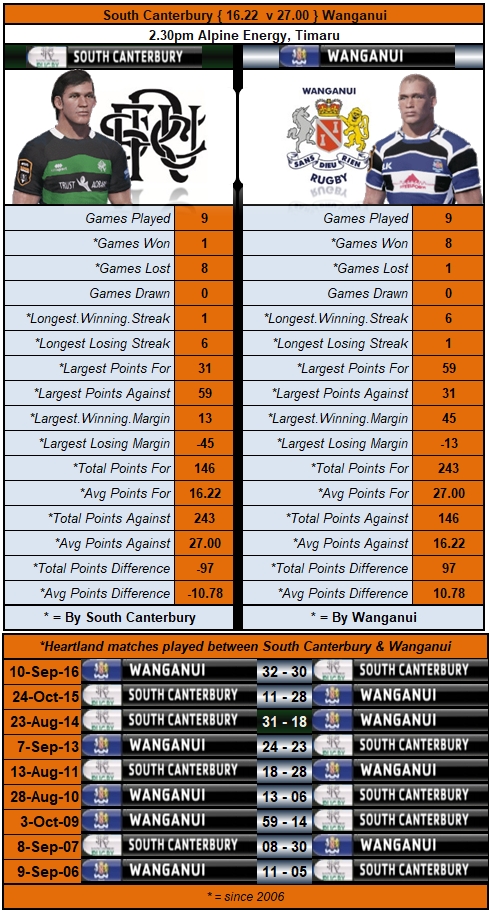 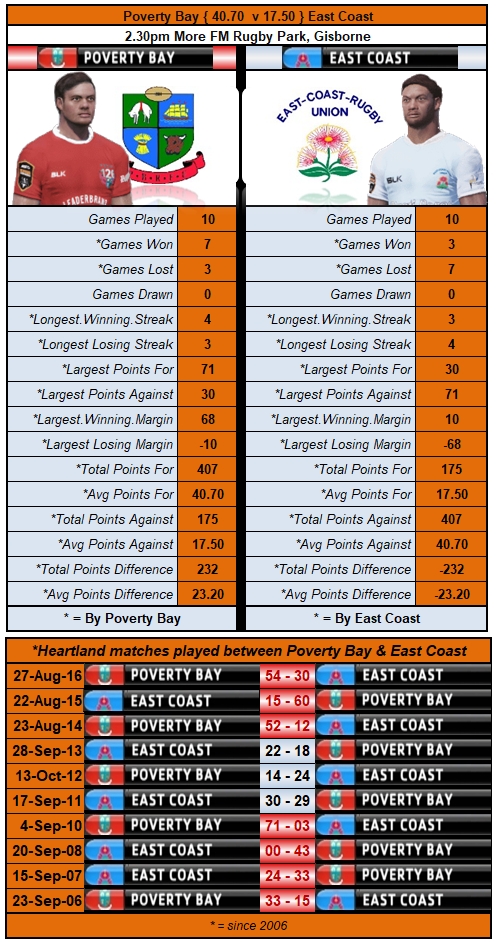 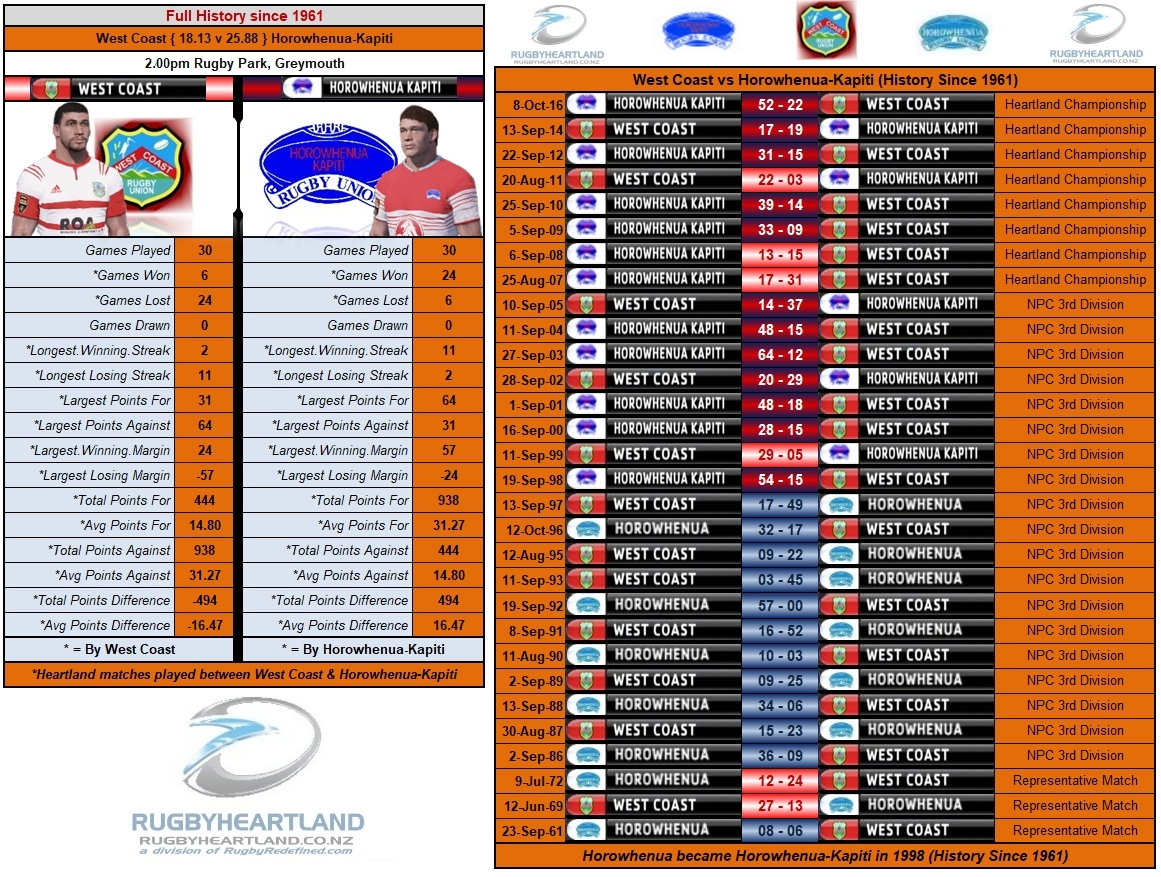 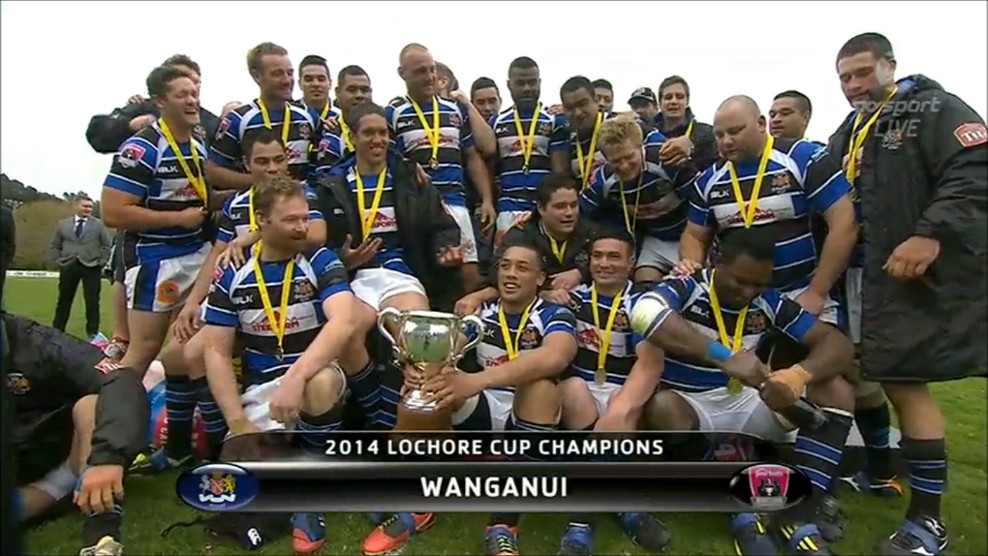