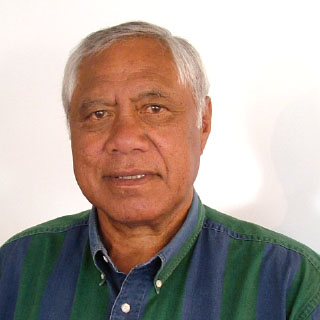 Maori All Blacks legend Waka Nathan (Ngapuhi, Te Roroa, Tainui) has been made a life member of the New Zealand Maori Rugby Board (NZMRB), at the Board’s Annual General Meeting (AGM) in Wellington tonight.

Nathan received the honour in recognition of the exceptional services he has rendered to Maori rugby.

The 77-year-old’s contribution to Maori rugby has been constant since he made his debut for Auckland before his 19th birthday in 1959 and toured the Pacific with the New Zealand Maori team later that year.

“Waka’s record speaks for itself and he holds a special place in Maori rugby folklore for both his deeds on the field and his personality and contribution off it,” NZMRB Chair Dr Farah Palmer said.

Nathan was not able to attend the meeting to receive his life membership, which was accepted on his behalf by Board member Bernard Te Paa.

Nathan also appeared 37 times for the All Blacks including an unbeaten run of 14 tests between 1962 and 1967.

Dr Palmer said 2017 had been a busy and successful year for Maori rugby.

“It was fantastic to see the Maori All Blacks involved in the DHL New Zealand Lions Series playing a key role in proudly showcasing Maori culture and Maori rugby to the world, despite not getting the result they were after.

“From the spectacular powhiri performed to the British and Irish Lions team at Waitangi Treaty Grounds, where a world record 7,800 people took part in a Haka, to the carving of seven Taiaha as trophies, and the manaakitanga extended to the Lions supporters across New Zealand, we celebrated our fantastic culture with our visitors.”

On the field Maori continued to excel with 11 Maori representing the All Blacks, 15 playing for the Women’s Rugby World Cup winning Black Ferns, 10 for the 2016/17 World Sevens Series winning Black Ferns Sevens and seven in the World Champion New Zealand U20s.

“Colin has made a significant contribution during his five years at the helm and I would like to thank him for his mana, magnitude and astuteness in steering the Maori All Blacks waka for so long.”

Dr Palmer said Maori rugby remained in good health with a 3.9 percent increase in registrations between 2016 and 2017 to 41,626 players, representative of 26 percent of rugby’s total playing population.

The E Tu Toa development programme aimed at keeping young Maori in the game was another major success with 250 players attending three regional Maori camps in April 2017 and 40 players at the first wahine U18s camp in Masterton.

A total of 16 Maori players were spread across the New Zealand Schools and New Zealand Barbarians Schools teams.

“I would like to thank NZR, Provincial Union staff and our regional Maori Boards for their substantial support in ensuring our young Maori players have the chance to develop and remain in rugby.”