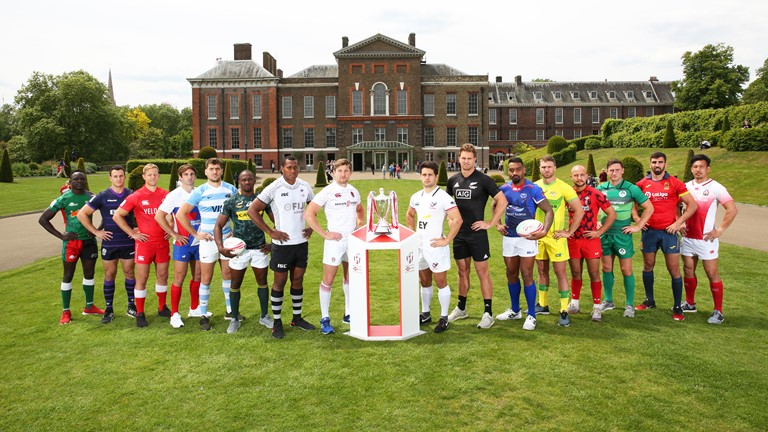 The All Blacks Sevens are in England and preparing to face three home nations on day one of the HSBC Sevens, drawn in Pool C alongside Scotland, Ireland and England.

The All Blacks Sevens team is;

The All Blacks Sevens head into the last two tournaments of the season with a strong squad.

“It’s really encouraging to have most of the guys fit and available, we are really excited by this team we’ve got,” said All Blacks Sevens coach Clark Laidlaw.

Speedstar Joe Ravouvou has been named as 13th man, which Laidlaw says shows the strength of the backline and rewards players like Jona Nareki and Regan Ware who are having breakthrough seasons.

An interesting pool assignment sees the All Blacks Sevens come up against Scotland, Ireland and England on day one and Laidlaw is well aware of the home support and lack of travel that will bolster those sides.

“The biggest thing they will bring is passion as they all have something to play for. We need to make sure we build our emotional levels to match those three teams – they are more or less all playing at home so we need to bring a real physicality to our game.”

Olympic Qualification is also front of mind, the All Blacks Sevens currently sit in third behind USA and Fiji.  They are nine and 23 points ahead of South Africa and England respectively and need to produce two solid performances over the coming weekends to cement their position in the top four.