Rebecca Mahoney is about to make rugby history once again, as the first woman to referee a Ranfurly Shield challenge – the latest on her impressive list of pioneering achievements.

Rebecca Mahoney knows controlling next week’s Ranfurly Shield match between Otago and North Otago will be the highlight of her career as a rugby referee. But, first things first, she has to corral 1000 sheep into the shed to be shorn.

She’s proud to be the first woman to ever control a challenge for the coveted Log o’ Wood, the holy grail of New Zealand’s heartland rugby. It’s recognition of her hard work and her evolution as a leading referee, and the next step towards her goal of blowing a whistle at the 2021 Women’s Rugby World Cup in her own backyard.

But, right now, the former Black Fern has more pressing business to deal with, on a much larger field.

The day after she flew home from San Diego, where she’d been refereeing in the Women’s Rugby World Series won by the Black Ferns, Mahoney was back in her gumboots, out on the 530ha farm she runs in Alfredton, near Eketahuna.

She was battling the rain to round up the ewes into the shearing shed. It’s the eve of lambing season, and she’s expecting 3500 births in the next six weeks. And she needed to get her dogs out for a run.

“I’ll have a bit of a blow-out with a different type of whistle,” she laughs.

“I often get told ‘you need to blow the whistle louder’ on the rugby field. And I’m like, ‘you know I spend my whole life with a whistle in my mouth, right?’.”

Although, she says, “life never seems to stop, on or off the field”, the 35-year-old farmer, businesswoman, wife and mum of two young daughters can’t wait to get back on the rugby field next Friday for her first Ranfurly Shield match.

Mahoney has had many highlights since she ended a 16-test playing career with the Black Ferns that included two victorious World Cup campaigns. She picked up a ref’s whistle in 2015 because she wanted to stay in the game.

In her first season as a referee, she was out in the middle controlling the grand final of the Farah Palmer Cup, the women’s domestic rugby championship.

She’s officiated at the Sevens World Cup, the Commonwealth Games and in a rapidly growing number of test matches, including two Women’s Six Nations tests in the Northern Hemisphere earlier this year.

“Whether it’s been a pinnacle appointment, or because you’ve just reffed a good game of rugby, or reffing your best mate in a club game, there are quite a few that stand out in different ways,” Mahoney says. “But this one will be the highlight of my career as a referee, no doubt about it.”

It’s going to be a big deal, not only for Mahoney. This is neighbours with Shield history going head-to-head; a special train has even been put on to carry Dunedin fans to Oamaru.

No one needs to remind Mahoney how steeped in history the Log o’ Wood is. As a girl, she grew up watching Ranfurly Shield games on television with her father, Neal Hull, analysing players and dissecting game plans.

“Being from a rugby family, I know the history of the Shield and what it means to everyone. It’s the piece of wood that everyone wants,” she says. “A lot of things these days lose their history to something newer, bigger and better. But the Ranfurly Shield has remained a really important part of our rugby history.

“I’m grateful to NZ Rugby, obviously, for this great opportunity as a female, but especially for me as a person. Hopefully it means I’ve ticked all the right boxes. Now I just have to go and enjoy it, do a good job, then get back to the farm and get more sheep in for shearing, I suppose.”

It’s an opportunity that not all top rugby referees in New Zealand get, either. Bryce Lawrence, New Zealand Rugby’s national referee manager, trots out the statistics.

“For the 115 years it’s been played for, just 220 referees have refereed Ranfurly Shield games. And most of them only do one game. There aren’t many who get a chance; a lot of referees never do a Shield game.”

Lawrence controlled six Shield matches in his own career.

“I know how much Becs is looking forward to it, and it’s obviously very special to her. It’s definitely a great opportunity to developing her towards the 2021 Women’s World Cup. We’re just trying to create as many different challenges for her to keep extending her, like we try to do with all of our refs,” he says.

“In the last couple of years, she’s done a really good job refereeing women’s test matches, and did a really good job when we gave her Heartland rugby games last year. So now we’re looking to keep pushing her a little further.”

“I think the pace will be different, which will be the biggest challenge for her. Everything will happen a bit quicker – the speed the players move at, the ball going from one side of the field to the other – and the time for decision making will be less,” he says.

Mahoney appreciates it will be faster – “ I’ll just have to run my little shoes off” – and also expects the match will carry a lot more emotion for the players. “But I won’t approach it any differently,” she says.

Lawrence predicts Mahoney’s debut refereeing in the Mitre 10 Cup, the pinnacle of men’s union rugby in New Zealand, “won’t be far away” – which probably means this season.

“It’s highly likely she will, and that’s being bold,” he says. “We’re taking the attitude that we want to extend all the women in our squad,  and not be afraid to be bold. You’re never completely sure if [a referee is] ready, but you never know until you give them the chance.”

Mahoney is one of six women in this season’s high performance referee national squad. Last season, she was one of the first two.

“It’s sending a good message to the other women in our national squad. If they get as good as Becs is now, and are ticking all the right boxes, then the opportunities will be there for them as well,” Lawrence says.

“They are young and keen, but like any young referee, they need more time and experience. They know the opportunities in women’s rugby – right now and in the next few years – are massive.”

Mahoney is thrilled to see more young women developing as referees; she fondly calls them “the babies”.

“I take my hat off to them. I could never have been a ref at their age. I was too selfish, wanting to win all the time and make it all about me,” she says. “I feel like a bit of a nana around them, but hopefully they see me as an old wise head.”

As a Black Fern-turned-referee, Mahoney’s example may be drawing in other top players – like Black Ferns fullback and police constable Selica Winiata, who’s now trying her hand at referring sevens.

“One of the hardest things for any referee is knowing the game, but they already know it,” Lawrence says.

While Mahoney says refereeing is more mentally demanding than her playing career at first five-eighths, it hasn’t been without its physical challenges. She’s suffered significant calf injuries as a ref.

“But right now I’m in a really good space physically,” she says. “There are big expectations from NZ Rugby around fitness standards, so for me it’s about hitting the men’s standards, so there will be no questions asked of you.”

She now wants to ensure her body “holds together” for the 2021 World Cup in New Zealand.

“It’s the ultimate goal. You have to continually strive and set goals for yourself. Even in our farming business, I’m all about how to make it more profitable. I’m always striving to reach the next thing above me,” she says.

“I’ve just got to keep doing my thing, and if I don’t get selected, then it won’t be because I haven’t tried.”

Lawrence is conscious that NZ Rugby need to “show World Rugby that she has the ability to do it – and there’s no better way than putting her out there”.

He would be surprised, he says, if New Zealand didn’t have more female officials at the 2021 tournament.

Right now, there are around 1800 rugby referees in New Zealand, but only 70 of them are women. Lawrence wants to double that.

“The women’s game is going through the roof player-wise, but all those players need referees,” he says.

In a first for world rugby, as far as Lawrence can tell, NZ Rugby will appoint a national women’s referee development manager next month.

“I hope that having someone in that seat will drive a lot more work in that area. Ultimately I’d like to see [a woman] become a fulltime professional referee.”

It remains to be seen whether Mahoney would want to follow the professional path. She has the beef and sheep farm to contend with, and her husband Luke has his own sheep crutching business.

Then there are their daughters, Amber and Harper, who are both at primary school.

“I have lots of good people around me, lots of support and good babysitters – and two very understanding children,” Mahoney says.

“I just want to make my daughters proud of me, in all aspects of what I do in life – whether it’s my rugby, me as a mum, or a business owner. I always strive to let them see that anything is achievable.

“Yes, you can be worried and scared, but unless you have a go, none of those things will stand in your way. I still get nervous, but that’s exciting.

“I just tell them ‘the world is there to be travelled, things are there to be done, and it’s up to you if you choose to make a go of it or not’.”

* Otago kicked off their 2019 defence of the Ranfurly Shield in Wanaka last weekend, beating Thames Valley, 41-21. Their opponents, North Otago, are one of the country’s smallest unions – who’ve never held the Log o’ Wood. Their first Shield challenge, in 1938, was also against Otago, which they lost 12–0. The closest they’ve ever come was in 1974, when they were beaten 9–3 by their other neighbours, South Canterbury. 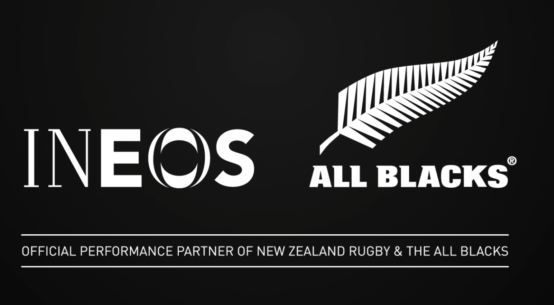 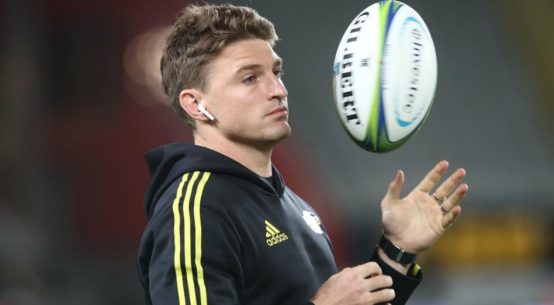