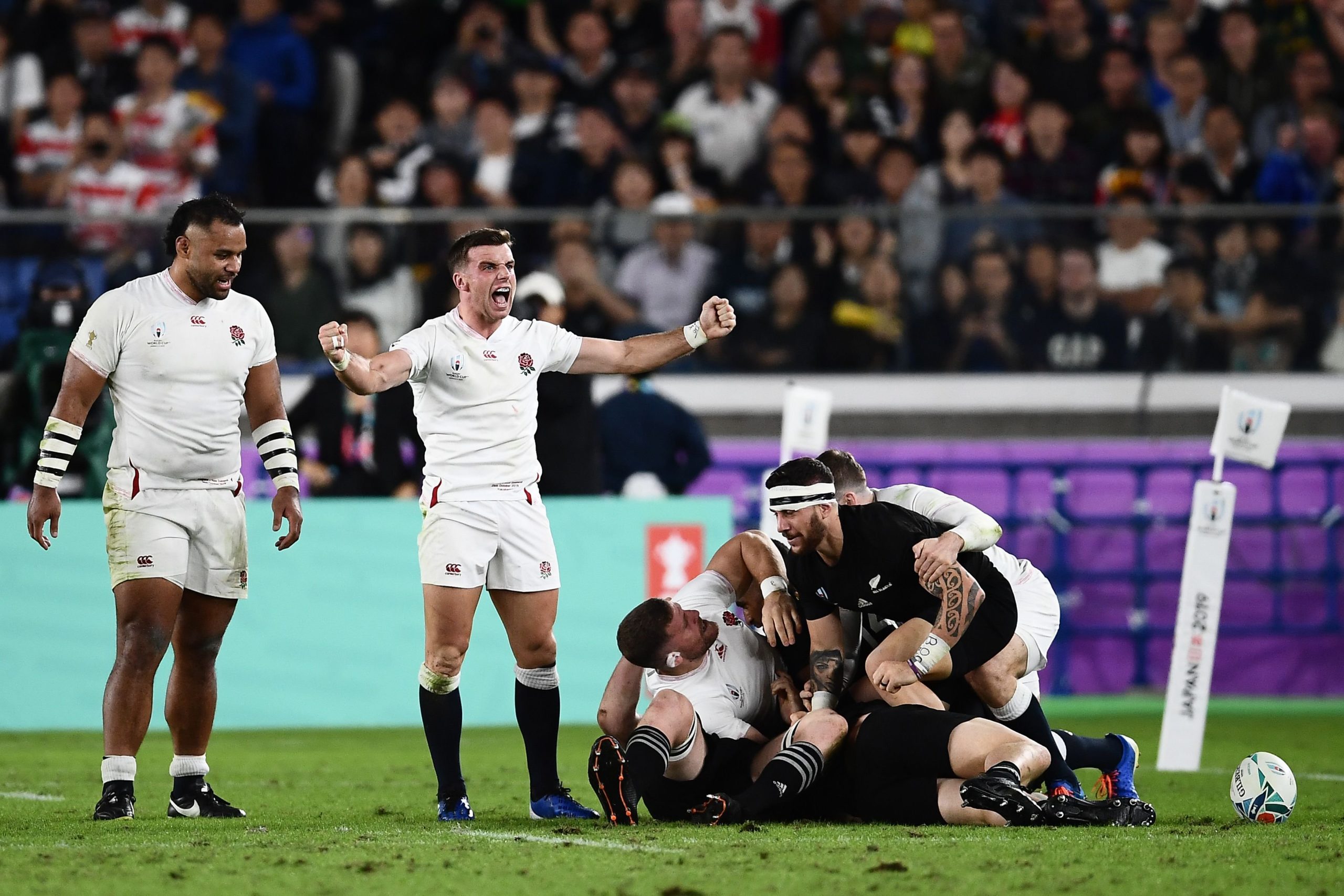 TOKYO – England produced one of their greatest ever performances to inflict New Zealand’s first World Cup defeat since 2007 following an incredible 19-7 triumph.

Eddie Jones’ men were simply outstanding and the first half set the tone with them going into the interval 10-0 ahead via Manu Tuilagi’s try and George Ford’s penalty.

Ford then added a second three-pointer before the All Blacks came back into the contest through Ardie Savea’s opportunist score, but Ford kicked a couple more off the tee to secure the win.

Having won the global tournament in 2011 and 2015, they have not succumbed since losing to France 12 years ago, but England deservedly ended that superb run on Saturday.

There was an air of confidence from the English camp going into this encounter and they produced an absolutely blistering start. Elliot Daly set the ball rolling, breaking a tackle and off-loading to Anthony Watson, who took them up to the 22.

They then showed outstanding patience to go through the phases and good work from Kyle Sinckler moved the Red Rose to within inches of the whitewash. With the All Blacks’ defence in disarray, Tuilagi spotted the space to power over and provide the 2003 champions with a seven-point buffer.

Not content with that score, Jones’ charges continued to dominate and create opportunities. Jonny May thought he was away, only to be prevented by Scott Barrett’s brilliant cover defence, before Sam Underhill was correctly denied a try for crossing.

To New Zealand’s immense credit, they held out brilliantly and, from England’s first loose kick, they manufactured a wonderful attack. Brodie Retallick made the initial incursion before the ball was shifted to Beauden Barrett, who duly found Jack Goodhue, but the centre was well marshalled into touch.

That attack displayed the defending champions’ threat, but those moves were few and far between as England remained on the front foot. The Red Rose were excellent but only had a Ford three-pointer to show for their efforts going into the second period.

Steve Hansen’s men began the final 40 minutes looking to play from deep but they were often caught out and were almost punished. After England had set up a maul, Ben Youngs broke off the back to seemingly score, but TMO Marius Jonker spotted a knock-on in the build-up and it was disallowed.

Jones’ charges did manage to increased their buffer, however, via another Ford penalty, but New Zealand began to assert some authority on proceedings. They almost created a score for Sevu Reece and, although the wing was tackled into touch, the Red Rose lost the resultant lineout and Savea touched down.

It was a huge mistake from England, an error which could have handed the momentum to their opponents, but they simply reset and increased their lead through the boot of Ford, who added two more three-pointers.

The defending champions simply had to chance their arm but the Red Rose’s defence was magnificent and, despite a couple of significant forays, they brilliantly held out to move into the final.

Waikato and Taranaki in pre-season stalemate