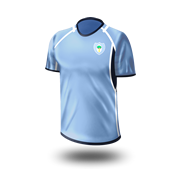 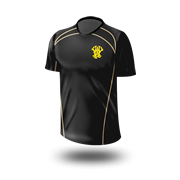 In what is one of the great upsets in recent ITM Cup history, Northland have re-written the history books with a 35-5 beating of Wellington, the greatest victory between the sides since they first played in 1939.

The home team were brilliant, they were patient and while the Lions might have been their own worst enemies, capitalising so clinically on opposition mistakes is not always a formality – and Northland pounced like, well, a Taniwha.

The scoreline doesn’t tell the full story, with Wellington boasting the better of most statistics throughout the game, and while some might scoff at such suggestions, consider that the tourists spent close to quarter of an hour in Northland’s 22.

It was a dramatic turnaround after last year the Lions made the Premiership decider, while the Taniwha finished sixth in the Championship.

Chris Boyd’s troops are now without a win from their first two matches, and face an awkward debrief where most numbers would usually suggest a comfortable victory.

Northland meanwhile has put together a performance signalling their threat in the second tier of the ITM Cup.

Dan Hawkins opened the scoring with a penalty in the 4th minute, but then Northland pounced, when Wellington, despite a period with the ball in hand, made a crucial mistake.

Jone Macilai-Tori scored when Lions fullback made a mistake, and the big left wing strode unopposed to score the game’s opening try.

He and the Taniwha would benefit again in the 24th minute, with a turnover at the ruck giving the hosts their second try and a solid 15-0 lead early.

“Wellington seemed to be doing plenty right, but there was an obvious hunger about Northland allowing them to turn their chances into points, whereas it appeared that it wasn’t the Lions day as they fumbled numerous opportunities.”

With the score at 15-0 the teams went to the sheds, but despite a seemingly calm Boyd addressing the tourist’s dressing room, the second half was more of the same.

The first ten minutes of the final stanza played out like most of the first.

Wellington continued to put together plenty of phases, but were being frustrated by a well drilled Northland team that was nailing the basics.

Hawkins would kick a penalty, and then reserve forward Dunn would benefit as Northland continued to put together key breaks that were leading to point’s yielding chances.

Dan Pryor would score two more tries to close out the match, which shot the Taniwha to be provisionally second on the ITM Cup Championship.

Wellington fullback would score a consolation try, but the day belonged to the hosts.

If Auckland take one bonus point from their match later in the round, Wellington will close out the round bottom of the Premiership table.