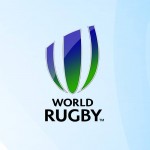 “It’s great news that New Zealand will have such a well-respected representative on both committees. It’s particularly important that New Zealand’s voice is heard on the Rugby Committee and I am sure Mark’s great understanding of the game will add real value to its deliberations.”

New Zealand has not had a representative on the Rugby Committee since the retirement of former All Blacks captain Graham Mourie last year.