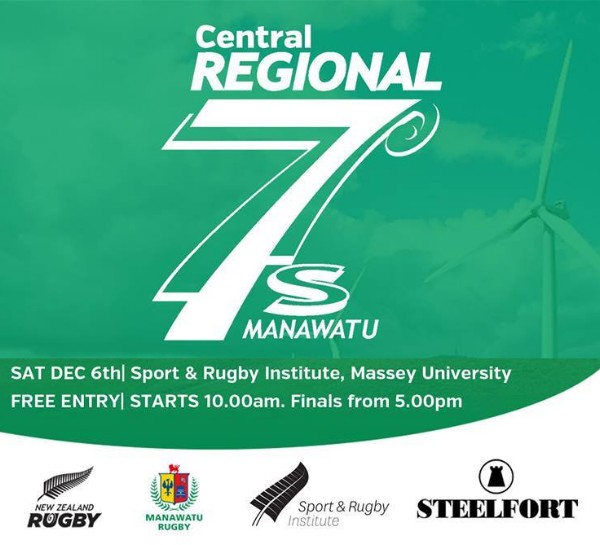 The representative Sevens season proceeds in earnest on Saturday in Palmerston North with the Men’s and Women’s Central Region Qualifying tournament for the Sevens Nationals in the New Year.

All eight Hurricanes region sides plus Taranaki will contest the Men’s side of the draw, with five spots for the Nationals up for grabs, while Wellington, Wairarapa-Bush, Manawatu and Taranaki will be chasing three places available for the Women’s Nationals.

The Men’s competition will operate with three pools of three teams. Defending National champions Wellington, Taranaki and Manawatu are top seeds of each of these pools, while last year’s winners of this tournament Hawke’s Bay are grouped with Manawatu.

Hawke’s Bay knocked Wellington out of this tournament at the semi-final stage last year, winning 26-24, and went on to beat Taranaki 24-19 in the final.

The four Women’s teams square off in a one-pool round-robin before a straight 1 v 2 final and 3 v 4 playoff. Manawatu beat Taranaki 40-14 in the Women’s final last year.

All provinces have been fine tuning their preperations with appearances in various local tournaments over the past few weeks.

Saturday’s tournament is one of three qualifying events for the National Tournament on the weekend of 17-18 January, with the Northern Region qualifiers in Hamilton on Saturday and the South Island tournament in Timaru next weekend.

The tournament at Massey University is live on Sky TV from 12.20 pm.