Preview: Taranaki aware they won’t slip under the radar 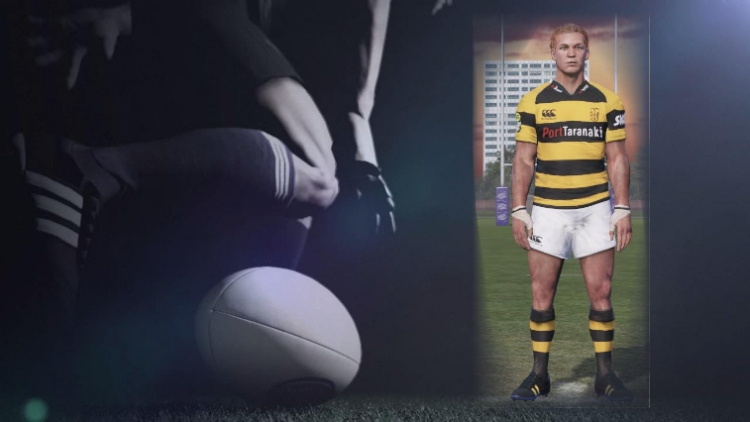 In 1985 Auckland became the first team in a decade of NPC competition to go back-to-back, and champion’s Taranaki will enter an exclusive club if they can defend their 2015 ITM Cup crown, becoming the third union to achieve such a feat.

Only the blue and whites and Canterbury have claimed consecutive trophies, overall it has only occured nine times since 1976.Auckland (6 back-to-back wins) and the red and blacks (3) had this success during significant eras for the two unions where they could have been ranked among the best sides in the world.The 2014 Amber and Blacks wouldn’t suggest they are in such company, this was their first ‘division one/premiership’ title to go along with seven NPC division two crowns won, the last of which came in 1995.

However their history winning run in the Premiership last season boasted team and tactics to overcome all opposition, putting together a series of stats that broke many offensive records for the union.

It wasn’t perfect, defence wasn’t always a priority and the side turned over a lot of ball in their quest to play such vibrant rugby.

But a reward has been increased All Blacks selection, spearheaded by Waisake Naholo and James Broadhurst, while a stable squad will ensure that Naki have every chance of winning their second ITM Cup.

It brings back memories of the famous Taranaki teams of the late fifties and early sixties.

Those sides embarked on two Ranfurly Shield tenures (defending the Log o’Wood 13 and 15 times respectively) which saw their Test representatives surge in number.

Those were the days when first five-eighth Ross Brown, props Ian MacDonald and Ike Flavell, flyer Terry O’Sullivan and mastermind Neil Wolfe and others were so good to watch in the Amber and Black, and as a consequence festival like atmospheres descended on New Plymouth with regularity.

Last campaign had a similar feel, there was real buzz around Yarrow Stadium.

Te Torioa Tahuriorangi, Reuben O’Neill, Avon Lewis and Latu Vaeno are the only new players in the 2015 squad, similar to the stability seen during those heady days 50-60 years ago.

Crowds connect with this team, and this excitment grew with each victory Taranaki claimed in 2014, leading to victory parades the rugby region hadn’t seen in years.

The return of 26 championship winning players will boost confidence ahead of what promises to be a tough defence, head coach Colin Cooper has warned that last campaign’s success might have caught some of the other provinces off guard.

After all, in 2013 Taranaki finished sixth overall in the Premiership with just three wins – and not many would have picked them 12 months ago to win the whole thing.

But much of their success last season which was based around an attacking game that surprised despite the regularity they scored 30 plus points (eight occasions including both finals matches).

Naholo was outstanding, but he and the backline would not have flourished without the hard yards of Broadhurst, Blade Thomson, Mitch Crosswell, Angus Ta’avao, Rhys Marshall and Iopu Iopu-Aso.

The union scored nearly 200 more points last year compared to the campaign before, while Seta Tamanivalu, Riki Hoeata and Codey Rei were among a host of players who came of age tactically.

Rei showcased Taranaki’s evolution in the Premiership, the side relied on the boot rather than their ball in hand offence to triumph over Tasman in the decider, a step away from their usual game but one that showed how mature their game management had become.

The title holders open their season hosting local rivals Wellington, now an ITM Cup Championship team, followed by their first away game in round two, against the Blues at Eden Park.

The Amber and Blacks then host Otago and Counties followed by a trip to Whangarei to play the Taniwha to complete their opening four rounds in a tough five game opening to their 2015 season.

Taranaki’s finish to the regular season is one for the romantics, they play the promoted Turbos in their penultimate round and then host Tasman in a pseudo re-match of last year’s final.

New Zealand Rugby in the black for third successive year