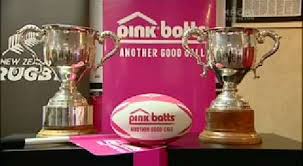 With two rounds of the Pink Batts Heartland championship remaining, Mid and South Canterbury and Wanganui seem likely to claim three of the four Meads Cup play-off positions after Round Six games on Saturday.

Mid Canterbury remain on top with 27 points while South Canterbury are two behind with Wanganui now on 23 points.

Fourth-placed Horowhenua Kapiti lost to Wairarapa Bush 19-33 and North Otago, who survived a last act conversion from Buller that was ruled to have grazed the outside of the goal post, moved into fourth on 18 points.

Seta Halaleia scored a hat-trick of tries for North Otago, who have two tough games to finish against South Canterbury and Mid Canterbury before they can claim a play-offs place.

Wairarapa Bush are right behind them in fifth place on 17 points. They have have games against East Coast and Wanganui left while Horowhenua Kapiti play Mid Canterbury and Buller. 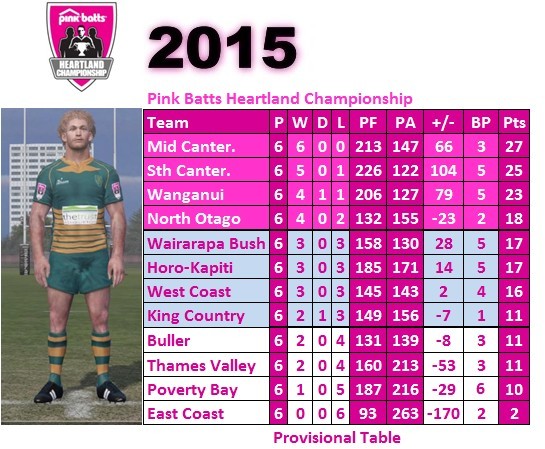 Host of newcomers for Wai-Bush