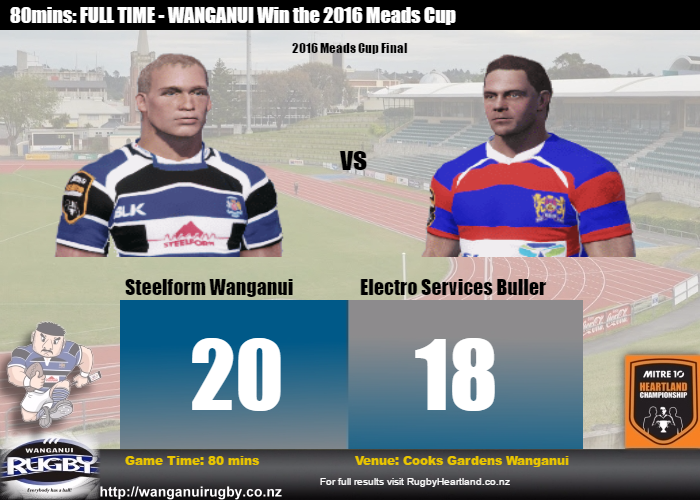 Winning finals is something Wanganui have made into an art form and they did it again when winning the Mitre 10 Heartland Meads Cup final 20-18 over Buller in Wanganui on Saturday.

In 11 years of Meads Cup play under the format Wanganui have appeared in all but two finals, winning five of them, and in one of the years they didn’t qualify they won the Lochore Cup.

It is an impressive record in the Heartland competition and that showed when they didn’t manage to get the match-winning lead until the 70th minute of the game when big lock Gavin Thornbury scored what proved the deciding try.

Early on, Wanganui looked to make a comfortable start but Buller put in a strong effort to draw level at half-time and then taking the lead early in the second half to put Wanganui under rare pressure.

Wanganui were denied a try when a strong surge at the line saw the TMO unsighted on the grounding. But in subsequent play, from a lineout just outside the 22m area, Wanganui ran the ball and right wing Te Rangatira Waitokia entered the line and took a gap before finding second five-eighths Craig Clare unmarked outside him to score in the opening try 19 minutes into the game.

Buller demonstrated the potency of their attack when able to put their moves in place in the 33rd minute. From a scrum, first five-eighths James Lash threw a flat pass into a gap where fullback Anthony Tailua hit the ball at speed to thread the needle, sidestep a solitary defender at speed and score under the posts.

There was far more of the orthodox about Tailua’s second try scored five minutes into the second half. It came from a Buller scrum five metres out from Wanganui’s goal-line. Lash threw a long ball and Tailua was able to step inside the defence and cross for the try.

Wanganui were forced into rare panic mode in the middle stages of the second half. They had ample chances to add to their score but were beset by handling woes at crucial moments, although some of that was due to impressive Buller defence. All they could claim was a Clare penalty goal.

Later a series of defensive mishaps by Buller, after a Tailua kick ahead was returned with interest as two key handling mistakes were made as wing Setefano Sauqaqa and Lash dropped the ball between them, and then Lash, covering, wasn’t able to hold the ball. But Wanganui managed to get themselves at the breakdown five metres out from Buller’s line, and Buller cleared downfield.

However, they came back in a 10-phase play they saw centre Blake Hohaia’s sheer determination get him through the defence before finding lock Gavin Thornbury on his inside and with an unimpeded path to the goal-line to score the try which, when converted by Clare, gave Wanganui a 20-18 lead with 10 minutes remaining.

Buller stormed back onto attack but forward passes and turnovers proved costly while an attempted penalty goal attempt with five minutes remaining missed. But two minutes later he was given another chance to level the scores and again it missed. 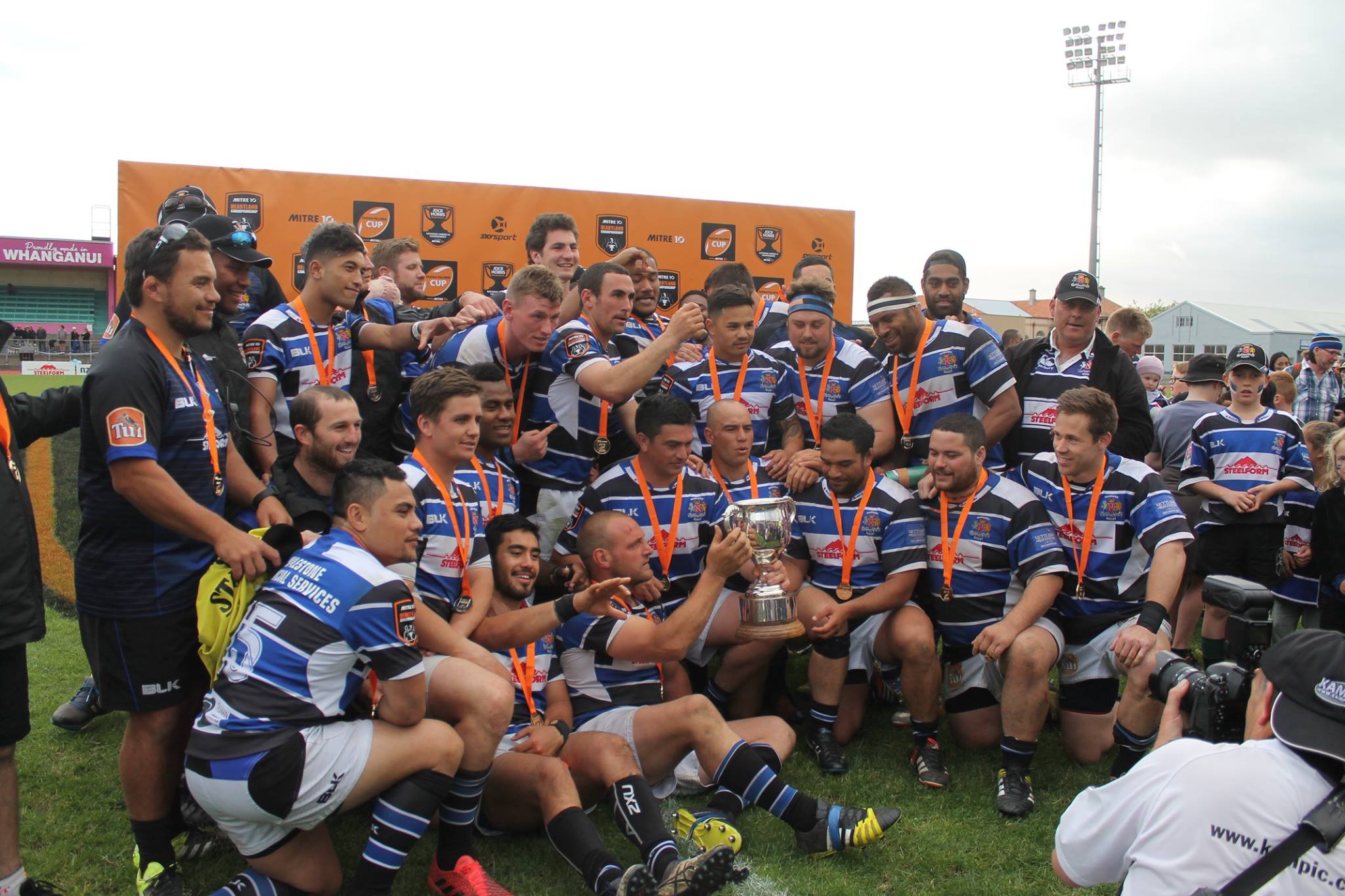