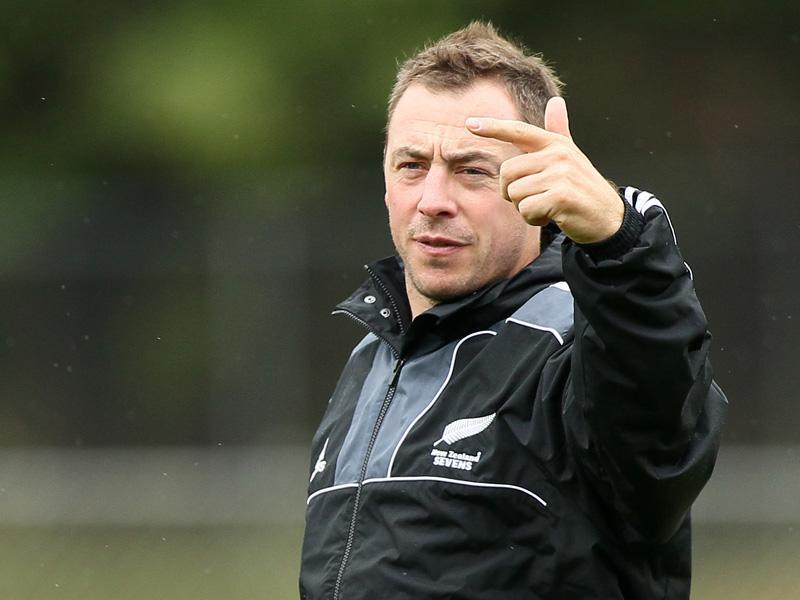 Experienced sevens and rugby coach, Clark Laidlaw, has been appointed as the new Head Coach of the All Blacks Sevens, New Zealand Rugby announced today.

Laidlaw has previously been the All Blacks Sevens skills coach and video analyst, the programme lead for both Taranaki and Wellington Sevens, the Hurricanes assistant coach and is currently the assistant coach of London Irish. Laidlaw also played sevens for Scotland between 2004-2007.

New Zealand Rugby General Manager of Rugby Neil Sorensen said appointing Laidlaw was about getting the best person for the job.

“We are very excited to have selected a coach of Clark’s caliber to lead the All Blacks Sevens to success at the Tokyo Olympics in 2020. His specialist experience as both a sevens coach and player makes him uniquely qualified for this role.

“Our priority was getting the right coach with the long-term vision to win Olympic gold. So while we would have loved Clark to start straight away, we are happy to wait until next year because he is the best person for the job to build a winning sevens team over the long term.

“Clark has the vision to develop an exciting sevens team and the skills to develop quality rugby players that will add to the pool of talent in the New Zealand rugby system.

“Clark has a proven track record in rugby. He was an innovative coach of the Taranaki sevens team and a respected skills coach of the All Blacks Sevens. He is well known and respected in rugby and it will be great to have him back here.”

Clark Laidlaw said he was excited about the new role.

“I am massively honoured to be coming back to coach a team I have always considered very special. I’m also excited about coaching a team I’ve previously worked with and played against.

“My goal is to develop a world class programme that sees players peak at pinnacle events.  Everything is going to be geared towards bringing home gold from Tokyo in 2020.

“I intend to build a technically, tactically and physically integrated programme that grows great players and delivers success on the field. Sevens should be a route to develop players for Super Rugby and the All Blacks, and be an important part of players’ development pathways.

“I’m excited to be coming back to New Zealand. I previously lived here for seven years, I’ve got great friends in the New Zealand rugby community and it’s where my wife and I want to raise our daughters. I can’t wait to get started.

“This is a great move for both me and my family, and I would like to thank London Irish and New Zealand Rugby for working together to make this move happen,” said Laidlaw.

New Zealand Rugby has also announced that experienced sevens coaches and former All Blacks Sevens players Scott Waldrom and Tomasi Cama and will form the coaching team for the upcoming World Rugby Sevens Series tournaments starting in Dubai in December.

“We have established an interim coaching team to grow our sevens coaching depth. Scott and Tomasi are two young men with a lot of sevens experience already. But we’re excited about giving them the opportunity to step up and further develop their coaching skills,” said Sorensen.

He has also been the elite development coach at Taranaki Rugby and was a New Zealand under 17s selector.

From 2001 to 2007 he was a professional rugby player, playing for Scotland in the World Rugby Sevens Series.